I have another guest post for you this week! This is from Cari Prez, and I’ll just let him explain who he is:

“I’m just your regular guy who listened to music a little too closely as a kid. I ended up trying to learn how all of it was done, from the arrangements, to the positioning and balance of the instruments, to even listening extra close to figure out exactly how a harmony was sung and layered with a lead vocal and then replicating it myself. Learning the piano by ear, studying the production of my favorite artists, from Journey to Linkin Park, Adele, and everyone in between. Another thing that I can say is I really enjoy music scores, specifically from Hans Zimmer and James Horner. They were also huge inspirations and motivated me to do some theatrical scores as well because of their deep sound.”

Cari Prez is an amazing producer, and he agreed to give us 10 tips in Production. I’m so excited to share this with you! 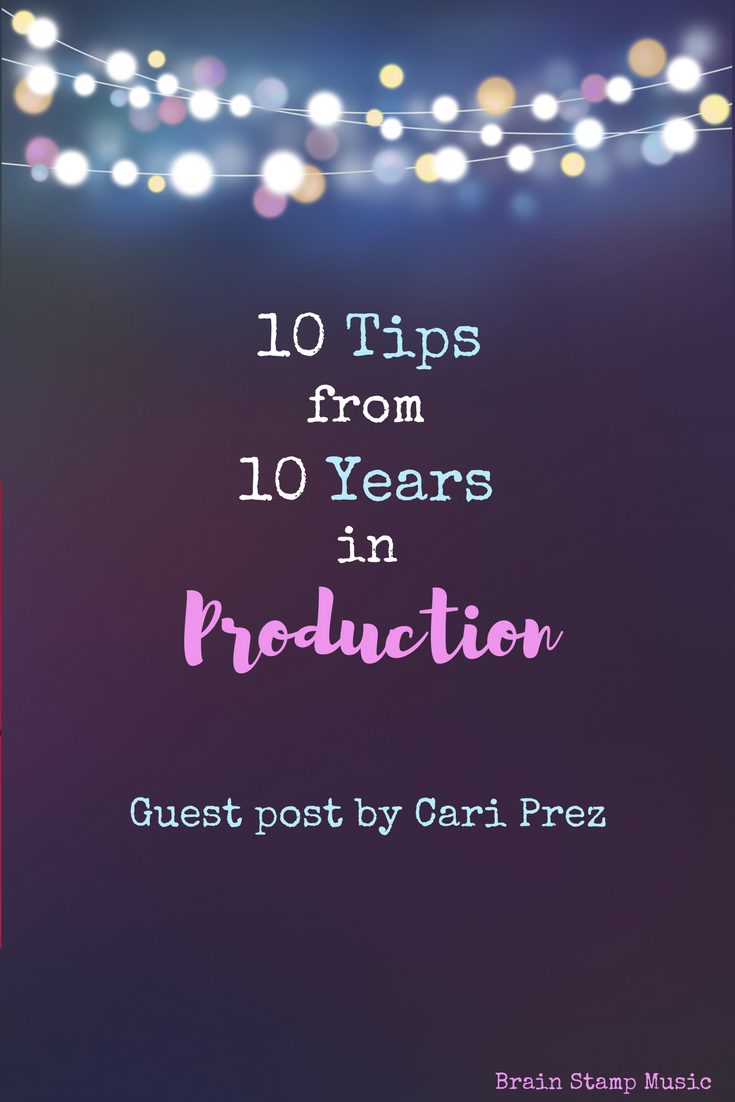 Music production may seem glamorous and easy, but it can be a tough concept to understand. Like anything worth doing, it has its bumps along the road and a pretty steep learning curve. So, I’ve come up with a mix of 10 tips that I’ve learned in my 10 years of experience to help those new to music production that can help you stay on track.

Tip 1: It’s okay to not sound amazing right away.

Most people who try new hobbies tend to get discouraged once they realize that it’s a lot harder than they were led on to believe. Or, because they didn’t get it right away, they assume they never will. Sure, there may be some incredibly gifted people who can grasp the concept of music production in the minimum amount of time, but for the rest of us, it takes time to understand how certain things work. As the old saying goes, ‘Rome wasn’t built in a day.’

Tip 2: You can break the rules only after you’ve learned the rules.

This only applies to certain things like music production, so please don’t go run a red light. In order to let your creativity flow the right way, you need to know how something works first before applying a radical twist to it. There’s a big difference between me painting a sloppy mess and a painter painting an abstract piece. He knows what he’s doing, I do not.

Tip 3: When having producer’s block, listen to another genre.

This may seem counterproductive because you’re straying away from what you’re originally doing, but hear me out. It helps. By forcing yourself to listen to a different style of music, you force yourself to think outside of the box. I’ve had countless times where I’ve had producer’s block and I couldn’t come up with anything. When I listened to something similar, the result was frustrating. I found myself subconsciously trying to reproduce the same music I was listening to, which made my production sound like a duplicate. It wasn’t exact, but another producer with good ears would be able to tell where I may have replicated other songs. Now if you were to listen to something completely different, you take away elements from that genre and bring them into your arrangements. You get something that sounds like a fresh new fusion instead of the same old stuff.

Tip 4: Do NOT be a perfectionist.

It took me so many years to shake off the habit of wanting everything to be perfect. I spent a good amount of those 10 years hoarding my music instead of releasing it to the world. Though you may think the best thing to do is to make all the right tweaks to your music before you let anyone hear, it’s actually holding you back. You hang on to a song you really like, you make one change, and it completely alters the feel of the song, so you make another and another. Before you know it, you’ve spent months making minor tweaks that no one would have ever noticed. One thing that any artist should keep in mind when trying to reach for perfection is this: People will love your music for the story it tells and the emotion you convey, not because your drums are compressed to perfection or because your vocals sound crystal clear. Release your music. As Wayne Gretzky said, “You miss 100% of the shots you don’t take.”

Tip 5: Use your smartphone for more than texting and browsing the web. 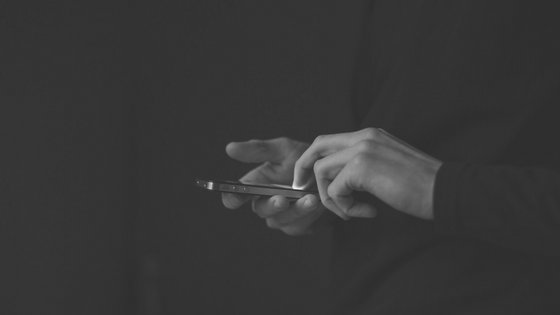 One of the biggest issues I used to have was that I always had my greatest production ideas at the most inconvenient times. My mind would come up with full arrangements and catchy melodies while I’d be at work, out for dinner, shopping, and even driving (where was that inspiration when I was in front of my keyboard?). I started using the recording feature on my phone that every smartphone should have by now. These days, once I think of something on the go, I’ll just step aside for a moment and record myself humming a rhythm (bass), banging on a desk or wall (percussions/drums), or just humming a melody so that once I get home, I can translate it onto my keyboard to my DAW. It has been a time saver to this day.

If you’ve learned music theory, it may be easier, but if you create by ear like me, it’ll be a little tougher at first. One of the fun things to do and better ways to make you think differently is to recreate your favorite music. If you follow a particular artist or producer, this provides insight on what they aim for when creating their music. When you mimic their production, you get to discover what chords they like to use more often than others, how they program their drums, when they like to bring in certain instruments and when they like to take them away. I’ve learned a lot of quirky riffs and chord progressions by just replicating video game songs and giving them my own personal twist.

Tip 7: Play with your pitch and tempo.

Sometimes you can get bored of the music you make because you feel like you’re in a rut. All of your music can start to sound like one continuous track. If you produce your music in a DAW, you can change the speed or pitch of your song. I like to use both because you get a sound that’s different from your original song. This gives you a new perspective on it. You can use this to make a new chord progression that goes along with this pitched version of the song to have something new and different.

Tip 8: Learn when to start over. 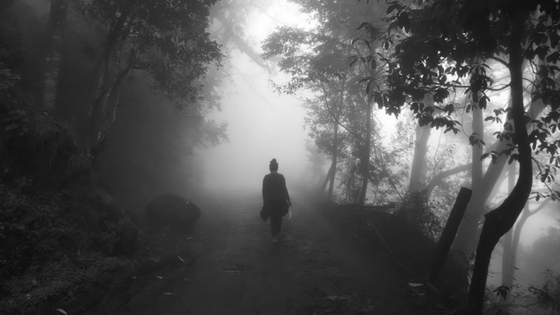 Sure, this can sound like admitting defeat, but that can be a good thing. I don’t necessarily mean you have to give up on a track altogether, but through trial and error, I’ve learned to give up certain things when producing. Sometimes, I will try so hard to make a piano progression and a drum pattern work, and it just won’t happen. I’d say over half of my productions have a few muted sections. Those muted sections would be the arrangement sections I “gave up on.” Instead of deleting them, I just mute them. They might sound good, they just don’t go well with THIS particular arrangement. I may go back to them for a new track later on. When I start over, I’ll either leave the drum loop or piano on its own. I’ll build again from it, depending on which sounds more like what I had in mind. From there, I’ll use the lone section as the foundation for the track, and I’ll give it another shot with fresh ears. Usually, the third time is a charm.

If you have no deadlines, you have an almost infinite amount of time to produce one track. When will you release it? In two days? Four weeks? Next year? No one knows, not even you. Deadlines force you to complete something. Having the freedom to take random breaks from production by having a TV nearby or my phone at my desk really affected my focus. This led me to postpone finishing any portion of a track. I was spending days listening to a 30-second loop I created weeks ago, trying to figure out where to go from there. Eventually, a time in my life came where I had no internet and no service on my phone. I wound up going to the library for school work to connect to the internet. Their Wi-Fi was incredibly slow so I was disconnected from the world (my definition of dark times, ha!) I had to do something while I was there so I decided to bring my headphones, external hard drive, laptop, and my small midi keyboard. My production increased dramatically. I was producing new songs daily within a few hours. No phone, no internet, no outside noise, big win for my production.

No phone, no internet, no outside noise = big win for your #music production. #CariPrez Click To Tweet

Tip 10: Grasp the concept of one thing instead of learning many new things every day.

Learning many things at once will cloud your mind with vague thoughts. You’ll sort of know how a plugin, chord, or technique MAY work, instead of actually knowing HOW it works. Watch tutorials over and over if you have to. I know I did. You will understand it eventually. It took me almost a year just to understand how compression worked, but I learned it by sticking to it.

The key to all of this is consistency. Every skill works the same when you’re learning. The only direction you can go is up. The only way you can go down, is if you give up. As long as you dedicate some of your day to work on music, you will grow and get better. I hope these tips can help many of you out there in improving your focus and approach to music production. Best of luck to all!