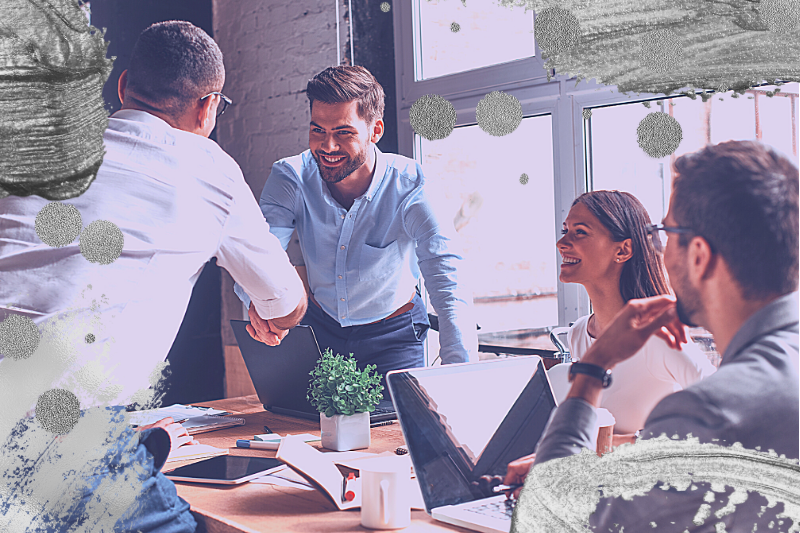 Music Industry Terms are important for anyone in “the biz” to know. My guest post today is from Charles Vallena of TheGuitarJunky.com – please check out his info below!

Common jargon in the music industry is something you should familiarize because you will be hearing more of these words as you expose your music more. Here are basic music industry terms that you need to know to have an edge when you’re out in the game.

Here are some simple explanations for important terms you’ll need to know in the music industry. While you don’t necessarily need to memorize these terms, feel free to pin this to save it for later!

Major labels have ways to increase sales by letting their artists sign into 360 deals. These deals imply that they have a cut on all of the artist’s income –including money from concerts, tours, and merchandise sales among others.

Before getting your music recorded professionally, most labels will ask for a demo. A demo is basically a sample recording of your music. It includes the rough recordings, practices, and the early versions of the song before it came to be. A demo is like a ‘work in progress’ of the songs that will be produced.

A copyright is simply a legal right on your music. It is when creators claim ownership of the song so other labels and musicians cannot take profit from the entirety of the music, including its lyrics and melody.

This deal is usually done in concerts and performances, and it is a financial agreement between the management of the venue and the performers. This deal involves the performers getting a percentage of the total profit from the ticket sales for that event.

EP stands for Extended Play. It is a recorded music of a musician where it is too short to become an album, and too long for a single. An EP usually contains three to five songs from the artist.

The final stages of recording music involves mastering. This term refers to polishing the music by correcting the mix balance and to enhance some sonic characteristics. This is particularly important for music distribution as the final product, a master, is the one that will be released for everyone’s consumption.

There is no need to expand what a manager is in the music industry. A manager of an artist or a band is the one who seeks out great opportunities. The tasks and duties of a manager depends on the contract of the concerning parties, but a manager is usually the contact person for everyone who deals with the artist.

This is an agreement between the owner of the music and the user to grant the permission to release the song in various audio formats. This is also called mechanicals rights.

One sheet got its moniker from being a single sheet that contains all the essential details about a new release. It is a sales and marketing tool that shows off the music to various distributors. Some of the information covered in one sheet includes the artist, album name, genre, price, label, release date, and others.

The shortened version of ‘per diem’ or ‘per day’ is known as PD. This refers to the financial agreement given daily to artists or band members and crew when on a tour. It usually covers their general expenses like food, drinks, and other miscellaneous things.

PR is a slang term for ‘press relations’ or someone who works with press relations. Sometimes, PR is referred to as publicity, or the exposure of an artist in general. People who work for or under PR are generally paid to promote a single, an album or a tour. Various designations are given, whether for digital media, social media, and other combinations of mediums.

Products of an artist or band are commonly referred to as merchandise. This includes t-shirts, hoodies, posters, keychains, and other accessories that feature the artist’s work. These products are commonly sold in gigs, concerts, or online.

A music library isn’t something new because the first one dated back in 1927 in the United Kingdom. The main purpose of a music library is to license music for films. It is an organization that acquires rights to a large library of music and then sells the synchronization license to other companies for their own use.

A publisher is designated to ensure that the composers and songwriters receive the right compensation when their work is used commercially. They usually deal with the copyright of the music associated with its distribution.

A record deal is an agreement between the musician and the record label, giving the record company rights on the music of the artists. This deal usually covers the right to sell and distribute music.

A record label is a company that a musician signs up for to have professional support on their career. These record labels have the right to sell the music, license songs, etc.

Royalties are fees or a portion of the profit that is given to the copyright owner of a song, whenever it is used or distributed. These royalties are generated from four different licensing types, hence there are four types of royalties – mechanical, performance, synchronization, and print music.

Windowing is a sales technique wherein a new music is solely released to a particular channel before it is released massively. A common type would be releasing the new music on the radio, then as CDs, and lastly on digital media.

Terms in the music industry can be deceiving if you don’t have a background. A glossary on these terms can be of great help, especially for musicians who just stepped in the limelight.

Basic terms in the business and creative side of the music industry can collide together, and aside from helping you grow more, these terms will also get you more adept with creative, business, and performance professionals.

How to Overcome Jealousy Toward Others