7 Tips for Musicians to Have Amazing Live Concerts 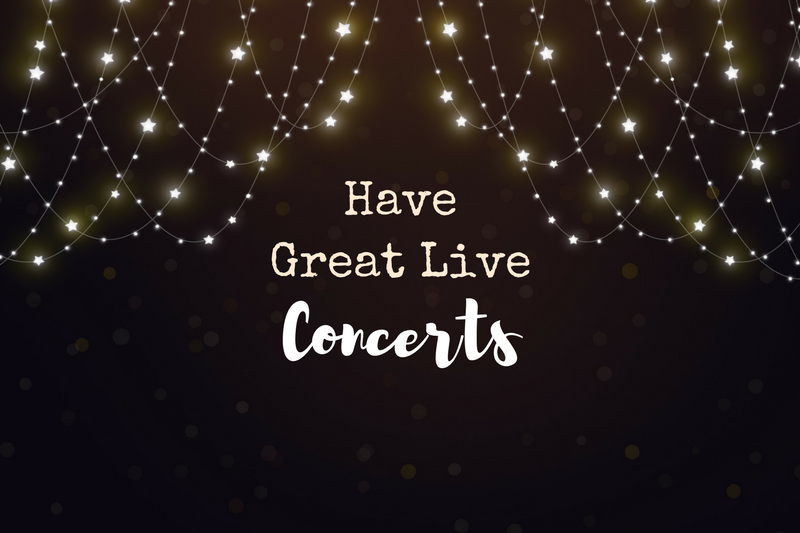 All performing musicians want to have great live shows. It’s second only to having great recorded songs (and maybe even first, depending on how often you perform). An engaging, exciting concert can get you more fans and is a better experience for everyone involved. However, it’s not easy to have a great live show.

As a session singer, I don’t often perform live. I used to, back when I was under a demo deal with a label and they wanted me to get live experience, but it wasn’t fun. It was obvious that I was terribly nervous. I felt out of place and wanted to go back home to my booth to work on new music. So, I want you to know that this post is not about me preaching to you about all of my awesome shows. It is not.

I’ve been to countless concerts, open mic nights and album release parties. I have seen incredible shows and some completely awful ones. I’ve worked with live performers who were amazing, terrible, or both depending on the show. This advice is coming from a frequent spectator, an occasional performer, and a passionate music lover. Let’s talk about how to have an amazing show. 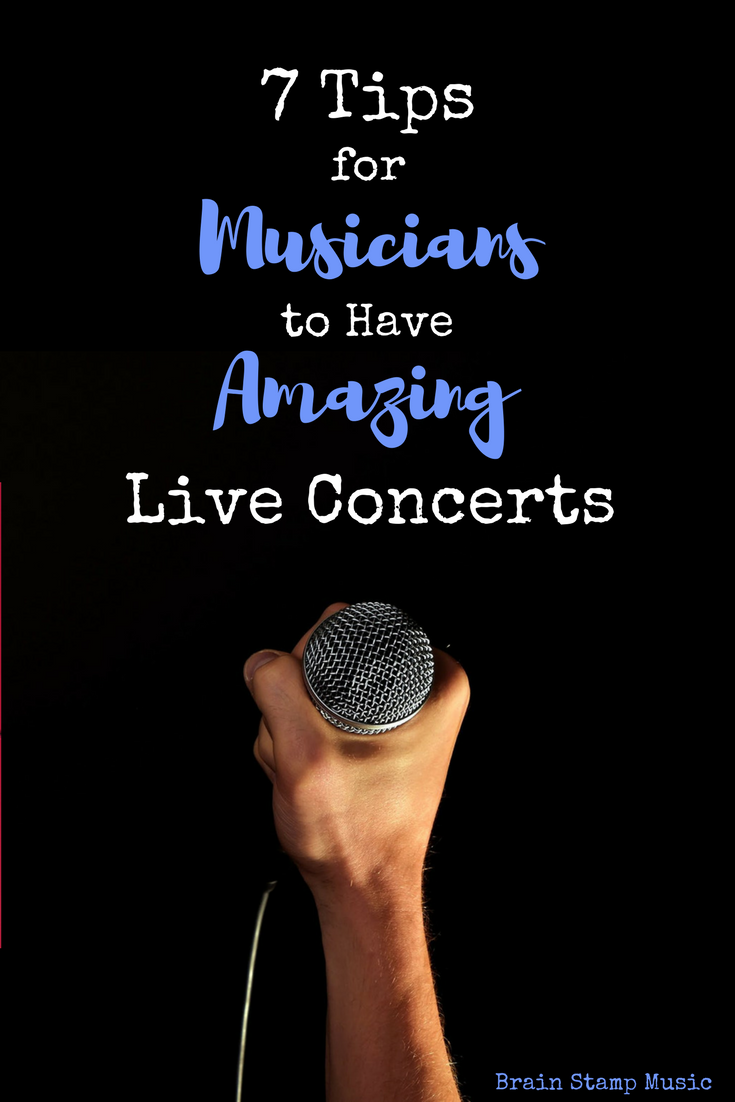 If any of this doesn’t feel right to you, or doesn’t make sense for your brand, feel free to ignore! Use only the ideas you can implement. You might have to put work into some of them, but I promise they will all improve your show for your audience. 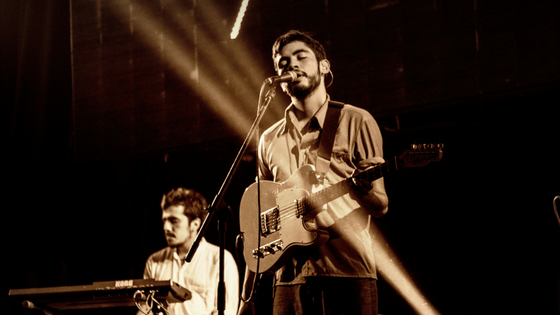 I know this one seems obvious, but seriously, be really good at what you do. Your whole band should be practiced, ready for the show, and talented. I saw a band in Detroit that had an amazing keyboard player and drummer. They were so good, they could have been on tour with a national act. The rest of the band, not so much. The singer looked hungover and couldn’t remember the songs. The guitar player had to have either just been hired or just learned the guitar last week. Put in the work to be really talented, and your shows will be better.

I’m not trying to be patronizing or obvious here, but I really think some people don’t realize that they’re not ready to play live yet. Or, they don’t want to be unkind to their band members and replace them. If you want a great show, you need great music and great players.

2). Put Some Time Into Your Outfits 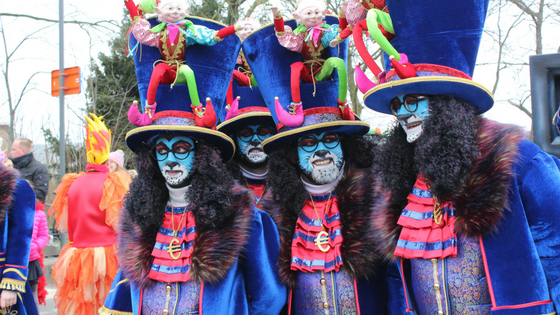 I am guilty of violating this one. I am always super nervous, and for some reason, I choose to wear heels at my shows. Shaking like a leaf while on stilts is never a good look. I am also always freezing cold, and instead of finding a nice jacket to wear on stage, I wear a sleeveless dress and freeze my butt off. One time I opened for an artist who was sort of a big deal in the 90’s (I can’t give out names just in case), but the stage was right next to some poorly sealed windows. I was so cold, I wore my floor-length coat through the entire performance. Not cute.

Being comfortable on stage is even more important if you’re nervous. Plan it out ahead of time to see how you can make yourself more comfortable. Look to your idols for inspiration. Get matching band outfits if you want. Just look like someone your audience would want to watch. 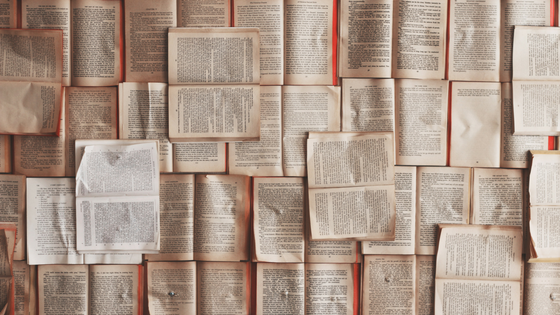 Read the news the day of your show. Find something light-hearted, interesting or funny. I would steer away from anything sad or polarizing. If a tragedy happened that day or even that week, it might be a good idea to solemnly mention it and maybe dedicate a song to it. For example, dedicating an Ariana Grande cover after the Manchester bombing might be a nice way to connect with your audience. Aside from that, however, I would stick to interesting or funny news. Music news is great too. Check with Sky News, Billboard or your local favorite to find something your audience might enjoy.

It’s important to be yourself. You don’t have to write jokes if you’re not a standup comedian. You don’t have to talk about things you find boring. Whatever your interests are, find news about it and share it with your audience. It will help them get to know you better and connect with you. 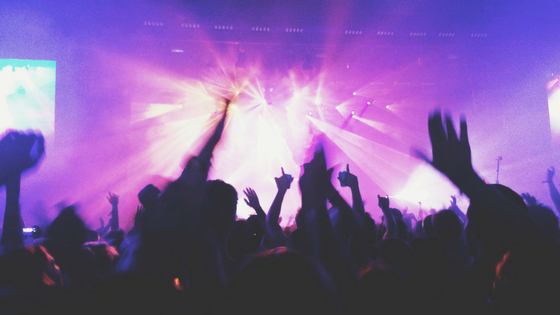 This is an industry secret, but often bands will have hired actors play adoring fans. When I used to model, I was asked to do this for even some major touring bands (again I can’t say who, but trust me you wouldn’t think they would need actors). If you have some crazy friends or a local film school, see if you can get these people to come out and liven up the place. You’ll want to use caution with this and make sure your hired people can behave in the right environment. If you’re playing a low-key coffee shop, you don’t want people screaming and trashing the place. If you can get people there simply to interact, that would be great. Most of us know what it’s like to play to a dead or disinterested room. It sucks. Having even one person there who actively answers your questions or yells requests could change the dynamic of the room.

This is also important: please pay your friends or helpers in some way. Even if it’s just buying them a drink at the venue. I know we’re all broke creatives, but it’s so important to treat your helpers well! 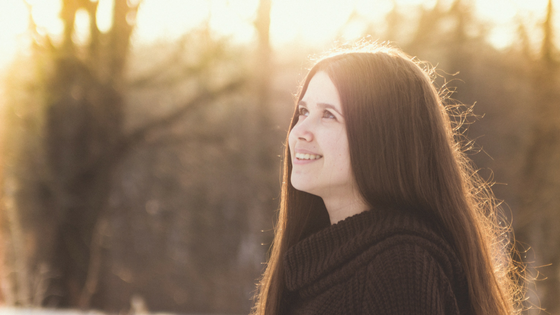 One of my good friends is a regular musician at a famous restaurant in New York. He says that some nights people hang on his every word, and some nights no one pays any attention. He lets it be what it is. I was at an open mic in a coffee shop a few years ago. It was loud, people were talking, having fun, enjoying the evening. We were paying attention to the performers, but they took a backseat to our conversations. A young woman marched up to the stage when it was her turn, ripped the mic out of the stand, and chastised the room for not paying attention to everyone. We all stared at our hands while she scolded us like we were in kindergarten. Then she started her songs. To say we were less than enthused is an understatement.

Sometimes the audience isn’t in the mood to sit quietly and listen. It’s not fun as a performer, but please don’t take it personally. Don’t yell, don’t scold. It has the opposite effect of what you want. Find a different way to make them interested in what you’re doing, or let it be what it is. Don’t make the problem about them. Which leads me to number 6: 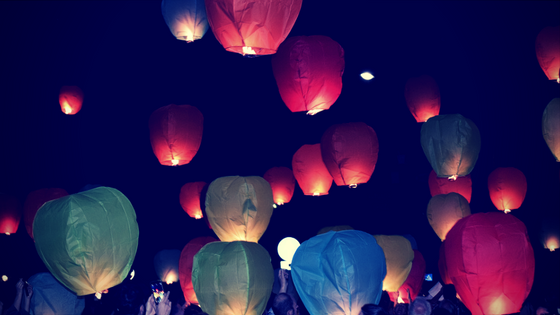 Give people a reason to focus on you. Whether it’s your outfit (see any of Lady Gaga’s outfits ever), your stage props (you can make these yourself or just buy cool stuff) or any kind of eye-catchers that will make your audience tune in. Projector screens or video walls are a cool option. I actually had a guest blogger contact me about a story idea about video walls, and when I looked into them, I was excited to bring her on board. On Thursday I’ll have a post going into video walls further, but any idea to keep your audience’s attention would be great.

This idea should be used with caution when you’re sharing the stage with other people. You don’t want to bring a case full of visual ideas to an open mic. In situations like this, focus the visuals on your outfit or whatever you can easily bring with you. 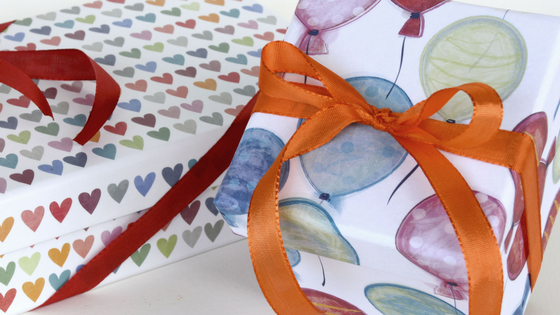 Literally, make it worth it for them to pay attention. Give out free merch (stickers, magnets, etc) and maybe even prizes for people who stay until the end of the show. People love free stuff, and they’ll love you for giving them free stuff. Have them take live shots of you and tag you on Instagram or Twitter, then follow them when they do it.

This is important for your show flyers, too. I see SO many band flyers around Detroit and Nashville, and it’s literally just the band name and maybe a photo. It tells me nothing about what kind of music they are or what the show is. Create some type of sentence that will make people drop what they’re doing and come to your show.

So, what do you think? Are there any ideas you’d try for your next show? Did I miss anything that helps your shows? Please let me know!

Let me know in the comments or send me a tweet!