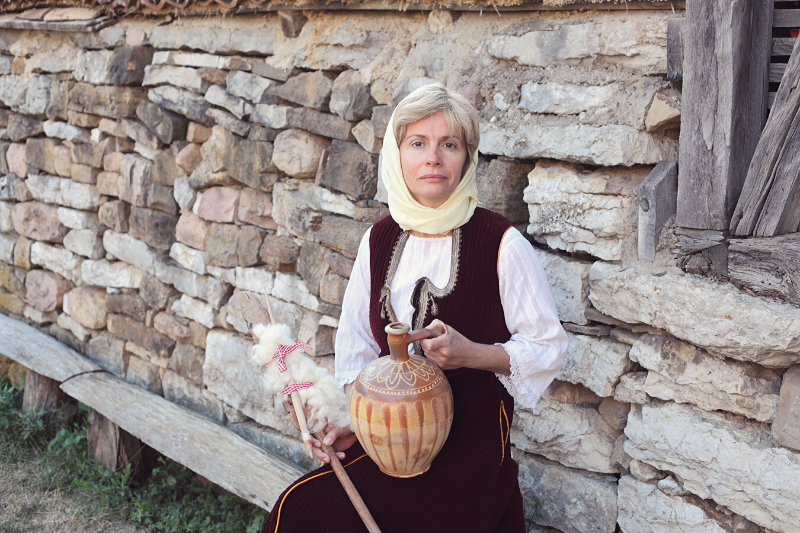 We are nearing the end of my DNA project (you can see the beginning here). I’ve gone through most of my DNA results and researched the music of where I’m from, and the Balkans are a very small percentage of it. If you want to see others, I’ve done Hungary, Germany, France, Norway and many others. Many countries make up the Balkans, and because it’s such a small part of my ethnicity (about 5%), it’s tough to narrow it down. So I’m going to just cover the most interesting tidbits like I normally do. Hope you enjoy!

Music of the Balkans

This is going to be tough, because the Balkans cover 15 countries (Albania, Bosnia, Croatia, Kosovo, Montenegro, Romania, Serbia, Slovenia, Herzegovina, Bulgaria, Italy, Montenegro, North Macedonia, Turkey and Greece). Since I already did Greece, and Italy is actually coming up next, I’m going to pick the wildest stories and give them to you rapid fire.

With that said, I’m obviously not going to cover every artist or type of music, so please let me know who I should check out:

If you prefer to watch instead of read, here is my video on this post:

This dude is a wild ride. He founded the Church of Albania, built on the idea that being Albanian was far more important than any particular religion. That’s…that’s racist, right? White people in America sometimes do this. He got an arts degree from Harvard and was heavily involved in Albanian politics. He didn’t write a lot of music himself, but he wrote a ton of poems and was largely involved in the development of Albanian music. Here is a bizarre video of someone reciting one of his poems:

Silvana was the third of 13 children. Her brother was mauled to death by a dog, driving her father into depression and a drinking problem. He did not support her love of singing. By the 8th grade, she was becoming well known for her voice and had given up on school. Her husband cheated on her with another singer who was also her “friend” (using that term lightly here, obviously). They were said to have divorced but never actually got divorced. The husband/cheating bastard was Serbian, so her parents were against the marriage and her father stopped talking to her completely. She was never allowed back in his home until he died.

She has a really interesting story but I picked out all of the juicy bits for you. Here is one of her songs:

In 1977, the Voyager spacecraft was launched and contained two gold records intended to show aliens the best of humanity (sort of, I’m paraphrasing but basically it’s a mixtape from Earth to whoever finds it). According to Wikipedia, her song accidentally fell in the pile that was intended to go to space, and it wound up being included. I can’t verify that anywhere else but it’s a fun story to think about. This concept is confusing, though. We are assuming that aliens will have 1940’s earth technology? I would hope they have something better than a record player, despite every hipster swearing it’s the only way to hear music. I’m not getting a record player, dudes. It’s not happening. Anyway, here is the song that aliens can enjoy:

This is a sad story but worth mentioning. Milka Ternina was an internationally famous opera singer. She travelled around the world to perform and was renowned in America as well. During her career, she occasionally noticed that her lip would quiver uncontrollably. She was able to power through it and never went to a doctor over it. When she was 39 years old, she suffered from a reported “cold” which resulted in the left side of her mouth becoming permanently paralyzed. Treatment did not help it and she was forced to retire. She taught singing for a while, but eventually withdrew and spent the rest of her days in Croatia, until her death at the age of 78. I can’t imagine how hard it would be to have a permanent, unexplained issue impact your livelihood and talent.

She didn’t record any of her work, but I found what may be a recording of hers from a live performance:

Gjurmët is a band name that means “The Traces” in English. This was a new wave 80’s band and they were pretty short-lived, but the story behind their release is interesting. Apparently their debut album was delayed due to a “controversial photo” (I tried to find what was controversial but I think it has something to do with Albanian conflict at the time?) Eventually, they released the album with a new photo:

The lead singer is looking at his watch, as a nod to how pissed he was that the album was delayed for so long. I’m confused…couldn’t they have just replaced the photo sooner? 🤷‍♀️ I mean, I know back in the 80s they had to send film to be developed or something, so maybe that was the delay? Anyway they split up after that and the lead singer became a journalist. Here is one of their videos with the most 80’s graphics and worst lip syncing I’ve ever seen:

“Kaleš bre Angjo” is a Macedonian patriotic song dating back to the Ottoman Empire. It’s…an interesting song that might also be kind of racist? The song is a duet in which a Turkish man attempts to seduce a Macedonian woman. He will give her great riches and an easy life if she will give up her nationality and join his “harem.” At the end of the song, the woman tells him to shove it and that she would never give up her life to go with him. It’s not technically racist, but…imagine if the Star Spangled Banner was all about an American woman refusing to move to Mexico and saying she’d rather die. Yikes.

To add further yikes, I guess this may in fact be a true story, and the woman in question actually killed herself by jumping off of a cliff to avoid marrying someone. Here is the song:

This song was featured in the movie “Borat!” even though the movie isn’t about Macedonia at all. It isn’t in the official soundtrack, but it was on Wikipedia so I guess that makes it real.

Ciprian Porumbescu was one of the most celebrated Romanian composers of all time, despite having died at the age of 29. Ciprian was a busy dude, writing poetry, music and articles, composing, playing piano and violin, conducting, and staying involved in public cultural life. I don’t do a single one of those things and I’m exhausted all the time.

Jelena Mrnjavčević, aka Jefimija (I guess that could be her stage name?) is Serbia’s first female poet. She specialized in laments, a feminine lyric that people would turn into epic songs. Jelena’s infant son died shortly after her father died, and they were buried together in a cemetery. Women were not allowed in the cemetery (?! wtf) so she was unable to mourn her losses. She turned to writing and instead of writing on paper, she engraved her words on a coin given to her son at his baptism. A few years later, her husband also died. At this point, Jelena became a nun. She continued writing and her work was notable because it broke tradition. She wrote in first person and wrote to specific people, rather than to God.

Since she died in 1408, I don’t have a video or any performance of hers. Here is a photo of a poem she embroidered for a friend, Prince Lazar, after his death.

Hopefully you enjoyed this brief look into Balkan music! Let me know who I missed and should check out, I’m sure I left out a ton!

The Scorpio Musician: How Your Zodiac Sign Affects Your Music

How to Maintain Work-Life Balance for Songwriters and Musicians