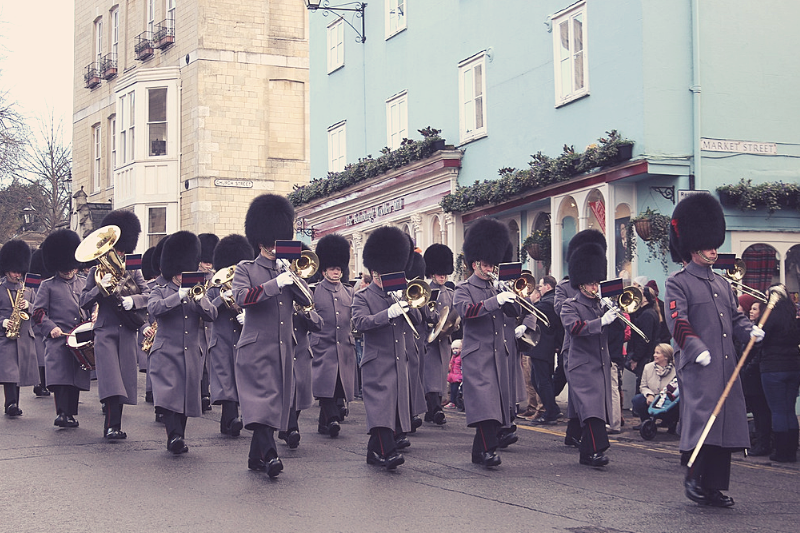 This is part of my series where I tested my DNA (results are here) and I’m researching the music of where I’m from. Since I started this project, 23 and Me has become much more detailed in its results. I now have a list of possible cities my ancestors came from, including the West Midlands, Edinburgh and Lancashire. I won’t bore you with my personal history, though. Today we’re covering a brief and broad overview of British music history!

I don’t know if any other country has impacted American music culture more than England. There are so many British celebrities here that it’s sometimes hard to even remember who is from where. If you have any British artists I should check out, please let me know!

Like most European countries, the British Isles heavily influenced each other in earliest music times. One thing that kind of makes Britain distinct is the language. In the Renaissance period, English operas separated Britain from other countries, which continued to follow traditional European operas.

English operas contained an “afterpiece,” which was a short comedy to lighten the mood after sitting through a five-act tragedy. I kind of like the idea of this, no? Imagine sitting through a slasher film and then watching a quick Family Guy sketch. It makes the whole evening feel different.

During the Baroque period, when the rest of Europe was creating western art music, a war between England, Ireland and Scotland put British music on a hiatus. England went without a king for a while, and Puritans took over as moral police. Theater, gambling, music and holidays were all discouraged and considered “frivolous.” When the monarchy was restored, musical patronage continued.

Handel is technically German, but I chose to include him here instead because a). I had so many German composers I didn’t have space for them all (you can see that post here), and b). Handel became a naturalized British subject and spent most of his life in England.

Handel’s father did not want his son playing music and forbade him from ever being around instruments of any kind. Of course, forbidding music only made it that much more appealing, and Handel would often sneak around to play various instruments. His favorite was said to be the oboe, although he composed mainly for piano and organ. After moving to London, he composed “Rinaldo,” the first Italian opera written specifically for an English audience. Handel’s most popular piece by far is his Hallelujah chorus, written originally for a chorus of male voices.

I would also encourage you to check out the gospel version, which is quite honestly my preferred of the two:

If you read my German post, you may remember that Bach was blinded and eventually died of complications from eye surgery by John Taylor. Handel had the same issue and was actually blinded before Bach. Handel never married or had any children, but when he died over 3,000 people attended his funeral.

This event is supposed to have taken place in the 60s, but I feel like it’s still happening. The British have never really stopped invading, in terms of music. It started with the Beatles and the Rolling Stones, but it kept going through the Spice Girls on up until today with One Direction, Adele and Ed Sheeran. Let’s cover these in detail:

I’m not going to go through the basic info everyone knows. This is one of the biggest bands of all time and their info is widely available everywhere, and I’m sure you’ve at least heard OF them if you haven’t heard their music before. Shameless self-plug: I covered one of their songs in this video I filmed at my cousin’s art show:

I’m going to tell you a few interesting facts you might not know about the Beatles. They were very funny and here are a few of their best witty remarks. There is a heated debate over whether or not “the” in “The Beatles” should be capitalized. You’ll notice I do it both ways here because I am not sure which is correct. Although they’re not super controversial now, they were back in their heyday. Christians didn’t like them because Lennon said something or I don’t know. Most of it has passed now but like most mega celebrities, they had their moments of controversy.

Speaking of controversy, let’s talk about the Stones. They were popular around the same time as The Beatles, except they were billed as the “bad boys” while the Beatles were kind of the boys-next-door. However, the Beatles actually liked the Stones and wrote their first hit, “I Wanna Be Your Man:”

Merry Clayton, the session singer who sang on “Gimme Shelter,” suffered a miscarriage shortly after recording the song. Rumors are that she sang so hard she miscarried. Is…is that a thing? I’ve never heard of that but wow. Here is the song if you haven’t heard it:

She has had a lucrative career for herself and has released several of her own albums as well. She is American, but I just wanted to mention her because she’s a session singer and because I feel that any of my fellow female session singers should use caution if miscarriage is a possibility.

Obviously, I’m skipping ahead a little between the Stones and the Spice Girls, but like I said, this is a brief history. The Spice Girls were actually started by Simon Cowell, one of his first music enterprises. As a millennial, I knew about them but wasn’t a huge fan. I was one of those annoying rebel kids who hated anything that was popular, for the sole reason that it was popular. Their first hit single was “Wannabe” which hit #1 in 37 countries:

I’ll admit, today it’s kind of catchy. Now that I’m old and uncool, I can allow myself to reminisce about things like this. They are the biggest British pop success since The Beatles. The British Invasion happened in the 60s, but in the 90s it was called “cool Britannia,” which included the Spice Girls, Oasis and Blur. This is what I mean when I say the British never really stopped invading, and I think we should all be kind of glad for that.

Another Simon Cowell group, One Direction got its start on The X Factor. Although I’m sure the Beatles got a similar amount of hate in their day, I wasn’t alive then. I can tell you, though, that with great fame comes great hate, and One Direction surely got their share. They’ve been criticized for being bland and lacking substance, but they’ve won a ton of awards and have sold over 50 million albums, so I wouldn’t mind being that brand of bland. Their biggest hit is “That’s What Makes You Beautiful,” which is clearly pandering to all of their pre-teen, insecure fans. I’m not mad about it, and in fact I would have LOVED it if N*Sync made a song in my day about how they secretly loved gawky redheads with giant teeth and greasy foreheads. I wouldn’t have listened to it, though, because N*Sync was popular and I didn’t like them then. Here’s “TWMYB:”

I feel cool when I say that I was an Adele fan before the rest of America was. I started listening to her when she released her first single, “Hometown Glory:”

Here’s the thing about that song: It’s not great. Her vocals are mixed terribly, drowned out completely by the piano at times. The melody is clunky and awkward, and not at all memorable. However, I was obsessed with her gritty soul voice and was really happy to see her succeed. Her American success was almost a fluke. She happened to appear on Saturday Night Live at the same time as Sarah Palin (if you are not American and don’t know who she is…you’re not missing anything). The episode blew up, along with Adele’s career.

I’ve talked about Ed Sheeran in my posts about 2017’s top artists (here) and 2018’s top artists (here), so he’s obviously done quite well for himself. I also discussed his “Shape of You” music video in my post about the most-viewed music videos of all time (here). Two of his albums (x and ÷) are the best selling albums in UK history. Is there a name for the current British Invasion? Or are we just not naming it anymore since it continues to happen? Anyway, given his wild red hair and pale white skin, it would not surprise me one bit if I am actually related to Ed Sheeran. Somebody get him a DNA kit.

This is a lesser-known British artist, but I really love her so I want to mention her here. The first song I heard of hers was “Next to Me:”

If you like that, I highly recommend checking out her entire catalogue because it’s full of incredible pop-soul and she writes her own songs.

So…I’m confused and conflicted, because originally it seemed like I didn’t have any Scottish or Welsh DNA, but now that 23 and Me has gotten more refined it seems like I might have a little? Part of my results mention Glasgow, and it looks like 23 and Me is including both countries in my map:

So, I’m going to hold off on Scottish and Wales music and those will be my next countries. I had so much to talk about for British music anyway that Scotland and Wales can have their own posts.

I hope you enjoyed this brief dive into British music! Please let me know your favorite British artists. There are many that I didn’t cover here that I love, but I’d love to know who YOU love!

A Journey of My Musical Heritage: Is Music Talent in DNA?