A Brief History of Finnish Music 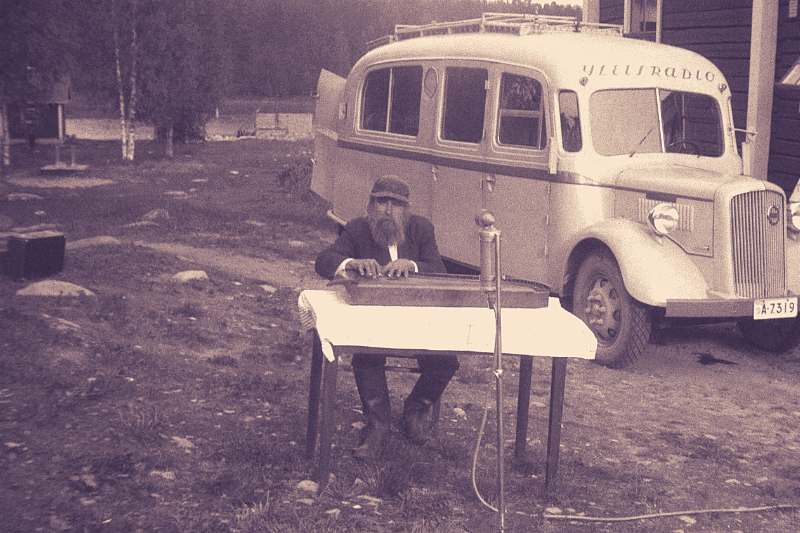 Time for Finnish Music! I’m digging further into my ethnicity results and getting into the smaller percentages of my DNA now. If you’d like to read about some of my stronger ties (or just other countries in general), check out my posts on French music, German music, or just Google “white people music” and you’ll probably find a lot. I am 99.99% white, and the 0.1% is so small they don’t even know where it’s from. So, all of my posts are going to focus on my own ethnicity but I’m happy to research others by request! Just let me know and I’m happy to dig into it. For now, let’s explore Finland, a country I know absolutely nothing about.

The Music of Finland

Some countries are easier to research than others. I found Finland to be particularly challenging. I don’t know if it’s just that some countries don’t have easily accessible information, or maybe they just don’t have a long music history, but if anyone can help me flesh out my Finnish research, please feel free! If you have a favorite artist from Finland, definitely let me know:

If you prefer to watch video than read, here is my video version of this post:

Kalevala is one of the oldest traditions of Finnish music. It is based on lyrical alliterations and storytelling. The stories were usually about Finnish gods. Pelimanni is a type of Finnish folk dance music. Rekilaulu is a type of folk music that became popular in the 17th century. The churches in Finland opposed it, and I am getting really tired of having to say that for every post. Just know that any new type of music has been opposed by the church until they found a way to appropriate it for themselves. Here is an example of Rekilaulu:

A Finnish singer/songwriter and mandolin player, Arthur Kylander toured the United States with his wife, a pianist and accordion player. During times when music was slow, they worked menial jobs as cooks, butlers, and whatever else they could do to bring in money until the next tour. This sounds like what a lot of my musician friends do today, but this was in the 1920s. Kylander sang in a mix of Finnish and English called “Finglish,” and most of his songs were about hardships facing immigrant workers. Apparently they were also witty and funny, but I don’t speak Finglish so I wouldn’t know. Here is an example of his work:

Known professionally as “Carola” (probably to save people from having to learn her last name), she was a jazz singer in the 60’s. She performed in nine languages and spoke five. Although she struggled publicly with alcohol and cigarettes, she kept most of her life private. Here is one of her songs:

Fans often said she looked drunk on stage, but she claimed it was just complete concentration on her work. Sadly, she died of Alzheimers in 1997. My grandfather had that and I know how tough it is.

Madonna is actually the most successful female artist in Finland. But right behind her is Katri Helena. She represented Finland twice in the Eurovision contest, an annual international song competition. She made it to the finals both times. Here is the first one, “Katson Sineen Taivaan” in 1979:

Now, say whatever you want about the songs, but it’s interesting that people love both her and Madonna, no? Quite a difference.

Suomirock literally means rock music made in Finland. It can refer to bands originating in Finland or rock songs that are in the Finnish language. This started around the same time as all other rock music, around the 50’s and 60’s. One of the most popular Suomirock songs to date was “Joutsenlaulu” by Yö:

One of Finland’s greatest contributions to music is metal. Finland is part of Fennoscandia, or the peninsula of Scandinavia and Finland, and this area is huge for metal music. I’ve touched on this in other posts, but haven’t really delved into metal so let’s get into it here.

HIM was a Finnish gothic metal band and they were pretty popular in America as well. They are one of the most successful Finnish bands in history. HIM was notable for being one of the first metal bands to draw a female crowd, as metal was primarily seen as masculine for a long time. Here’s their most-watched video on YouTube:

The group disbanded in 2017, playing their final show on New Year’s Eve at the Helldone Festival.

Like all other genres, metal branches into slightly different varieties. I’m honestly not sure what “extreme” means in this case, since I feel like metal is already an extreme form of music. Here is one such band, Amorphis:

There are seriously so many Finnish metal bands, I’m just going to send you to the Wikipedia page because there are too many to list.

That wraps up Finland, but please let me know if I missed your favorite artist or Finnish music fact!

New Single by Bendik Glomnes – The One Percent

Are Music Promotion Companies Worth It?