A Brief History of French Music 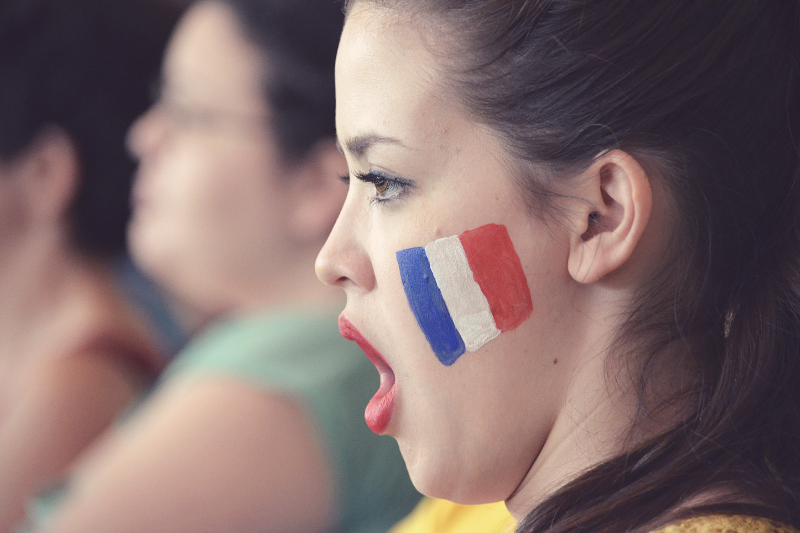 If you’ve been following my DNA journey, you might have already seen my posts about the music of Poland, Slovakia, Hungary and Ukraine. Those four made up a large chunk of my heritage, but I actually think the biggest percentage is French. I’m excited to get into this one!

So right off the bat, France is a much easier country to research than the previous four. It is the fifth-largest music market in the world (according to Wikipedia, I don’t know who the top four are).

Obviously, I could never begin to cover every bit of French music history. It’s just way too expansive, so if you know of any French artists (or you are one yourself!) let me know who I should check out:

As you can hear, it wasn’t great. However, we all have early recordings we’re not proud of so I’m not going to judge (I probably have some that sound just like it from 1993). If you’ve ever taken instrument lessons, you may be familiar with the song. “Au clair de la lune” is one of the first songs students learn. The writer is unknown, but it’s a French folk song from the 18th century.

French music dates back to the 10th century, and during the 1100s a Notre Dame School of Polyphony was established. The school was not actually a school, but a group of composers who worked in the Notre Dame Cathedral. Polyphony basically means there are two melodies played simultaneously. The church had a problem with polyphony and found it distasteful. I know, it’s hard to believe that the church would find something ridiculous to be upset about, but it happened. It was considered degrading to religious worship to have two melodies in one song. Nevertheless, they were unable to stop it and

The oldest known polyphonic mass is Messe de Nostre Dame, written by Guillaume de Machaut. The exact year it was written is unknown, but here it is if you have an hour to spare:

This is the oldest known French song, dating back to the 15th century. I’m cringing at all of these French names I know I’m going to pronounce terribly. It is a children’s song, said to have been inspired by the bells of the town of Vendôme. Here are the English lyrics:

My friends, what is left,
to the Dauphin, so kind?
Orléans, Beaugency,
Notre-Dame de Cléry,
Vendôme, Vendôme!

The enemies have taken everything
Leaving him nothing by contempt
But Orléans, Beaugency,
Notre-Dame de Cléry,
Vendôme, Vendôme!

It’s basically just describing current affairs in 1420’s France. King Charles VII had signed the Treaty of Troyes and was left with only the plots of land described in the song. Here is the song in French:

Bizet is probably one of the most well-known Romantic-era French composers, having composed the opera “Carmen.” However, he was mostly unknown before he died. He studied music at the Conservatoire de Paris, a renowned music and dance school.

In 1862, he banged his family’s maid and she had his kid, but the kid didn’t know he was Bizet’s son until his mom told him on her deathbed. In 1869, Bizet married Geneviève Halévy. Her family was opposed to the marriage, calling him “penniless, left-wing, anti-religious and Bohemian,” which is pretty much the exact way I’d describe myself so I don’t see the problem.

While writing Carmen, he cast Célestine Galli-Marié in the lead role and was rumored to have had an affair with her. While performing the piece one night, she had a premonition that Bizet had died and fainted after exiting the stage. Bizet had in fact died that night. Here is a piece from Carmen:

Another Conservatoire de Paris alum was the well-known Achille-Claude Debussy. People didn’t have great things to say about him either. One piano instructor said that he was “sketchy and cavalier,” and “desperately careless.” Again, that’s how I would describe myself so these haters can all back off.

Debussy seriously seemed like a loose cannon though. He was often too depressed to compose and wrote “bizarre, incomprehensible and unperformable” music (again, same). He developed a relationship with a married woman and wrote over 25 songs for her during their 7-year relationship.

Although he refused to conform to musical norms of the time, he is considered one of the most influential composers today. Here is his work, Claire de Lune:

Before I talk about this, it’s important that you watch the most iconic Moulin Rouge video of all time:

Apparently this was supposed to be a seductive dance that the escorts would do to attract customers. I don’t know what’s seductive about someone repeatedly almost kicking you in the face, but I guess it worked.

I discovered Françoise Hardy while doing my research and I want to tell you more about her. In the 1960s, a new style of French music called yé-yé was becoming popular, and Hardy was one of its leading icons. Bob Dylan, Miles Davis and Mick Jagger were said to be fans. She was also a model and an astrology expert (she is a Capricorn, if you’re curious). She is considered a gay icon, although she herself is married to a man. Her first hit was “Tous les garçons et les filles,” but she hated the song. She said it was recorded “in three hours with the worst four musicians in Paris.” Here it is if you want to judge for yourself:

She sings in four languages (French, German, Italian and English) and writes her own songs as well. She’s just an all-around badass and I wanted you to know about her.

I’ve never known a lot about Piaf, but after researching her I absolutely had to include her here. Piaf’s life was tumultuous and at times devastating. Her mother abandoned her at birth and she lived with her grandmother who ran a brothel. The prostitutes helped care for her and raised money to cure her childhood blindness.

Her father was present in her life and when he returned home from World War I, they began performing together. At age 17, she got pregnant and had a daughter. However, she did not have any desire to be a parent and the girl’s father ended up taking the child, who died of meningitis at age 2. Piaf never had another child nor wanted one.

She was eventually discovered by a mobster who owned a nightclub and had her sing there. When he was murdered she was actually a suspect but was acquitted. During World War II she was one of France’s most popular artists and even during the German invasion she continued working. She wrote lyrics to most of her songs and wrote for other artists as well.

“La Vie en Rose” was her signature song and she wrote the lyrics. It has been covered by countless artists, but her version remains the most well-known:

Her love life was heavily influenced by her upbringing in the brothel. She said she learned from the women who raised her that if a man wanted a woman, she could not refuse. She married twice, and her second husband was 20 years younger than her.

Piaf abused alcohol and pills and was not in good health for most of her life. She died of liver cancer and her final words were “Every damn thing you do in this life, you have to pay for.” I have not seen the movie based on her life, “La Vie en Rose,” but I definitely plan to and will likely write a post about it.

Although Françoise Hardy is still alive, she is in her 70s and isn’t writing or recording like she used to. There are so many current French musicians in every genre that it’s tough to decide which artists to discuss.

They’re not super current, but two of the guys from The Village People were French. The founder, Jacques Morali, was at a gay nightclub in New York City when he got the idea to form a group based on multiple gay fantasies. Here is a photo of the group:

I get the cowboy, police officer, etc, but…are Native Americans a gay fantasy? I didn’t know that.

I could seriously go on about French music forever, but hopefully this condensed bit of information was interesting and informative! If you have any French artists I should check out, please let me know in the comments!

A Brief History of Norwegian Music

New Single – I Will Never Let You Go by L2U