A Brief History of Norwegian Music 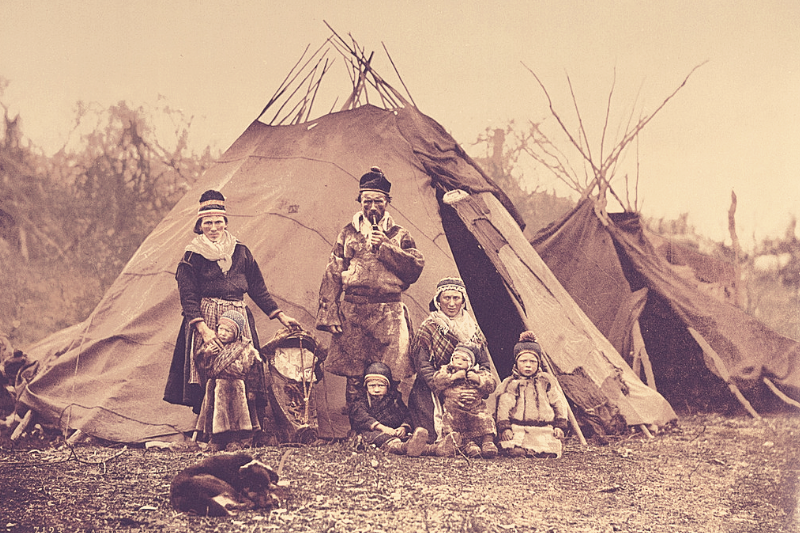 Norwegian Music time! This is part of my project where I researched my DNA (see initial post here) and now I’m researching the musical history of each country that makes me who I am. My hope is that this will be interesting for you but also inspire you to learn the musical history of where you’re from as well!

The Music of Norway

I have to admit, I was SO EXCITED that this country was part of my heritage, because one of my favorite artists of all time is Norwegian. To know that I have that little bit in common with her is incredible. I’ll tell you all about her, but if you have any Norwegian artists I should check out, please let me know!

If you prefer watching videos, here is the video version of this post:

There isn’t a lot of written Norwegian musical history before the late 1800s, so I’m starting with the earliest I could find. “Bygdedans” means “village dance” and is the oldest-known folk dance. Here is an example:

The main accompaniment of this dance was the Hardanger Fiddle. It’s played like a violin but has 9 strings and sounds different:

There are two main ethnicities of the Norwegian people: North Germanic and Sámi. According to 23 and Me, I am a descendant of the Sámi tribe. The Sámi people inhabit Norway, Finland and Sweden, which are also on my list. Reindeer herding is a main career of Sámi people, which is probably what I’ll do once I’m done with my blogging career (kidding, kind of). Sámi songs are typically called Joiks. These are songs with no definite structure, no rhyme scheme, and few or no lyrics. They’ve lost popularity because current music is pretty much the exact opposite, but here is an example:

Being from the United States, it kind of reminds me of traditional Native American music? I’m sure there are differences, but that was my initial thought.

Also known as “Ole Bull,” he was the first major Norwegian musician, a violinist and composer. At the age of 4, he could play every song his mother played on the violin by ear. He bought a plot of land in America and called it New Norway, intending it to be its own colony. He purchased over 11 thousand acres for $10,388 and started to build a castle, but found that the land wasn’t good for crops (it was in Pennsylvania, so…yeah) so he abandoned it. Today it is the Ole Bull State Park and there is a monument to him today. It has been reduced in size to 132 acres, but that’s still pretty huge.

He married and had six children, but she died in 1862. In 1868, he was 60 years old and married a 20 year old from Wisconsin. She traveled with him throughout his career and wrote a book about him when he died. I know times were different, and it seems like they had a good relationship, so I’ll keep my very obvious thoughts to myself.

Instead of showing you one of his songs, I think you might like this video with more detail on his life and violin playing:

I found this composer interesting because unlike any other composer I’ve covered in these posts, his first interest was not music and he was never really musical at all. He started with a law career but got sick and quit. He then became the editor of a Norwegian newspaper until 1845. Until then, he had never really attempted music of any kind. After his editing career, he studied and created music for ten years before getting any kind of attention. Here is one of his songs that finally got noticed in the 1860s:

I think this story is really interesting and important. If you’re reading this and thinking about a music career, it’s never too late to start. If you’re thinking about changing directions in life, you never know where you’ll find success. Let Halfdan Kjerulf inspire you!

After World War II, Norway began to follow musical patterns of Britain and other European countries. Arne Nordheim is considered the most important Norwegian composer of this era. He used electronic instruments in his compositions, which was groundbreaking at the time. Frank Zappa was a huge fan, and he even had an asteroid named after him. I had no idea this was a thing, but apparently there are many minor planets named after musicians. I guess I’ll add this to my bucket list, directly above “songwriting Grammy.” Here is a Nordheim piece from 1994:

He received an honorary doctorate degree at the Norwegian Academy of Music in 1996, and died of Alzheimers in 2010, aged 78.

I am probably her biggest fan and I am so excited to tell you all about her. I’ll probably make a whole post to her at some point, but for now I’ll give you a brief rundown:

Maria Viktoria Mena was born in Norway, but she is half Norwegian and half Afro-Nicaraguan. She had a rough childhood, which she documents in great detail in her music. She did not get along with her mother, and displayed this in her first charting single, called “My Lullaby:”

The story goes that her dad heard her singing the song in the car and asked who wrote it. When she told him that she did, he recorded it and shopped it to labels, eventually getting her signed to Sony Music Norway. In 2011, there was a terrorist attack in Norway that killed 77 people (the deadliest attack since World War II). She released “Mitt Lille Land” to honor the victims and it has become an anthem in memory of the attacks:

This song is actually what made me want to start this whole project in the first place. I thought it was so beautiful and thought it would be really cool to explore my own musical heritage. Who knew this was part of it?!

I had the option of talking about the 5 million Norwegian metal groups (seriously, Europeans LOVE angry metal music) or A-ha, who had this one incredible hit:

The song is before my time, but come on, we all know and love this song. However, you might not know that the band was still together until 2011 and they released 10 studio albums. Singer Morten Harket currently holds the Guinness World Record for longest live note held at 20.2 seconds. It was not in “Take On Me,” shockingly, but “Summer Moved On:”

I could go into detail about Norway’s heavy metal, black metal, gothic metal and death metal, but there are seriously a million bands and I trust that if anyone reading is a huge fan of one of them, you’ll let me know.

I hope you enjoyed this look at Norwegian music history!

New Single – I Will Never Let You Go by L2U

An Interview with Singer/Songwriter ML Dunn