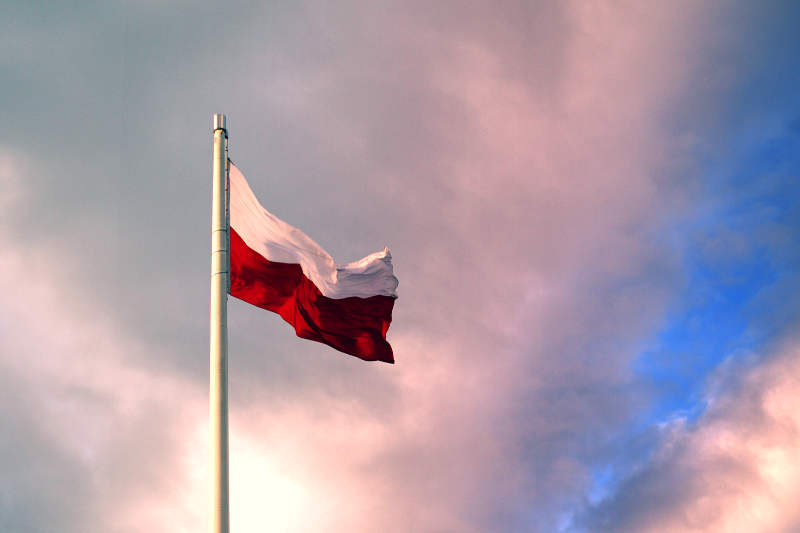 I recently tested my DNA to find where I’m from (you can see that post here), and this began a new project where I explore the musical side of my heritage. Today we’re covering Poland! I had no idea I was Polish, so I’ve learned a lot about me thus far. Poland has a really interesting musical history, but I’ve tried to condense it into the most interesting bits.

Obviously, this is going to be very abridged. I also have a video below for those of you who prefer audio/visuals. I’ve cherry-picked a few interesting points to share with you, and I hope you enjoy them! Before we begin, if you know of a Polish artist I should hear, let me know!

The Beginnings of Polish Music

According to the Polish Music Center in University of Southern California, the history of Polish music began with “liturgical chants of the Latin Church that reached Poland from Rome via neighboring Bohemia.” “Bogurodzica” (or “The Mother of God”) is the earliest notated Polish hymn, thought to be composed in the 13th century:

Not surprisingly, most early Polish music consists of religious hymns. I understand that you’d probably get murdered for singing about anything else, but wouldn’t it have been great to have a chant about popular culture during that time? Imagine the 13th century chant version of “Shots” by Lil’ Jon. We would know so much more about their lives than we do now if they had been allowed to sing about anything else. Alas, we’re stuck with what we’ve got.

Many hymns were written to and about saints such as St. Adalbertus and St. Stanislaus. I couldn’t find much info on St. Adalbertus; there is a St. Adalbert of Prague but that obviously isn’t in Poland. He was, however, a missionary to Poland and other surrounding areas and was martyred for trying to shove his beliefs down as many throats as humanly possible. St. Stanislaus was a bishop of Kraków and was martyred for denouncing political and social corruption. This dude’s story is bizarre and I have to tell you about it:

So Stanislaus (hereby called Stan because it’s easier) was feuding with a family over land. Stan bought the land but it had already been claimed by the family of a dead man named Piotr (Polish for Peter). King Boleslaw ruled in favor of the family, but Stan asked for three days to bring Piotr back from the dead to side with him. Everyone’s reaction was pretty much “lol ok.” But supposedly, he spent three days in prayer and Piotr actually rose from the dead, although he had been dead for three years.

Despite being a literal rotting skeleton, Piotr put on his best attire and appeared before King Boleslaw to say that his three sons couldn’t have the land and that Stan bought it fair and square. The King ruled in Stan’s favor and asked Piotr if he wanted to remain alive. Piotr declined and was reburied.

Now obviously, this story is false. Don’t @ me, because it’s definitely false. First of all, notice how many times the number three appears in the story. Three days to pray, dude was buried for three years, he has three sons. This is all related to Jesus being dead for three days, I’ll bet you anything.

Secondly, let’s say that it was possible to dig up a three-year-old corpse and have it appear in court to testify (it isn’t). What are the odds this dude is going to rule against his own sons? That he’s going to be like, “Oh yeah, give my land to Stan here”? Also, if we could dig up dead people to testify, how many countless murder trials would have been solved easily?

More likely, if this whole thing actually did happen, I bet Stan paid some actor to hide in the dirt and pretend to be Piotr. Since people thought this type of thing could happen, they bought into it. He gets major points for creativity though, and for that alone I feel he should be canonized.

This had nothing to do with music, but I felt it was important for you to know. Let’s get back to our study:

There are a TON of Polish Composers. So many that I can’t begin to list them all, so here’s the Wikipedia link. The biggest name of the whole list is Frederic (or Fryderyk) Chopin. I guess he’s kind of the Justin Bieber of the Polish Composers, since everyone knows who he is. There are seriously a ton on that list though and I plan to go over them.

It’s important to note that during the time of Chopin, composers travelled everywhere and their music influenced each other. So a lot of Polish music is influenced by Czech, Hungarian and other European music, and vice versa.

One other composer I do want to focus on is Maria Szymanowska, the first Polish woman composer to appear on the list. Born in 1789, Maria was a composer and known as one of the first professional virtuoso pianists of the 19th century, Her compositions are mostly piano music and she was also one of the first pianists to perform a memorized piece (no sheet music) in public. She toured all over Western Europe playing the piano, so she was kind of the Taylor Swift of her time (just trying to keep this interesting for the kids).

She composed around 100 piano pieces, although the Nocturne in B flat is considered her best work:

Maria died in 1831, and Chopin lived from 1810-1849, so it has been argued that her work was an early influence for him. Again, I think there were so many talented musicians floating all over Europe that they probably all influenced each other to some extent. It’s kind of like today, where we debate whether Soulja Boy really did influence Drake or if Ed Sheeran really did steal all those songs.

Mazurkas (or mazurek in Polish) is a Polish folk dance in triple meter, which is similar to being in 3/4 time but can also include other weird-ass rhythms like 3/2, 3/8 and 9/8. As a session musician, these make my eye twitch. Mazurkas are even more weird because they include “strong accents unsystematically placed on the second or third beat.” If that’s confusing to you like it is to me, here is an example:

It is also a dance, as you can see from the video. Although it originated in Poland, it spread throughout Europe and is kept alive by current cultural groups.

This is a “lively Polish dance” and means “to spin.” Although it’s a dance and not a style of music, I need you to watch this video and tell me what is happening here:

Is…is that guy hitting women on the butt with a belt? Is that part of the dance? They all seem weirdly okay with it, but they also all seem like they’re trying to get away from him? What is happening?

I’m sure you’ve heard of these before. My dad’s band used to play in a band that did the Detroit Polish Festival every year, and this was long before I knew I had any cultural relation to it. I guess I should have paid more attention, but I was too busy making sand art and complaining that we had no money for carnival games.

Oddly, though Polka music is often thought to be from Poland, it is actually from the Czech Republic. It was used throughout Europe but not nearly as much in Poland as previously thought. Somebody might want to tell the Detroit Polish Festival because apparently we need a dude to chase women around with a belt instead.

The Polish connection most likely comes from the dance Polka-mazurka, which combines elements of the afore-mentioned mazurka and the polka. While it maintains the three beats to the bar rhythm, the accent is placed on the first beat. Here’s an example:

I found this article from Culture Trip to be a great resource for current Polish artists (not including Chopin of course).

Another interesting resource is Poland’s Top 100 on Shazam. However, this is what was on it when I looked it up:

#1 is “The Sound Of Silence” by Disturbed, which is a great song but it came out in 2015. Weird. The other songs are more recent, so I don’t know why that song has a current surge in Poland.

Further down on the list is artist Roksana Wegiel, who competed on the Polish version of The Voice Kids. She sang “Halo” by Beyonce:

The song trending on the chart is called “Anyone I Want To Be” and….well here it is:

I’m assuming the words are really amazing or something? I don’t know. She won the Junior Eurovision Song Contest in 2018 with this song, so I’m guessing it’s good. She’s the first Polish winner of the contest, so congrats Roksana!

Margaret is another major artist from Poland, I would perhaps liken her to Poland’s Britney Spears:

One of the best-selling Polish artists of all time is Edyta Górniak. I would roughly compare her to Celine Dion, especially since she worked with her producer (Christopher Neil). She’s got about as many accolades as Dion, although you may not have heard of her because she’s more regionally known in Poland. She starred in the musical “Metro,” which I want to tell you about:

“Metro” is the most popular musical in Polish history. The Tony award-nominated piece was written by Janusz Stoklosa, with lyrics by Agata and Maryna Miklaszewska. It opened in 1991 and has been on Broadway, Poland and Russia. The story is about a group of wayward teens who audition for a musical and fail, so they make their own musical in a subway tunnel. The “underground” success (haha get it?) leads the theater that rejected them to ask them to come back. It’s pretty meta, when you think about it.

Here is my video with other information about Chopin and a shortened version of this blog:

Overall, I’ve learned a lot about Polish music from this and I hope you have too. I knew nothing about it previously, so any amount is an improvement. What was your favorite story? Do you have any other interesting Polish music facts? Please let me know in the comments!

Come Join Me at Tunedly – An Online Recording Studio