A Brief History of Welsh Music 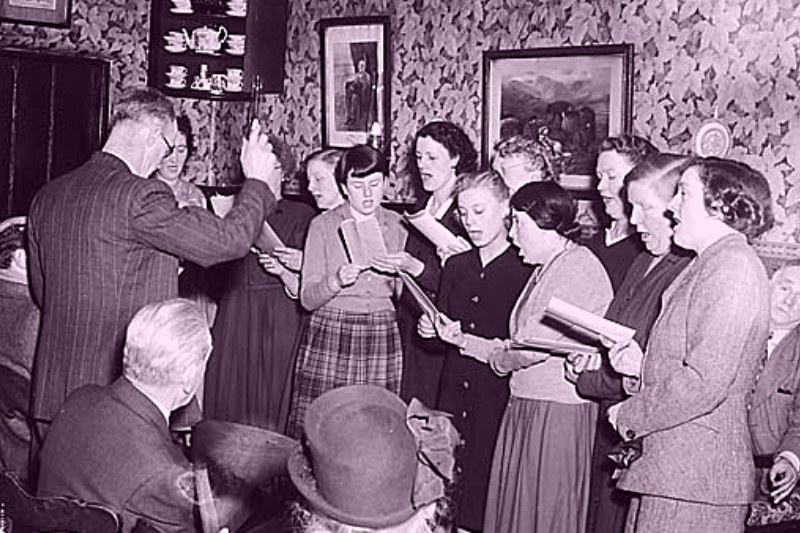 This is a recent addition to my DNA lineup (see the initial project setup here). I got England as one of my results, but over time, 23 and Me has refined the results and now Scotland and Wales are part of my heritage. Let’s jump into it!

The Music of Wales

I’ll be honest: I wasn’t expecting much from this country. Wales is so small, I thought, “what kind of music culture could they even have?” Boy, was I incredibly wrong. Although Wales is small, it has a TON of musical history and current artists. I am so glad I took the time to look into it! That being said, this is only a brief recap and I’m sure I’ll miss important Welsh artists. Let me know your favorite if you have one!

Here is my video recapping this post if you prefer watching over reading:

The main languages in Wales are English and Welsh, so if you see a jumble of consonants that have no business being together, that’s Welsh. An Eisteddfod is a poetry and music festival dating back to the 12th century.  Rhys ap Gruffydd, King of Deheubarth, started these festivals. Go ahead and try to say that name out loud, and then watch my video where I promise I’ll butcher it to death. Rhys had at least 17 children, some of whom had the same name. He only had one wife, so I hope to god there were some mistresses in there for her sake.

Early Welsh music is similar to the music of Scotland (link) and Ireland, so there is a lot of crossover. However, the Welsh language made their music distinct. Welsh folk music was suppressed by the church banning folk music and by England wanting to exclusively promote English, so a lot of the early music is lost. A revival of traditional Welsh music started in the 1860s.

Wales is well-known for its choirs, specifically its all-male vocal groups. Examples include the Cardiff Arms Park Male Choir and the Morriston Orpheus Choir. The latter is one of the most well-known choirs in the UK:

That song is called “Myfanwy,” a well-known Welsh song written by Joseph Parry. Here is the Welsh National Anthem:

The Land of Song

There are seriously SO many major artists, composers and musicians that come from Wales. It’s impossible to name them all but I’m going to cover the most notable and/or most interesting.

In 1983, BBC Wales started a competition called “Cardiff Singer of the World,” a competition for opera and classical singers. It was kind of an early spawn of Idol, held every two years. The first winner was actually a singer from Finland named Karita Mattila:

The most recent winner was Catriona Morison in 2017, a singer from Scotland:

Brass bands became popular in Wales in the industrial period. It provided the working class with a fun social outlet, and many employers encouraged the hobby because they saw it as a “constructive activity.” The Cory Band is the most notable brass band in the world, formed in 1884. Here’s a look inside the band featuring Hannah Plumridge:

My grandparents were big fans so I grew up listening to her, but I didn’t know that she was also the voice of the original James Bond movies. She is considered one of the most popular British female vocalists and was the first Welsh person to gain a #1 single with “As I Love You:”

Bassey was known for her powerful, sensual singing and often made audiences uncomfortable. British radio refused to play some of her songs (such as “Burn My Candle”) but they sold well.

I had no idea Tom Jones was from Wales. Most of my Tom Jones knowledge comes from his episode of The Simpsons, so that’s probably why I don’t know much about him:

Then, of course, who can forget his incredible contribution to The Fresh Prince of Bel Air:

But yes, Jones is from Wales. He spent two years in bed as a child recovering from tuberculosis, and at 16 he married his pregnant girlfriend and worked in a glove factory to support them. “It’s Not Unusual” took off in 1965 when he was 25, and the rest, as they say, is history.

She was a huge deal when I was a young kid. I was never super into her (no offense to her or anything, just not my style) but I remember seeing headlines that said “CHARLOTTE CHURCH RUINING HER VOICE” and seeing people gloat about it. I was young but I remember thinking, “…why are you happy about this? You’re happy that a 10-year-old is losing her voice? What kind of sad hater are you?” In short, Charlotte Church was one of my first lessons in learning that haters are toxic, awful people.

I LOVE DUFFY SO MUCH. She is from Wales, and I knew that because I knew everything about her. I wrote a whole post on her here, and here is a cover I did of her song “Warwick Avenue:”

Please check out her version as well, but here is another favorite of mine, called “Stepping Stone:”

Marina and the Diamonds

I don’t know much about this artist aside from either people who absolutely love or absolutely hate her. I haven’t looked into her too much but apparently her label refused to release her “How to Be a Heartbreaker” video because she looked “too ugly” in it:

Her label, however, told everyone to shut up and said that it “wasn’t their decision.” Whose decision was it then? I’m confused, but whatever. The video is out and she looks fine so who cares I guess.

Founded in 2013, Welsh Language Music Day (or “Dydd Miwsig Cymru” in Welsh) is designed to bring back and celebrate the traditional Welsh language. Their website is terrible, but here is the Wales Online description of the day as well as some songs to listen to to celebrate.

I hope this was a fun and interesting dive into Welsh music! Please let me know if I’m missing anyone you like!

A Brief History of Scottish Music