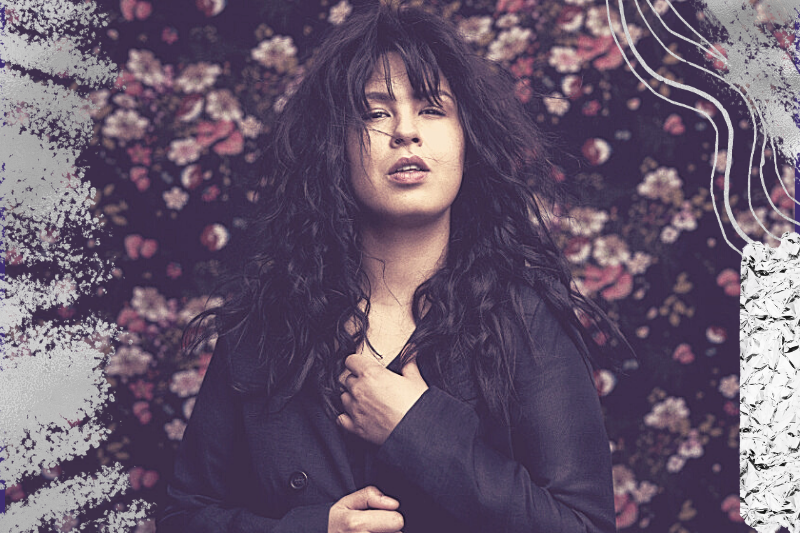 Maria Mena is one of my absolute favorite singer/songwriters. I love her so much, so this review will be heavily biased. However, there are several small critiques just so this isn’t a gush-fest.

Seriously though, if you don’t know Maria Mena, please check her out immediately.

I’m going to break the album down song by song, then recap my thoughts as a whole at the end. I’m excited!

This album came out a week ago, but I needed time to process it. I wrote my initial thoughts upon hearing it the first time, but I’ve gone back and refined my thoughts a bit.

First thought: I’m kinda surprised there are only 7 songs on this album. Then I realized it’s an EP, so it’s actually large for an EP. However many songs Maria Mena wants to give, I will gladly take.

If you love Maria Mena as well, please let me know! I love meeting fellow fans:

Here is the Spotify playlist, but I’ll also include links to YouTube if you don’t have Spotify. Feel free to listen along and let me know if you agree with my thoughts!

We start off with quintessential Maria Mena: A unique and vocally challenging melody follows a timid piano intro. The song builds into a powerful, choir-backed ending.

I absolutely love singing along with her because her vocal melodies are so unique and challenging, it’s like a warmup on its own. I feel like her complex melodies and lyrics might be why she hasn’t been able to break into “mainstream pop,” but I hope she never changes just for that reason.

By the end of this song I had goosebumps all over my arms and back, so we’re off to a good start.

2). Lies (They Never Leave Their Wives)

I love the way Mena can tell such intimate stories but still make them feel relatable. I’ve never been a mistress, but I can connect to the feelings of jealousy and betrayal. I normally don’t agree with the singles chosen from her albums, but I think this is a great single. It perfectly demonstrates Maria Mena’s unmatched lyrical talents with her unique vocal melodies.

There is a music video (sort of?) for this one:

Hopefully we’ll get more music videos from this album because I always love her style and videos.

Maria’s voice sounds much stronger. While I love the softness from her earlier albums, I’m happy with this growth from her.

I’m not sure about the production of this one. It feels like a happy power song, but the chorus lyrics are “You broke me, I’m broken…” The lyrics do not match with the power anthem vibe. Maybe they were concerned with making it too sad? Lord knows she’s made plenty of devastatingly sad songs before, so I’m not sure what the thought process was.

Genius says the song was written by Mena and Olav Tronsmoen, and produced by Tronsmoen. I wasn’t able to find much on him, but he’s credited on the entire album so I’m excited to see where his career goes.

This is one I know I’m going to cry to many times. It appears that she’s talking about the same person from “Lies,” but I really don’t know and she rarely reveals who her songs are about (except family members, i.e. the entire “Cause and Effect” album).

I love this song. It grows from a soft intro to a driving pace. Actually now that I think of it, all of the songs thus far have kind of had the same production formula. We start soft, grow into a moderate/driving pace, and most end soft again. I’m not mad about it, but I’d like to see more production growth from Olav Tronsmoen if they work together again (and I hope they do).

This was her first single, and I was not sure what to think of it at first. It has a music video (again, kind of):

I loved the beginning, it seemed like a Covid-19, quarantine depression anthem. However, at the end of the song it takes a hard left and talks about how Jesus will save us from all bad times. As she sings this part, the instrumentation disappears and it’s just her singing in your ear about God, with no warning.

My issue is not about the religious part. I’m fine with that, but it’s not consistent throughout. She doesn’t let on that it’s religious at all until the very end. It’s like meeting an old friend for lunch and realizing too late that you’re actually at a pitch for a pyramid scheme.

Production and singing-wise, the song is great. Lyrically, I just wish it didn’t have such a separation between the beginning and ending. I don’t mind religious songs (Whitney Houston’s “The Preacher’s Wife” album is one of my all-time favorites) it’s just the shock of it at the last minute.

Other fact: Here is all of the info on the song’s production, and it’s nice to see she uses different background singers. Maria if you need an American singer please please contact me I promise I will sing about whatever you want.

Initially, this one was my least favorite in terms of melody. It’s grown on me since, but it’s pretty anti-climactic, unlike the rest of the melodies on this album.

Lyrically, it’s very interesting. Again we reference the relationship from “Lies,” but it’s her telling a friend or loved one to stay out of her business about being with him.

Every one of her albums feels like opening the diary of a stranger. You get juicy details but no context, which makes it all the more intriguing, and also allows you to relate. I’ve never had anyone tell me not to be someone’s mistress, but I’ve definitely had people lecture me on things I didn’t want to hear. So it’s personal and relatable and I will absolutely be scream-singing this while driving in the future.

I love the reverb on her voice in the intro. This entire album is basically a petty middle finger to whoever she was banging, and honestly I’m not mad about it. A petty spite album is what I aspire to create at some point. If I had a tenth of Mena’s songwriting or singing talent, I’d start it today.

Lyric-wise, this song reminds me of “Growing Pains” from her last album. I love that song too, but this one has a much more upbeat production. “I got out” is the main chorus lyric, and the song celebrates that fact.

Maria Mena is an absolute queen. This is a rather quick listening experience with only 7 songs, but overall it’s thoroughly enjoyable and I highly recommend it.

There’s nothing “bad” per se, I just feel like I have to give this *SOME* type of critique so it’s not just me gushing about how great she is.

The only two things I wasn’t a huge fan of: The production on “You Broke Me” and the lyrical switcheroo on “Not OK.” And maybe the fact that there were only 7 songs, but that’s 7 more than I had earlier this year so I’ll take them.

Everything else, I love her so very much. Maria Mena has shaped who I am, as a singer, songwriter and probably also as a person. I hope if you didn’t know of her before, you do now. I hope you will go through her catalogue and discover all she has to offer. I truly love her so much.

I also feel the need to mention that this album (for the most part) is pretty upbeat in terms of production, which is a welcome change for her. We love a ballad queen, but the album has an overall driving beat behind it, which makes it good for listening to while exercising or cleaning.

TL;DR – Maria Mena is incredible please check out her new album but also everything else she’s ever done I promise you’ll love her ok thanks bye

What do you think of Maria Mena? Do you love her new album? Please let me know your thoughts!

Here is the Spotify playlist so you can hear “They Never Leave Their Wives” in full:

New Single: A Cover of John Cale’s Burned Out Affair

How to Sing Like Dolly Parton: 3 Tips to Imitate Her Voice