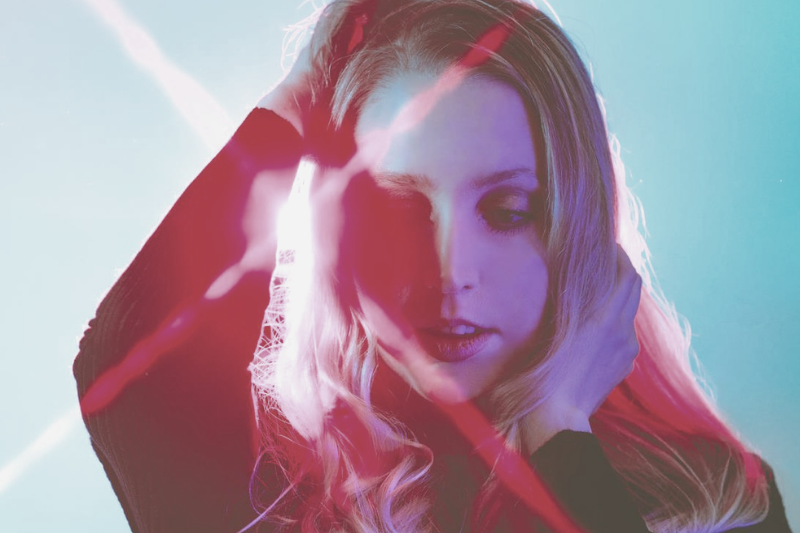 Sciarra has an impressive social media following, fresh pop vocals and produces her own sound. In our interview, she discusses why she would try out for talent shows or recommend them, and how she found success without one. I had a great conversation with her and hope you’ll enjoy it as well!

As always, I appreciate my guests being here and I appreciate you checking them out! If you enjoyed this interview, please let her know!

Great to have you! I hate the cliche “how did you get into music” question, but for those who don’t know you – what’s the most important thing for them to know about you and your music?

I started when I was young in musical theater and fell in love with singing and performing. During that time, I was writing a lot of poetry and decided to start putting melodies to my poetry which eventually turned into original songs and working with different producers in my hometown. Then one day I attended my first dance music festival and it completely changed my perspective on music. I fell in love with electronic production and how one can make the entire song on their own. From there, I ended up getting familiar with production and starting a dance project that I did for a few years before I started my current project.

Let’s talk about “Afterglow” – what was the writing process like?

The writing process was very experimental with Afterglow because it was the first song of my new project. I wasn’t 100% sure which direction I wanted to go but knew I wanted to bring in more underground electronic elements to the production and also a darker vibey feel. It took about a year of working on the song before being happy enough with it to release it.

I love the male “hey” voice in there also, who was that? Or was it a loop?

It was a loop!

“Love on the Line” is great; how did that one come about?

It came from an old instrumental me and my co-producer worked on together. I was going through my unfinished music one day and came across it. I fell in love with the vibe of it and decided to finish it. The goal was to write a relatable song about when you first fall in love with someone and you are purposely blind to all of their flaws. You know that the relationship is not good for you anymore but you keep it going because of the feeling it gives you. I know a lot of us have been in that exact position many times.

You mentioned that you were going through unfinished music. Do you do that often? I feel like a lot of musicians (myself included!) have an “unfinished” folder of ideas.

I do have a folder of instrumentals and song ideas. Also I have a bunch of melody ideas in my voice memos on my phone. I always try to put down my ideas as they come to me. Then I’ll go back and revisit them once a month and see if I am vibing to any of it.

Tell me about “Back For More:”

This particular song is the first release after redoing my sound completely. It’s a mixture of dark cinematic trailer music and electronica with haunting vocals. I came to this sound after writing music for TV/Film for a few years which really helped me grow as a writer and get familiar with genres I wasn’t used to writing. The sound isn’t really new for me as I have always loved the dramatic music in movies and how it always takes you to a brand new place. My goal is to bring more truth to the music scene and write songs that reflect what’s really going on in the world. I think there needs to be more music out there that reflects the truth rather then ignoring what we are going through. I hope that my music can help people get through their own obstacles and know that they are not alone even when they are at their lowest.

Which song was most difficult to put together, and how did you get through it?

I would say that [Back For More] was the most difficult to put together for many reasons. One reason had to do with the fact it is a huge blend of different elements and genres. Another reason was having a specific vision in mind and never feeling like it was good enough. I redid the production many times with my co-producer to get it to where I wanted it to be. The key was taking a break from it and working on other songs then coming back to it with a new ear.

You’re also a producer, which is awesome! How do you approach production? Do you go into it with a clear idea of the outcome, or do you tend to figure it out as you go?

I tend to figure it out as I go. I started off as a singer-songwriter so it’s been a long journey of learning production and trying to find the process that works best for me. Sometimes I’ll just write a song from chords and go from there. Other times, I will have a simple instrumental I’ll put together, write to it, and then build the production.

Do you produce your own songs solo or do you have a collaborator?

Normally I collaborate as I find you get tunnel vision very quickly when you are the sole creator. I love bringing in other collaborators that bring a fresh perspective after you have heard the song a million times.

I hear a few similarities to Miley Cyrus in your vocal styling (which is a compliment!); who are your biggest musical influences?

Thank you! I love Miley’s work. My biggest influences are artists such as Billie Eilish, Nero, Crystal Castles, Elohim, Broods. I love artists that are outside the box and aren’t afraid to push boundaries.

You were a semi-finalist in the International Songwriting Competition last year, what song did you enter?

I entered my song Afterglow!

What was the competition like? Was it all online or did you have any performance?

It was all online based on the song as a whole. It would be cool if they had performances as well!

What is your opinion on shows like The X Factor, American Idol, etc? Would you ever go on one?

I personally would not go on them. I think they can be great exposure but also they have very complicated contracts that are easy to get stuck under.

Do you tend to watch any of those shows or are you not into it? What type of TV are you most into?

I used to watch them but haven’t lately. I love watching dramas and horror. My favorite shows right now would be Stranger Things, The Haunting of Hill House, and Black Mirror. I tend to go for the darker shows that have thought out storylines and interesting perspectives.

How did you get such a huge Instagram following? I know this is a dream for a lot of artists but it’s a lot easier said than done.

I have had my songs on various TV shows, different social media platforms, and have been able to build fans from all of it which I am very grateful to have.

That’s awesome you got your songs on TV shows, can you tell us a little bit about how you did that?

I started collaborating with producers who were working within licensing. They would have briefs and we would write songs based on those. After a while of writing songs I started getting placements and building relationships with different licensing companies seeking music.

What are your music goals for this year, and how are you working to achieve them?

My goals for this year is to do live shows with my new music. I am working on finishing up a bunch of new music over the next few months so I can start performing around the city and would love to do music festivals as well!

Lastly, do you have any funny stories about being a musician?

I would say my most funny story was performing at a show and when they called me to the stage I had to walk down a bunch of stairs. I ended up slipping down every single stair in heels. The whole audience saw and it was so embarrassing. It still haunts me to this day!

Thanks so much to Sciarra for being here! Please check out her social media pages here:

An Interview with Anitra Jay from The Crafty Musician