How to Write an Awesome Ballad: 4 Tips for Songwriters Who Love Ballads 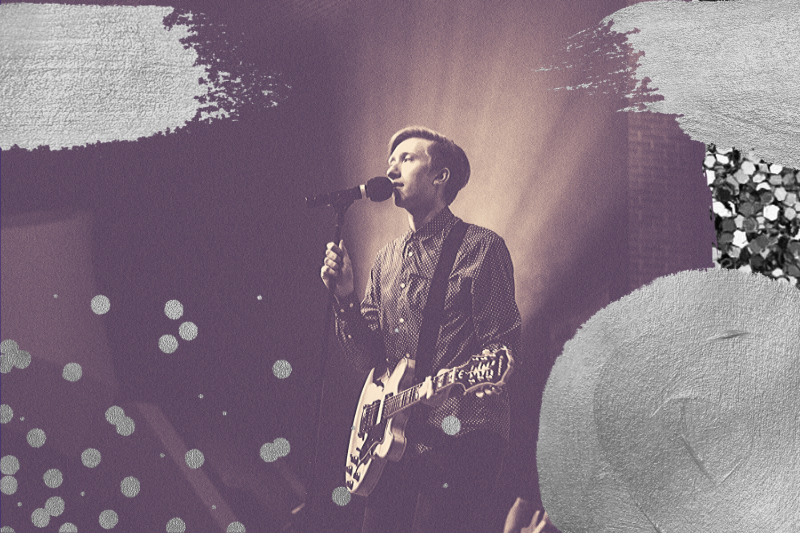 Also known as “slow jams,” ballads were HUGE in the 90s (you kids probably don’t remember them very well but I’m old so take a seat and listen to my wisdom). Lately, as a songwriter, I’ve been told not to write any ballads to pitch anywhere because everyone wants uptempo songs. But like all things, music works in cycles so eventually, we’ll see a return of the ballad. If you’re writing a ballad, what are the chances it could be a hit? Let’s look at some data for inspiration: 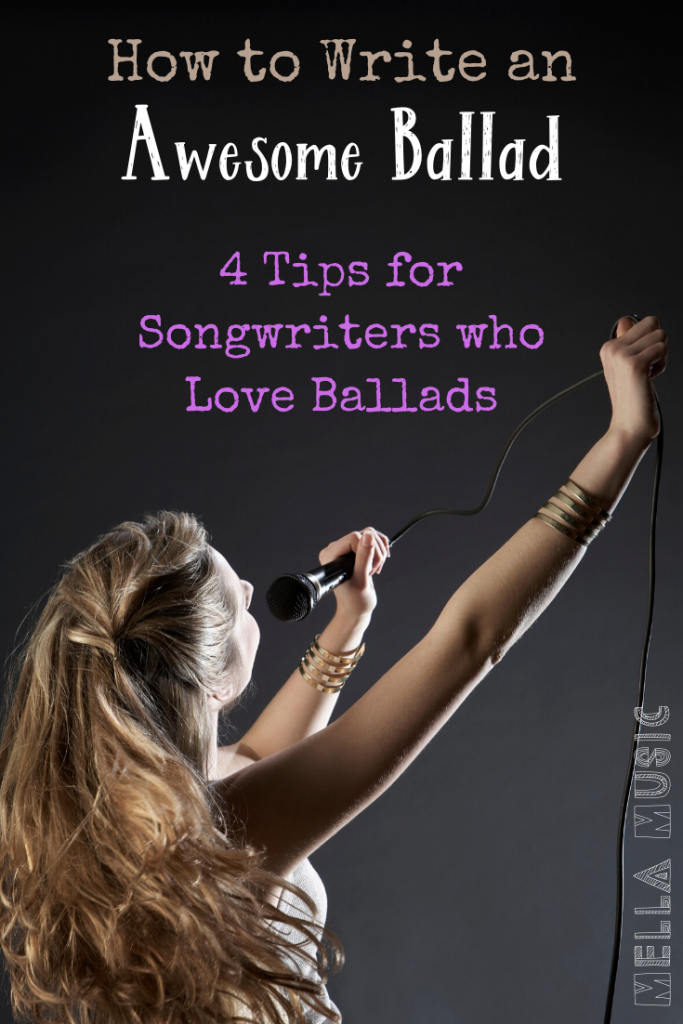 Are Ballad Songs Still Around?

Of course, artists still record ballads, but they aren’t singles like they used to be. Let’s look at the top 10 songs of 1994:

First, kudos to Ace Of Base for having 3 of the top 10. If you don’t know about their producer, Max Martin, I highly suggest giving him a Google search because he is amazing and responsible for a ton of successful artists. But look how many ballads are on this list! You might have to stream some of these if you’re too young, but trust me they’re mostly ballads. If we compare that to 2016:

There are a couple slower ones here, but not nearly as many as before. “Hello” could be considered a power ballad, which we’ll cover in a bit. Overall, you *can* write ballads, but you need to keep some things in mind.

How to Write a Hit Ballad Today 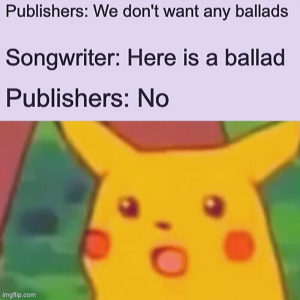 I was at a song pitching session for BMI a while ago and was told “We have a sign on our door that says “All Ballads Will Be Shot On Sight.” Ballads are overly common, and they tend to be a go-to for beginner songwriters. Everyone thinks they’ve written the next huge ballad hit, but it’s important to remember that you have a LOT of competition.

So, how do you make your ballad stand out in a world that’s over-saturated with them?

1). Lyrical Ballads Will Always Win Out

“Thinking Out Loud” by Ed Sheeran was HUGE. Here are the stats on it because it just has too many accolades to mention. What made this song so popular was its lyrics, perfect for weddings and the epitome of a love story. If you’re going to pitch a ballad, it needs to be exceptionally good lyrically. There really isn’t a formula to write great lyrics, they just have to come from the heart. If you’re not strong lyrically, you might consider working with a lyricist. I have a post on that here, as well as an interview with a pro lyricist here.

Remember how huge “My Heart Will Go On” was? That song would never make it on the radio today, for the simple fact that it’s dated. If you want your ballad to succeed in modern times, you have to make it sound modern.

Ariana Grande is a great example of an artist who puts out successful ballads. “Dangerous Woman” is one such example:

The BPM for this song is 134, but it feels very much like a ballad. So why was it so successful? For one, it sounds very modern, futuristic, even. The other reason is that it has such a powerful vocal that it really drew people in, which I’ll cover in a bit.

“But I don’t like a lot of synths, why can’t I just use real instruments?”

You can, but your production and mixing techniques still need to be modern. “Thinking Out Loud” wasn’t synth-heavy, but it sounds current. Bruno Mars is often considered a “throwback artist” for his retro sound, but he still makes his songs fit today’s standard. “When I Was Your Man” was just Mars and a piano and it did quite well:

The other obvious part of the success for these ballads is that the artists were already big when they made them, and they’re all in the pop category.

This is something you’ll need to keep in mind. If you’re trying to break an unknown artist with a ballad, you definitely want it to be lyrically outstanding and sound super modern.

The term “Power Ballad” is difficult to define and largely subjective. I don’t know that any of my three current examples could be considered “power ballads,” but the vocals are strong in all of them.

I tend to think of strong electric guitars and heavy drums when I think of a power ballad, but it’s totally an opinion. Power ballads were huge in the 80s and 90s, so again, you can borrow from retro songs as long as you make sure the mix and production are modern.

Pop music and country music is where the money is, so if that’s your goal, you’ll want to stay in those lanes. I’ve kept the focus on pop, but we’ll discuss country in a minute because that’s a different world.

If you’re having a tough time with your ballad in pop or country, why not try R&B, jazz or folk? You may not have as much monetary success, but ballads are still widely accepted in those genres.

As of right now, no publisher is looking for country ballads. The only ones being considered are those written by in-house writers or the artists themselves. It’s just too easy to write a country ballad, sadly. Not that the process is “easy,” but it’s almost everyone’s go-to, and publishers and artists are flooded with them.

So, what are your options if you’ve written a country ballad? You can try a different genre, or try giving to an unknown artist, but it needs to be lyrically exceptional. Country music is a tough world, so I don’t want to discourage anyone from writing a country ballad, but I want to make sure your efforts are geared toward success.

If country ballads are your strong suit, you might consider trying to be an in-house writer or making friends with a relatively well-known artist. Obviously those are way easier said than done, but it’s worth a shot!

I took Reba McEntire’s MasterClass and wrote about the songwriting aspect here, so you can check that out if you want to dive deeper. 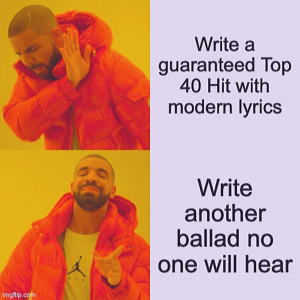 How do I know if I’ve written a ballad?

Or, what makes a ballad a ballad? The term has an interesting history that I won’t get into because it’s not relevant, but if you’re bored check out the origin of the term. Ballads are subjective, and there isn’t really a set way to tell other than your own judgment. I think we can all agree though that when we think of a ballad we are thinking of a slower song. It can have a driving beat to it, but for the most part, it’s still considered “slow.”

I included this term in my book because I’m frequently told a song is a ballad and then I hear it and kind of disagree, but that’s okay because it’s just an opinion! I just wanted to mention it in my terms so that people are aware that there may be some conflict as to what counts as a ballad. As long as it’s a good song, it doesn’t really matter!

What are your favorite ballads? I love a good ballad, so let me know what I should check out!

Duets – How to Get the Best Performance From Your Singers

How to Create a Home Recording Studio on a Budget