Cancer Musicians with the Same Birthday (so They Should Collaborate) 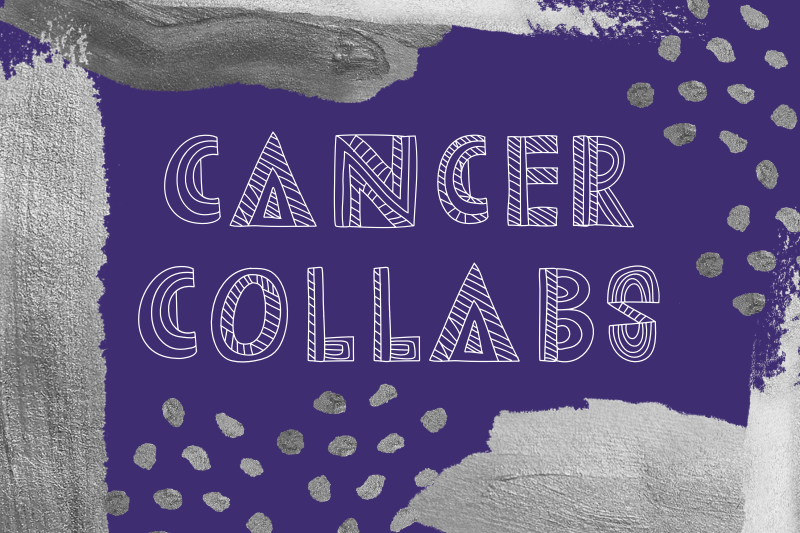 Cancer musicians are a common topic around here (along with every other zodiac sign). I’ve listed every Cancer here, and talked about being a Cancer musician here. Today I’m going to just list Cancer musicians who have the same birthday, and imagine a collab between the two. Some would be great, some would probably be horrible, but it’s fun to imagine them. Sometimes, someone has already made a mashup of the two, which is awesome. I have no idea how to do that, but if you feel inspired to make mashups of any of these, please let me know! I’ll gladly share them here and give you credit. Other than that, let’s celebrate some Cancer birthday collabs!

Send me a tweet and let me know your ideal Cancer collab:

This is not an exhaustive list of Cancer musicians (you can find that here), these are just people I’ve picked because I thought the duet would be interesting. Again, if you feel like making a mashup, please do! I’d love to hear and share it here!

Brandon Flowers of The Killers shares his June 21st birthday with Rebecca Black. The Killers are a rock band from America with a very loyal following:

Rebecca Black *was* notorious for her song “Friday,” but she has done a LOT since then and has really proven herself as an artist:

It sucks that she’s most well-known for “Friday,” when she was a child and wasn’t in control of her image or creativity. If you haven’t heard her current stuff, please check her out! People born this day are receptive and loving, which will make for a great partnership!

I love both of these artists and I think they’d be great together! Born June 23rd, Jason Mraz is an alternative pop singer/songwriter. His most popular hit is probably this one:

I’ve written about Duffy before here. She’s an incredible soul singer with a super interesting backstory:

There have been rumors that Duffy may return to music soon. So who knows, maybe Jason Mraz can help her get there! People born this day are energetic and cheerful, which comes across in both of their work. I really want this one to happen!

Ryan Tedder of One Republic shares his June 26th birthday with Ariana Grande. One Republic is a pop rock band with several hits. The most popular is probably “Counting Stars:”

I think this would be a great collab. While Ariana Grande is a way bigger name, One Republic is very popular and their sound could blend well. People born this day are tenacious and disciplined. This could lead to intense disagreements or butting heads, but it could also mean that, regardless of personal issues, they’d come together to make a great song!

Guess what – Someone made a mashup of these two! Yay I love when that happens:

This would be amazing. Debbie Harry (aka the lead singer of Blondie) shares her July 1st birthday with Melissa Elliot, aka Missy Elliot, aka an incredible/legendary songwriter, producer and rapper. Blondie still has a large fanbase, but they came out in the 70s:

Missy Elliot is a rapper, singer/songwriter and producer. She’s behind a LOT of songs, and was the first female rapper inducted into the Songwriters Hall of Fame.

Given how easily Missy Elliot can blend with any artist, I have no doubt this would be an incredible collab. People born this day are both determined and easygoing, which may seem contradictory, but I think it would lead to a successful and fun partnership!

You may not know one (or both) of these ladies, but they’re both extremely talented singer/songwriters with unique voices. Born July 2nd, Michelle Branch was a major millennial singer/songwriter:

Ruth B had a big hit called “Lost Boy” and has a large underground fanbase:

Since both of these incredible ladies have a loyal following, I think this would make sense for both of them and would sound great! People born this day are loyal and practical – both good duet qualities!

Born July 3rd, Tanner Elle Schneider (aka Elle King) is a singer/songwriter with a unique voice and a gritty pop sound. Interestingly, she is also Rob Schneider’s daughter.

Diamonté Harper (aka Saweetie) is a rapper and singer/songwriter. Her debut was in 2018 and she’s been huge ever since:

People born this day are outgoing and flexible, which I think both of these artists show in their music very well. Do you think this one would work? I think a mashup would be great, but a duet would be really incredible!

Adam Young of Owl City shares his July 5th birthday with Glen Power of The Script. Basically, Adam Young *is* Owl City; it’s one of several music projects he has created. His biggest hit was “Fireflies,” which came out in 2009:

The Script is an Irish rock band. Glen Power is the group’s drummer and backing vocalist:

Someone made a mashup of these two! Please support them by clicking through to their channel!

People born this day are positive and strong, which are good traits in general and also good traits for collabs!

Bon Scott of AC/DC shares his July 9th birthday with Jack White of The White Stripes. AC/DC is an Australian rock band; Bon Scott is the group’s singer.

The White Stripes are a rock duo from Detroit, Michigan. Although technically they are no longer a band, Jack White is still working and the band is still well-known.

Although The White Stripes did cover some AC/DC songs, I couldn’t find that they’ve actually worked together. Again, a Jack White and AC/DC duo would be far more likely, and I’m also okay with that. People born this day are wise and ambitious, which shows in both of their success!

Bastille is an English pop/rock band, with a similar sound to Imagine Dragons (in my opinion). Dan Smith is the group’s lead vocalist and also started the group as a solo project:

I am confused – there are several apparent “remixes” with both bands, but they are labeled as Imagine Dragons songs with “Bastille Remix.” I don’t know if that means Bastille themselves remixed the song? I looked it up but maybe their mega fans can let me know?

Anyway, they’re both lead singers, they’re both named Dan, and they’re both born July 14th. It only makes sense for them to work together, and the fact that their sounds are similar is just icing on the cake. People born this day are sociable and stable, which are two words I would never use to describe myself.

Born July 22nd, Keith Sweat is a singer/songwriter and producer, known for his smooth R&B:

Selena Gomez has been famous since she was literally a toddler, and continues to be a prolific pop star. While I wouldn’t say she and Keith Sweat have a similar sound, I would say that they could easily lean into either side.

I mean, they’re both good singers. If you threw a ballad together, I think they could do well. In my opinion, Keith Sweat is a little stronger vocally, but that might not be fair since I know more of his work. People born this day are magnetic & positive, which would make them work well together.

What Cancer Musicians would you love to see collab? Do you think any of these would be good? Let me know in the comments!

6 Wonderful Effects of Listening to Music During Pregnancy

An Interview with Anitra Jay from The Crafty Musician