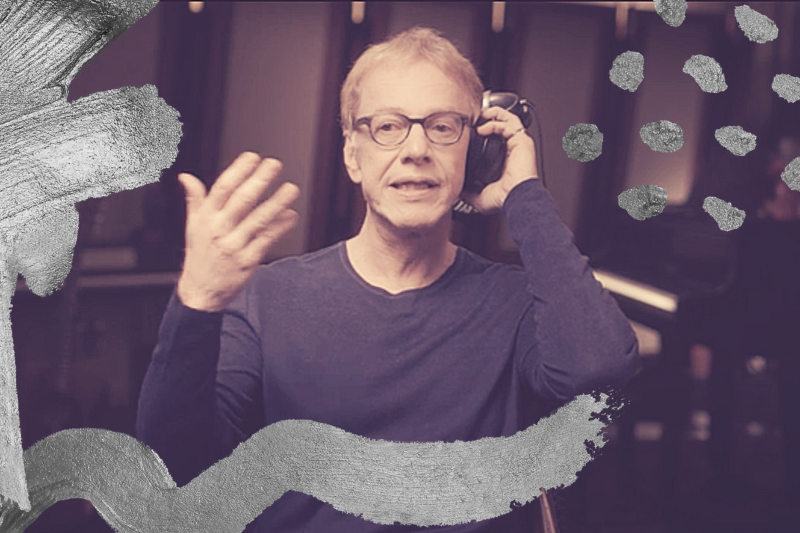 We are at Part 4 of 4 of my Danny Elfman MasterClass review! I’ve finished the course and the self-directed final project (since there was no project for this class). I’m going to cover the final few classes as well as my overall opinion, and then you can laugh at my abysmal attempt at film scoring.

First, if you’re taking the class, please let me know!

I’d love to discuss what you thought and what you learned. If you’re reading this to decide if you want to take the course, hopefully this will help you make a decision.

Here is my video in case you prefer to watch instead of read:

This is Elfman’s most popular video in the series, and it is so good it really should be a mini class in itself. I’ve had a ton of insecurities during this course and this video basically showed that it’s okay to have those and that failures will happen, but it’s part of the process. Honestly this video alone is worth the whole class.

Physical discipline (boxing) helps Elfman cope with failure, which includes both not getting jobs and getting fired in the middle of a job. He confesses that he and Tim Burton butted heads over The Nightmare Before Christmas and “I had this meltdown…I went nuclear. I had a meltdown.” They didn’t talk for two years, after which they made up and I guess they’re fine now.

Elfman admits to being impulsive, emotional and gets excited. He deals with it by boxing and keeping things in perspective.

He also warns composers that some projects are just not worth it. “Life’s too short for this shit,” he says about some projects. If you can’t get past your emotions on a project, walk away.

Danny prefers to work with directors who have no musical knowledge, because they don’t try to get in the way of his composing as much.

“Your job is to translate their feelings about their movie into music,” he says.

This is very similar to being a session singer. My entire job is to translate the songwriter’s feelings into my singing. Communication can be difficult during this time. I wrote a whole book about it.

Elfman compares this process to going to the eye doctor. You keep showing them different options, they choose between those options, and you keep narrowing it down until you get what they want. This is the part of the class I relate to the most.

Film composing law seems way more strict than songwriting law. Any movie scene with similar sound that matches another is open to a lawsuit.

As we’ve seen time and time again, songs can sound almost EXACTLY THE SAME as other songs and the original songwriters are pretty much screwed.

Danny Elfman seems like a very wise, eccentric friend you could call for advice, but he might talk for 47 minutes about something else before he finally gets to the advice. But the wait would be well worth it.

In the end, he says that there is a difference between a “happy career” and a “fulfilling career” and that they aren’t always the same. Sometimes a career has far more downs than ups, but if it drives you and it’s your passion, it will still be fulfilling.

My Overall Opinion on the Danny Elfman MasterClass

If you’re a movie buff, someone who enjoys behind-the-scenes info into music and film, or someone who wants to compose for a living, this course is definitely for you. I am none of these things, so this course was a little tough for me. Danny Elfman is hilarious and eccentrically endearing, but if anything this course taught me that I have zero desire to even try film scoring. I guess that’s a good thing to know?

For what it’s worth, I *DID* learn a lot of tips about composing, were I ever to take a job that required it. However, knowing what it involves, I would probably defer a composing job to one of my composer friends rather than attempt it myself.

Again, if you’re a film person and/or actually compose music, I’m sure the class would be a lot more helpful to you.

I also just wish there was some type of project to work on. With my other MasterClasses, there was a tangible result at the end. I remixed a Deadmau5 song. Christina Aguilera’s course gave me a personalized warmup that I still use to this day. Although Reba McEntire’s course didn’t have a project, I still used her techniques to cover one of her songs. I really wasn’t sure how to make a project for this class, as there was no film to score and no direction given. So, I took it upon myself to create something. It is not good, but it…exists, and it wouldn’t have existed prior to this course, so. Here it is if you’d like to see:

I hope this review is helpful to you! If you decide to take the course, you get an all-access pass to every other MasterClass I mentioned as well as every other course they have! Here are my affiliate links:

Not sure what other classes there are? Here is the home page:

You can give MasterClass as a gift! It’s a great idea if you know someone who’s a huge fan of any of the teachers:

Give MasterClass as a Gift