Dolly Parton Autobiography Review: My Life and Other Unfinished Business 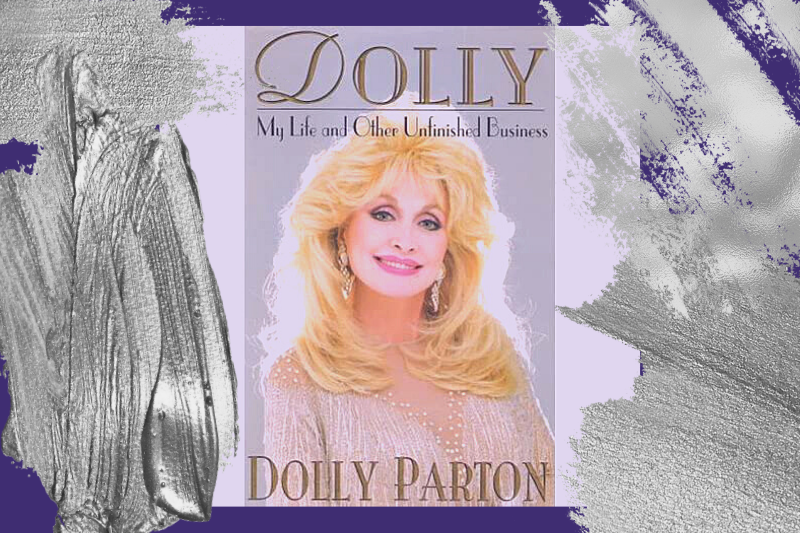 I’m a big Dolly Parton fan, but if I’m being honest, I’m more of a fan of her as a person than her music or films. I think most people my age (Millennials/Gen Z) might be similar, because her music fame was “before our time” but she herself has remained an icon.

Not knowing much about her besides her iconic looks, I was excited to learn more about her as a person. This book was released in 1994, but it’s never too late to learn about artists! I’ve done book reviews before (Robyn Crawford’s book about Whitney Houston here, and the weird guy who sued Taylor Swift here). Here are my full opinions on Dolly Parton’s book, “My Life and Other Unfinished Business.”

Dolly Parton: MY Life And Other Unfinished Business Review

Did you read Dolly’s book? Let me know!

Dolly Parton was one of twelve children, born in 1946. She was raised in poverty in the Smokey Mountains in Tennessee. While anyone could be bitter about that, she talks about it with fondness. One of many things that struck me about this book is her sunny disposition about literally anything. I had one sibling and hated it most of the time. She had ELEVEN and talks about it like it was wonderful. Dolly is absolutely a “glass half full” person.

Another thing that I really liked about the book is that she includes the difficulties of rising to stardom. I’ve read MANY autobiographies and a lot of them tend to say “I was born and then I got famous,” leaving out the turmoil that happened along the way. Dolly is honest about her struggles, getting dropped from a record label and being super poor in Nashville trying to make it big. She tells all of these stories with such positivity that it’s easy to gloss right over them. However, mentioning them at all is important and I feel that a lot of people don’t do that.

Struggles During the Hight of Fame

The one spot where it really felt like she went through some hard times is during her most famous phase. She was filming “The Best Little Whorehouse in Texas” and it seemed that everything in her life was going wrong. From friends abandoning her, to family problems, to career and health problems, she had all of it at once. She’s honest about what a hard time that was for her, and I appreciated the change in tone because it emphasized what a tough spot she was in. Not that I *enjoyed* reading about her misery, but the rest of the book is so cheerful that this part reminds us that she is in fact human.

Even her failed business relationships are viewed with compassion and kindness, which to me shows what a great person she is. She’s careful not to talk shit about anyone, but you still get a sense of who she’s not super fond of and who she really loves.

One interesting thing I found about the book is that she claims everything she wants to happen, happens. She decided to be a famous country singer, and so she did that. She decided to be happy, so she is. I know it’s not that simple, but I’m also a very cynical and sarcastic person. By the end of the book I was thinking, “what if it really IS that simple?” I’ve decided that this blog will be the #1 blog in the world by next year, so we’ll see if it’s possible or if Dolly Parton is just magic.

She talks about upcoming projects in the book, and it made me cringe because I thought “yikes, she’s writing all of this in a book and what if it doesn’t happen?!” However, almost everything she talked about, from her makeup line to her trio album with Loretta Lynn and Tammy Wynette actually happened.

She didn’t mention Dollywood at all in the book, which is interesting because she bought it in 1986. According to my limited research, she became “more involved” with it in 2010 so maybe that’s why she didn’t discuss it in 1994. Still, I would think owning an entire theme park would bear mentioning once or twice.

I made a video with specific points that differ from this post, in order to keep each piece interesting:

As you’ll see in the video, I only really had 2 critiques:

1. She fat shames people and tells them to spit out food, which may be triggering for some (although so much of what she says is a joke, I’m honestly not sure how to take this). I think even as a joke, it could be taken the wrong way.

2. She claims not to force her religion on anyone and says people can believe whatever they want. But multiple times throughout the book she sprinkles in “instructions” on how to live, including following her personal beliefs. I don’t care about this too much because I’ve read far preachier books (by far lesser artists). However, she repeatedly flip-flops between “believe whatever you want” and “believe exactly what I believe if you want true happiness.”

My Overall thoughts and opinions on the Dolly Parton Autobiography

In general, I loved the book. It was funny, interesting and remained kind while still spilling tea. In fact, Dolly should have her own gossip YouTube channel called “Sweet Southern Tea,” where she kindly tells people she hates to shove it. I would smash that subscribe button so hard.

You can find the book on Amazon here in physical form:

Unlike most other books, I was unable to find this in digital form. The physical copy is totally worth it, so check it out on Amazon or please support your local bookstores!

What did you think of the Dolly Parton Autobiography? Let me know in the comments!

The David Sedaris Masterclass: Will It Help Aspiring Writers?