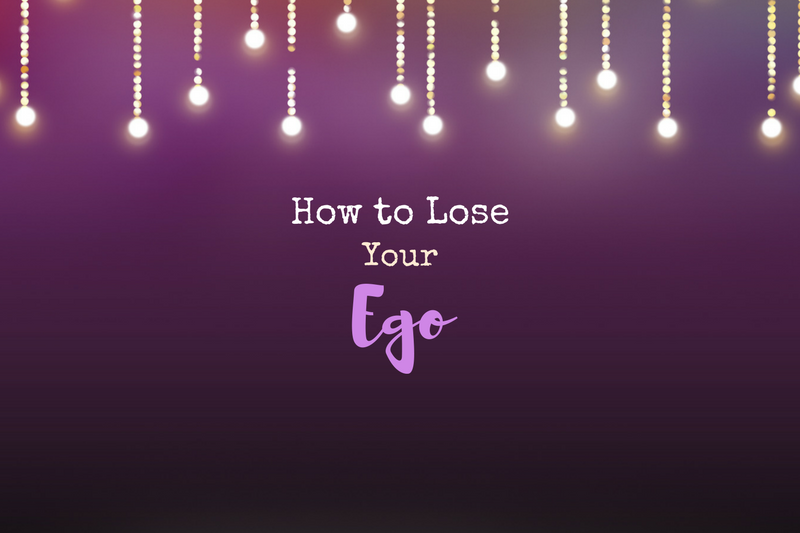 I can’t tell you how many songwriting pitches I’ve attended where someone has said, “there is no room for ego in songwriting.” In these same pitches, there is always someone who argues with the publisher after their song was rejected. They try to explain WHY they included two bridges (“you need both to tell the story!”) or to explain that they KNOW the song isn’t finished (“I already know it needs more work, I just wanted to show you what I have so far!”) The rest of us roll our eyes and shift anxiously in our seats. We get it. You’re already a pro, and that’s why you’ve come to the same pitch like the rest of us, hoping a pro realizes that you’re a pro.

I am by no means a “pro-songwriter.” I have never written a Grammy-winning or chart-topping hit (yet…fingers crossed!) However, I have been privileged enough to work with a great deal of pro, Grammy-winning, and chart-topping songwriters. I also write songs professionally for clients, so what I’m about to tell you is thoughtful advice, based on real-life experiences. 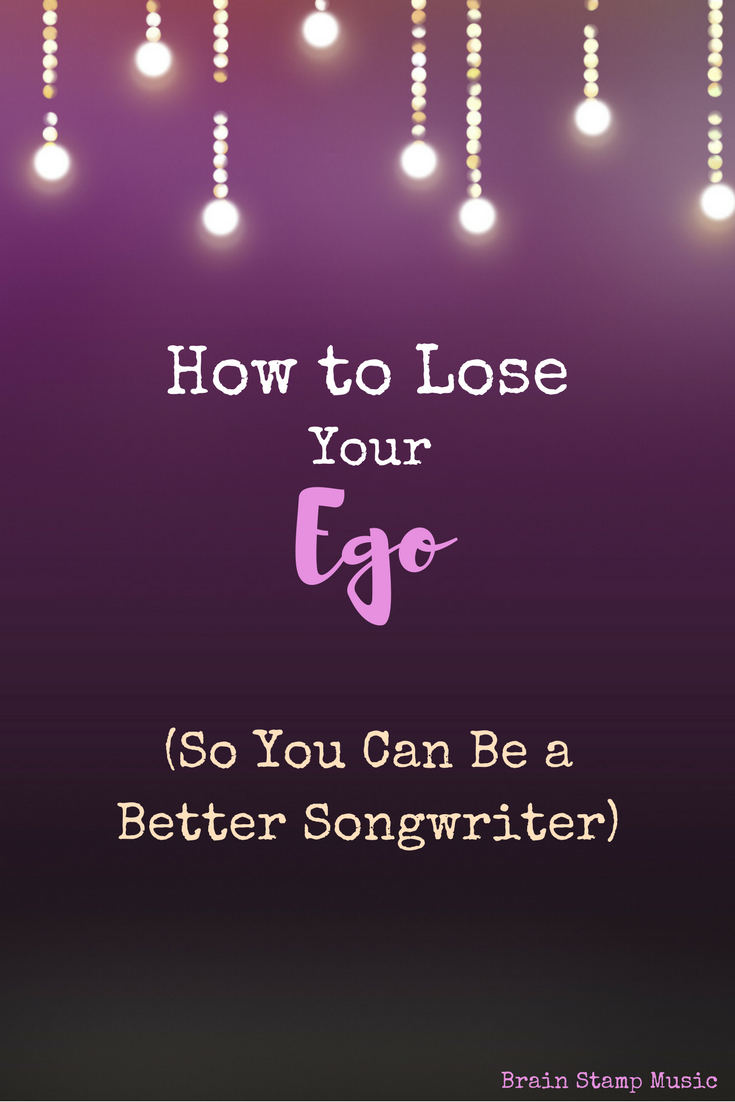 You need to lose your ego.

That might seem impossible, and it kind of is. You can’t ever completely remove your ego. The dictionary definition of Ego is “a person’s sense of self-esteem or self-importance.” You don’t really want to get rid of it completely, just control it so that it doesn’t hinder you. (And yes, some people do claim that you can experience an ego death by taking high amounts of psychedelic drugs, but for the purpose of this blog we’ll leave that option out.)

Why do I need to lose my ego?

Your ego keeps you from progressing or growing as an artist. You may think you’re already amazing and don’t need any feedback or advice. The story at the beginning of this post might make you think those people are arrogant, but I actually feel like the opposite may be the case. The ego can also make you incredibly insecure. This leads people to become defensive and dig their heels in when faced with opposition. The idea that someone else could recognize your weaknesses is terrifying. Losing your ego will help you in the following ways:

So now that we’ve discussed WHY you should lose your ego, let’s talk about HOW to lose it: 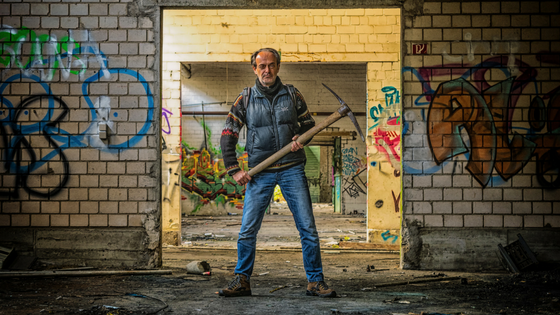 Either be like this guy, or don’t be afraid of this guy.

Or rather, “feel the fear and do it anyway,” (Susan Jeffers wrote a great book if you need help with this). Pitching your songs is scary. Asking for reviews and critiques is scary. If you’re a performing songwriter, playing live is scary. Do it anyway. Do it without letting yourself back down. You are absolutely going to get shot down many times (even the pros deal with this) and the more you do it, the easier it will be. Your ego will try to stop you from being vulnerable. Don’t listen. Be fearlessly vulnerable. 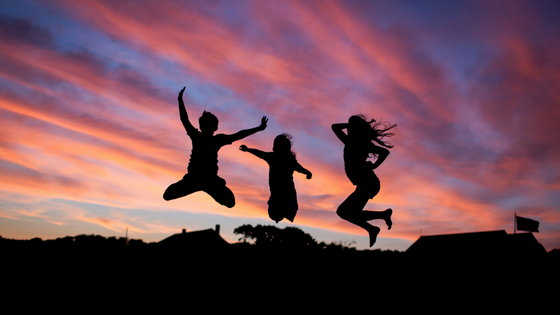 Every songwriter’s circle, meet up and message board is filled with people complaining about the music industry. They hate pop music, they hate current country music, they hate streaming, they hate hipster venues. Guess what? All of those things are here to stay, at least for a while. These groups tend to separate into the people who are curious and excited about new trends, and the people who will inevitably complain about every new thing. You don’t want to be in the latter group. The people in the former group will know who you are and won’t want to work with you.

This also applies to giving feedback on other songwriters’ work. If you don’t like the song, how can you say it in a positive way? Is there anything you DID like that you could emphasize? Remember, no one likes mean feedback or negativity. Also remember, we all started at some point, and some of us are further along on our songwriting journey than others. You might genuinely think they’re terrible, but find a way to stay positive. If you have trouble with this, try giving the harsher news up-front and end on a positive note. 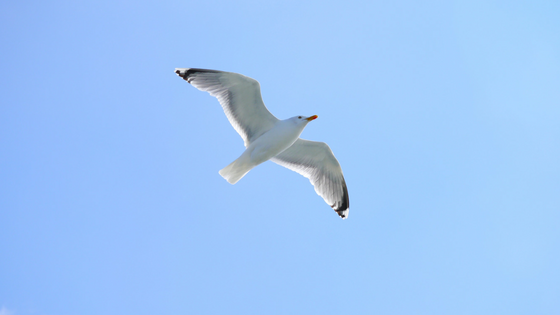 Let go of almost everything. First and foremost, let go of perfectionism. There is no such thing as a “perfect” song, since songs are subjective anyway. Your work will never be perfect, but it can be pretty close.

Let go of past hurts and failures. If you learned something from them, they weren’t complete failures. I’ve seen people go to one pitch and never come back again because their song wasn’t accepted. The truth is, MOST of us don’t have our songs accepted in a pitch, especially our first pitch. Take the feedback you received, apply it to your next song, and come back.

Let go of what other people might think of you. You will most likely encounter criticism and might even have some “haters.” That’s fine. Polarity means popularity. Some people won’t like you or your music, and that’s okay. Others will love it. You’ve got to let go of the fear that people won’t like your work because it’s keeping you back from letting others love it. 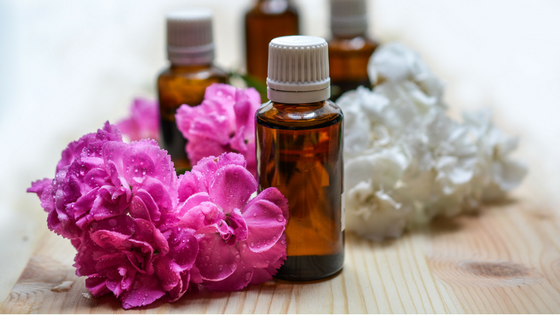 Many people say that meditating is a great way to lose the ego. You can find guided meditations on YouTube (or if you’re not a fan, I wrote a post about how to meditate for musicians here). However you show yourself love, do it often. When you make yourself a priority, your ego will have less to hold onto because you’re no longer frazzled or stressed.

So Mella, your ego must be totally gone, since you’re writing this.

Not at all. This is a daily practice for me, and honestly some days I don’t even bother. However, applying these tips has helped me tremendously when I work with other writers or attend pitches. I’m writing about it for myself as well. However far you’ve come on your songwriting journey, I hope this will help you go even further.

What do you think? Is this something you can do (or at least try)? What’s the worst case of ego you’ve experienced, either in yourself or someone else? Let me know!

Finding The Beat – A Simple Guide for Beginning Songwriters

7 Things to Think About Before You Hire a Session Singer

What You Should and Shouldn’t Copy from Other Singers