Gemini Musicians With the Same Birthday (So They Should Collaborate) 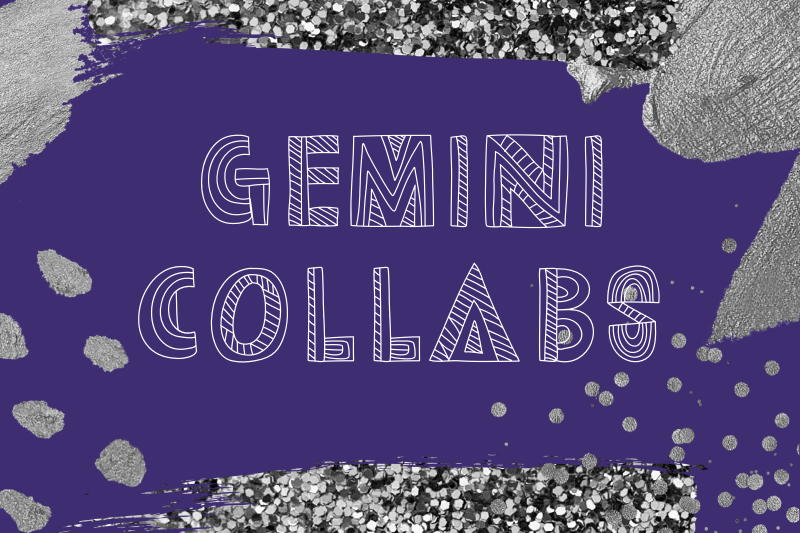 Gemini musicians are a common theme on this blog. I listed every Gemini musician ever here, and I talked about how Geminis can use their signs to help their music careers here. Are zodiac signs real? I have no idea and I don’t really care. I just like reading about it and I thought it would be interesting to see who has the same birthdays and what a collab would sound like!

Gemini Musicians with the Same Birthday

This could be really cool. Austin Brown of Home Free shares his May 22nd birthday with Johnny Gill. Gill is an incredible soul/R&B singer and producer:

Home Free is a country acapella group that won The Sing Off in 2013. Since then, they’ve gone on to great success and have put their country spin on a variety of other genres.

Although they are wildly different genres, I think this would sound great. They’re all incredible vocalists with a lot of soul, and I think that’s enough to make this work! People born this day are honest and respectable, which are great traits for a collab!

Okay but why wouldn’t this work?? Born May 24th, Bob Dylan is a legendary singer/songwriter with a ton of hits:

Patti LaBelle is a legendary R&B singer and honestly, I think their voices would go great together:

They’re both icons, so a duet would be newsworthy either way. While they have different genres, I think either could bend into the others’ style and it would work great! People born today are social and attentive, which would make working together a breeze.

Whaaaaaaaaaaaat shut up this would be amazing. Born May 26th, Lenny Kravitz is a rock icon, known for his fashion style as well as his music:

Stevie Nicks is one of my favorite people of all time. I saw her live with Fleetwood Mac (you can read about that here if you want) and it was one of the best shows I’ve ever seen, hands down. Similar to Kravitz, she is also known for her fashion in addition to her music. If you want a whole background on Nicks, I wrote a bio piece on her on my other blog here.

They’re both cool as hell, they both rock pretty hard and they both have great voices. Let’s make this happen! Geminis born this day are perceptive and practical, which may or may not impact a creative collaboration. Either way, I hope we find out.

Lauryn Hill and Jahiem were also born May 26th, in addition to Lenny Kravitz and Stevie Nicks. A great day for musicians to be born! Note to moms: push harder on this day (I guess, Idk how it works). Lauryn Hill had an iconic album that changed the face of pop/R&B when it came out in 1998:

She hasn’t done a lot since then, but she could come back at any time and I’m sure music would welcome her with open arms and ears. Jahiem Hoagland is a fantastic R&B singer/songwriter as well:

People born this day are said to be responsible and expressive. I think Jaheim is just the right person to bring Lauryn Hill back!

This is so weird and cool and I just need you to know about it. La Toya and Rebbie are sisters, but they are not twins. Rebbie was born May 29th, 1950. La Toya is exactly 6 years younger, born May 29th, 1956. Rebbie is actually the oldest of the Jackson family and has done her own solo work:

La Toya has done her own work as well, although I mostly know her from The Celebrity Apprentice (I know, I regret watching it, trust me).

Not surprisingly, the sisters have in fact collaborated before. Here they are with their youngest sister, Janet (whom we all know and love):

I still don’t think this should could as a full duet, because it’s a cover and it’s live. I’d love to hear something new from both of them (with Janet too, why not). People born this day are confident and charming. But also, they’re sisters, so it’s not like they don’t know how to work with each other. Any musician that has sibling musicians has probably tried to do music with them, with varying levels of success. Maybe they all hate each other and that’s why this is the only time they’ve worked together? I don’t know, I’m not an investigative reporter. I just talk about people’s birthdays and zodiac signs.

This would be interesting, no? Born May 30th, Idina Menzel is a Broadway singer and actor. She is also known as Adele Dazeem, a name given to her by John Travolta. I feel like once John Travolta changes your name, it becomes legally binding. Anyway here’s Adele:

Remy Ma is a rapper who was originally discovered by Big Pun, and has since gone on to have a successful solo career:

Really, I think almost any rapper and singer could collab and it could work. It just really depends on the songwriting and the production. If they can make a blend of Broadway/Hip Hop, maybe something like Hamilton? I think that would be cool. People born this day are reliable and upbeat, which are great for working together!

I mean, why not, right?? Born June 1st, Alanis Morissette was a huge rock icon for young millennials and Gen X fans in the 90s:

She has a super unique voice. Brandi Carlile has a more “standard” sound, but she’s got a huge fanbase and she can belt with the best of them:

People born this day are said to be thoughtful and practical. I think their voices would definitely sound interesting together!

Leela James is an incredible Soul/R&B singer, but she leans into rock and she’s covered a Rolling Stones song before. This is her most recent song:

People born this day are said to be independent and pragmatic. Neither of these necessarily mean a collaboration would work, but Leela James is so talented and amazing and The Rolling Stones should be happy to have her.

Yes, it’s weird. Yes, it should still happen. Kenny G shares his June 5th birthday with Pete Wentz of Fall Out Boy. Kenny G is a well-known saxophone player. Even if you don’t know his name, I guarantee you’ve heard his music before:

Fall Out Boy is a pop rock band from America. There are controversies over whether they are really “rock,” but I don’t care. Call them pop if you want, good music is good music.

Not surprisingly, these two haven’t collabed yet. I get that Kenny G is probably a billionaire from his 90s success and doesn’t need to ever work again, but let’s say he wanted to get back out there. Why not work with a band from a different genre to spice things up? I bet Fall Out Boy would sound cool with a sax, I don’t know. People born this day are enthusiastic and flexible, which should mean they would get along well at least.

Ross MacDonald shares his June 6th birthday with Steve Vai (honorable mention, Adam Hann of The 1975 is also a Gemini, born June 20th). The 1975 are a British pop rock band:

Steve Vai is a legendary guitar player, songwriter and producer:

The genres may be different, but they’re similar enough that I think they could blend. Plus, Steve Vai is a pro. I’m sure he could sit in at any session, regardless of genre, and knock it out. People born today are intellectual and rebellious, which might make a collab tense in some situations. However, I think they could (and should!) push through and give us an awesome duet.

Imagine Dragons is a rock group from Las Vegas, USA. This is another band that gets people angry over their “rock” description, but again, whatever. It sounds good and I like it, so call it whatever you want:

I definitely think this could work. I remain convinced that any rapper can jump into a song and it could work (potentially, or it could be horrible). Imagine Dragons is pop enough that this collab could easily happen. People born this day are harmonious and understanding, which is even better for a working relationship!

This would be so good omg someone make this happen please. Born June 17th, Kendrick Lamar is a rapper who is so good that he won a Pulitzer Prize for his work:

Krayzie Bone started in the group Bone Thugs N’ Harmony, then branched out into his solo career. I love his solo work in addition to his Bone Thugs work. I couldn’t find a YouTube channel for Krayzie Bone, but this whole album (called Gemini, interestingly) is worth checking out:

People born this day are outgoing and intelligent. This would serve them both well, but also they’re both in the same genre and are both really incredible artists. I hope this happens!

Admit it, you’re curious about how this would sound. Nathan Morris of Boyz II Men shares his June 18th birthday with Blake Shelton. Boyz II Men is an R&B/pop group that was huge in the 90s, but is still well-known today:

Blake Shelton is a judge on The Voice (I think, I can’t keep all the shows separate anymore). He is also a country singer:

People born this day are energetic and edgy, which sounds exhausting to be honest. Can you imagine collaborating with someone who was both bouncing off the walls and also insisted on “being edgy”? Anyway, I think Boyz II Men could bring Blake into their vocal circle and they could make a country/soul thing.

Kirshnik Ball (aka Takeoff) shares his June 18th birthday with Paul McCartney (same as the two above). It may seem weird, but McCartney did an awesome song with Kanye West so I think this could work. Paul McCartney, as well all know, started in The Beatles and has gone on to his own solo success. Here is his song with Kanye and Rihanna:

Migos is a rap group from America. I don’t know a ton about them but everything I’ve heard has been good and they have a lot of hits:

People born on this day are said to be fun and realistic. McCartney has proven he can work in any genre, so this should work out well!

I mean, why not, right? They have the same birthday (June 19th) so they might as well. Macklemore is a rapper who exploded with his hit “Thrift Shop” and has had several other hits. I saw him live with Kesha (you can read about that here) and it was a great show!

Paula Abdul is a pop/dance icon who was also a judge on American Idol.

Again, I think this could work simply because any rapper + any singer = a pretty decent chance of success. People born this day are diverse and gifted, which shouldn’t impact a collaborative environment that much but they are good qualities to have!

Let me know what you think of these collabs between Gemini musicians! Which ones would you love or hate?

The Sagittarius Musician: How Your Zodiac Sign Impacts Your Music