Greek Music: A Brief History of the Music of Greece 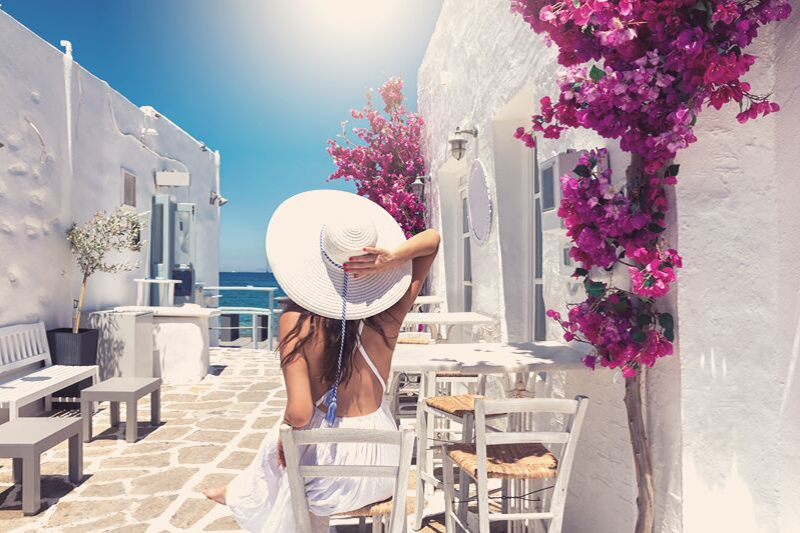 Ready for some Greek music? We’re now getting into the smaller parts of my DNA (here is my original post on this journey). Greece and the Balkans make up about 2.9% of my heritage. That’s not a lot (not enough to have a big fat Greek wedding, sadly) but I’m exploring each of them because I enjoy doing this and hopefully you learn a little as well. Let’s get into Greece!

Obviously I’m not going to be able to cover all of Greece’s musical history, so please let me know if I missed your favorite Greek artist:

If you prefer to watch instead of read, here is my video on this post:

Music for the people of Greece was seen as literally a gift from the gods. Music was a part of Greek theater, which dated back to 700 BC. Early acoustics developed using mathematics to ensure that everyone in the audience could hear the play well.

Different instruments were made specifically to please certain deities. The lyre was dedicated to Hermes, the flute to Athena, and so on. Mythological muses were goddesses of music, dance and poetry. If you’re into that sort of thing, this website is a great resource.

There are a ton of ancient Greek instruments. The Aulos is a kind of flute-clarinet combo, with either one or two separate pieces that go in the mouth. Here is a video:

According to Greek mythology, Athena invented this but threw it away because it “caused her cheeks to puff out and ruined her beauty.” Keep that in mind, band kids! Puffy-cheeked girls are lonely girls. Marsyas then picked up the Aulos and claimed to have invented it, because apparently having puffy cheeks is fine if you’re a guy. Then Marsyas challenged Apollo to a music contest where the winner could do whatever he wanted to the loser. Marsyas was “hoping this would be sexual in nature” (?! I kid you not, this is real). However, Apollo and his lyre (or Cithara) won the contest so he strung Marsyas from a tree and skinned him alive. I guess that could still be sexual, depending on what you’re into.

A Cithara was a special Lyre that was primarily used by professionals, whereas the lyre was for regular people, I guess. Kind of like how a pro session singer might use a Blue Bottle mic and their Soundcloud rapper cousin would use the Blue Snowball (which I totally used to use before I went pro). Times don’t really change, do they? Aristotle claimed that the Cithara was for “pleasure only” and not to be used for educational purposes. Does pleasure include flaying someone alive after beating them in a contest? Aristotle didn’t say so I guess we’ll never know.

Aside from the fact that her name rhymes, Marika Papagika is notable as one of the first Greek female singers to be recorded. Here is one recording:

She emigrated to America with her husband/accompanist in 1915 and they opened a nightclub called Marika’s. This was the first American café-aman, a gathering place with Greek food and music (which sounds amazing, tbh). It was also a speakeasy which makes it sound even more amazing. After the stock market crashed, her café closed and her music career ended in 1930. She and her husband lived in Staten Island until her death in 1943.

Ever heard of the term Kleptomaniac? The work Klepht in Greek means “thief,” which led to that term. Klephts were “war-like mountain folk” who lived far away from society. I feel like I could get into that. They primarily left to avoid Ottoman rule, but also to avoid debts and taxes. They had their own style of music, which you can hear here:

Maybe the songs were used to drive tax collectors away? I can’t imagine any amount of money would be worth sitting through that. Sorry Greek ancestors, your sex gods are way more interesting than your kleptomania music.

Rebetiko was originally performed for and by the outcasts of society, such as drug users, criminals and refugees. Those are pretty much requirements for success in today’s music industry, but back then this style of music separated rich from poor. This slowly changed over time, then disappeared, then had a re-birth in the 70’s, and then I guess it disappeared again. If I’m wrong and it still exists, please let me know! Here’s an example of Rebetiko performed by popular singer Roza Eskenazi:

This is a wild story. Eleni Papadaki was a famous Greek stage actress. She started playing piano and became a stage actor at the age of 22. Toward the end of her career, the Greek Civil War was starting (around 1942). Germans started to occupy the area, because Germans loved to do that back then.

A rival actress (rumored to be Oscar winner Katina Paxinou) accused her of collaborating with German occupiers. Another rumor that she was having an affair with the collaborationist Prime Minister furthered public hatred for her, and she was murdered in Athens in 1944. Say what you want about the Taylor Swift vs. Katy Perry drama, but I doubt their rivalry would ever extend to murder-inducing rumors.

We can’t talk about the one without the other I guess. Katina was far more well known and successful, but hated Eleni for upstaging her. She trained as an opera singer and her family disowned her after she decided to make a career out of performing. This is particularly odd because her mother was a professional stage actress as well. Anyway, she was kind of a shady bitch and certainly a diva and possibly got someone murdered.

Music and politics often go hand-in-hand (so everyone who yells at artists to “shut up and stick to music” can shove it), but during the Greek military Junta in the 60’s and 70’s, political music was highly popular. Mikis Theodorakis was a composer of over 1,000 songs, many of which were political in nature. During the Junta, he was imprisoned and his songs were banned. His song “The Ballad of Mauthausen” is considered the most beautiful work ever written about the Holocaust:

If you go directly to that video on YouTube, it will show you the lyrics in both English and Greek. Theodorakis is considered Greece’s best known living composer (aged 94 as of writing this) and he was awarded the Lenin Peace Prize in 1983 due to his work against the Junta.

So…here’s the thing. I spent a ton of time focusing on the history, and honestly there aren’t really any A-list artists Americans would recognize from Greece. Nikos Mertzanos, who is considered the “Greek Justin Bieber,” only has 5,000 YouTube subscribers so…I don’t know what the criteria is to be famous in Greece nowadays. One artist I found that I really like is Myrto Vasileiou, but it’s very hard to find a lot of info on her online. Here is her recent video:

I think the fact that it’s a totally different alphabet makes it hard to search for current artists. I do like that song though and I wish her a lot of success!

That wraps up Greek music and my next post will be on the Balkan Islands, so check back in for that! Let me know your favorite Greek artist if you have one!

The Libra Musician: How Your Zodiac Sign Affects Your Music

What to Do if No One Comes to Your Concert