How Crystal Therapy Helped Me Become a Better Singer 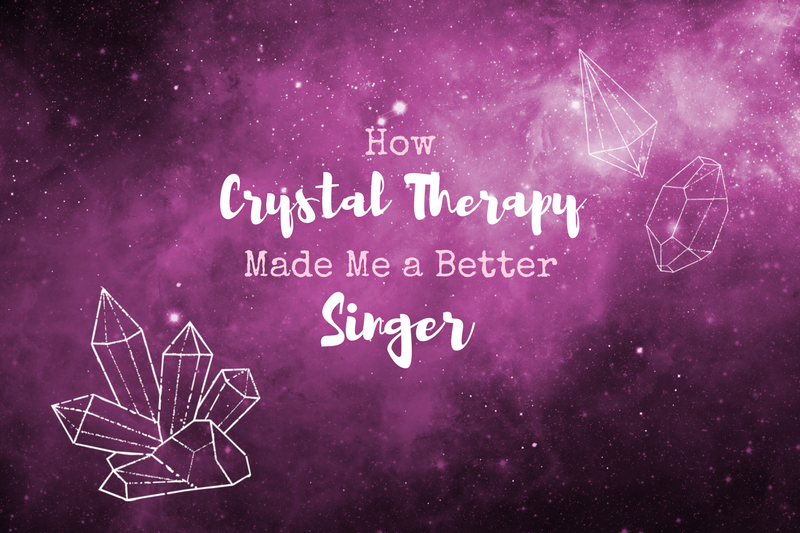 This is a final update to my crystals project! I was going to update each entry, but I thought this would be a nice, concise way to wrap things up.

If you’re new to this series, I started by interviewing a crystals expert on how crystal therapy might help me as a singer. I then spent a month working with four different crystals each week: Turquoise, Blue Topaz, Citrine and Tiger’s Eye. For a final test, I worked with each of them one last time to solidify my feelings for them. These are the results! 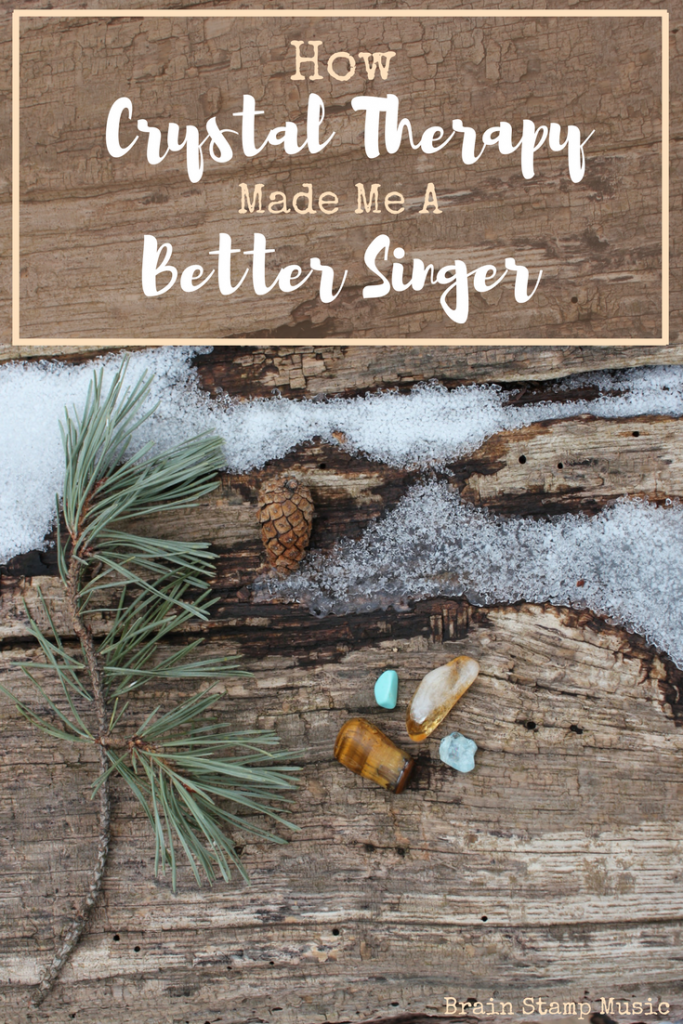 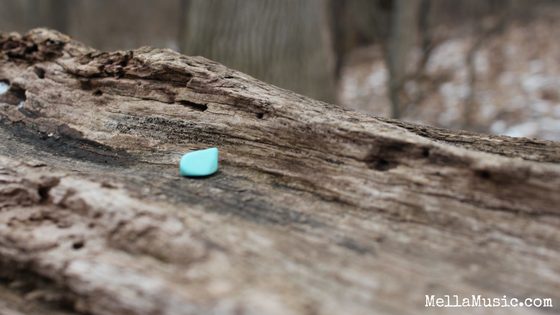 On Turquoise day, I did more meditating, yoga, and just wearing this stone in general. I was inspired to make a Turquoise-themed mood board: 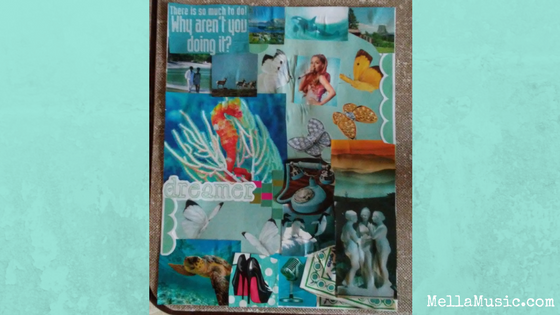 As you can see, there are a lot of water themes here. There’s also a turquoise phone (which is awesome because turquoise is supposed to promote communication, although I haven’t found that to be the case for me). And of course, my queen, Ariana Grande.

This stone continually makes me feel weird and/or uneasy. I feel like it’s not a bad thing, though? It sort of guides me toward issues I’m having that need to change. Every time I’ve interacted with it, I’ve had a tough time and highlighted something I wasn’t happy about.

When I was a kid, I used to draw all the time. I loved doing it. I drew on my homework, my clothes, my skin, whatever I had available. For some reason, I stopped completely. When I wore the Turquoise again the following week after my experiment, I was upset. I couldn’t figure out the issue until multiple times I encountered some art projects I started but didn’t finish. I went to the store and found a book about drawing. Although I didn’t buy it, I was upset when I left and couldn’t figure out why. I think I’ve really been missing that part of who I used to be. I’d never do it as a career or anything, but it made me happy and I miss it.

Again, is this all because of the Turquoise? I really have no idea but I do know that these types of revelations occur when I’m working with it. 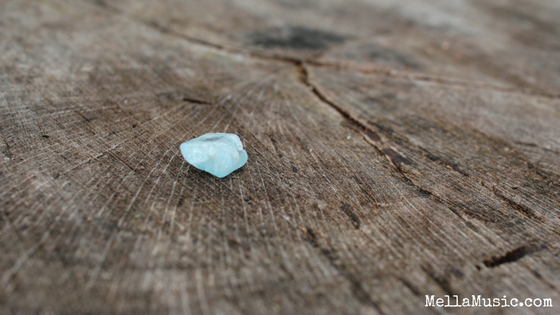 All week when I was wearing this stone, I felt very glamorous. I am not normally someone who cares about wearing full makeup anywhere unless it’s a really special occasion. That whole week, I did full makeup and took time into different hairstyles. I felt that again very strongly when I worked with this one again. 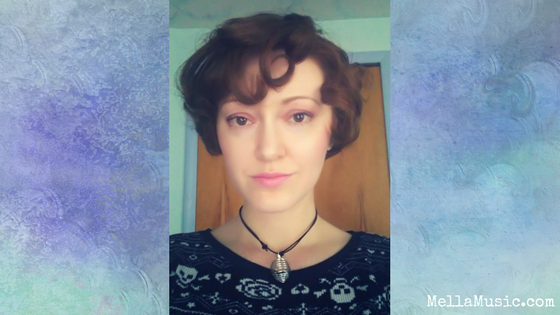 Putting a few curls in my hair = glamorous, apparently

There’s just some kind of connection to this one and feeling opulent or fancy. I also made this blue vision board: 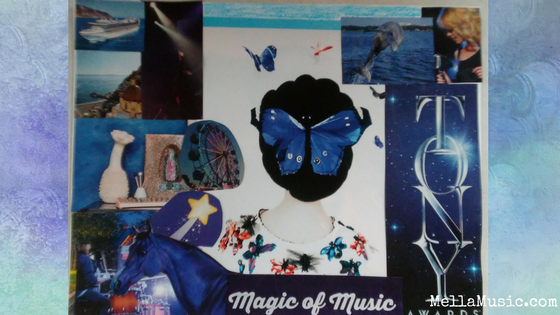 I had an okay day when I worked with this one, but overall I felt relaxed and on point in terms of my outward appearance. I think there is a connection with self-care, beauty and self-esteem, at least for me. I’m still far too lazy to make it a daily routine, but now I know what to work with when I need to get glam for something. 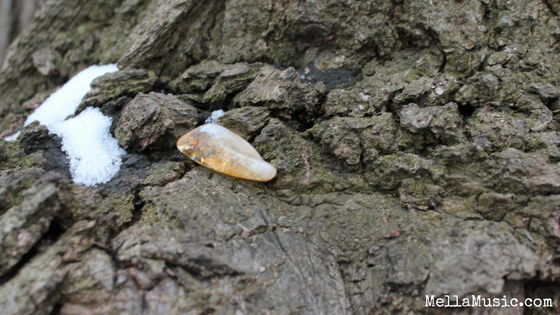 I tried this one twice, purposefully, to run a test. Day 1, I put it on and didn’t think about it at all. My day was fine, but nothing special or mindful related to the stone. So, I can definitively say that, for me, crystals can be good tools for other things, but are not in and of themselves magical healers.

The second day started off terribly.My mood just wasn’t great to start out. My car slid on a patch of black ice. I tried to help two dogs who jumped out of their owner’s car. I was not successful. He got one back, the other took off and we were unable to find her. He was in tears and I assured him that I would keep looking, but she could be literally anywhere. This and several other things put me in an even worse mood. Normally, on a day like today, I would have several drinks until I shut my brain off. Instead, I went home and tried to meditate. I made a Citrine mood board: 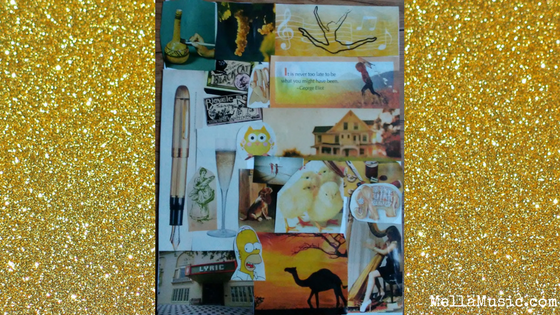 I was proud of myself for not trying to shut off the negativity, and working through it instead. Maybe that’s the point of bad days. Maybe you’re not supposed to ignore them, you’re supposed to feel them. It’s uncomfortable and it sucks, but maybe there is a benefit to just being present in however you feel and analyzing it. 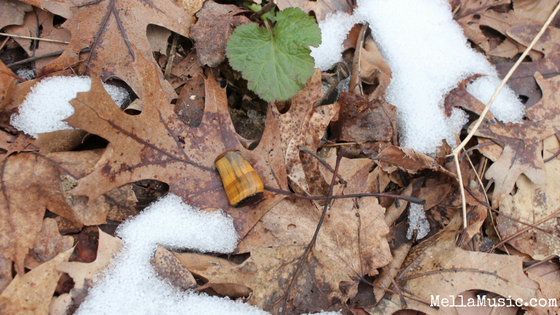 This one is by far my favorite. I wore it and had a confident, relaxed day even though I was stressed and working. I made this color board for it: 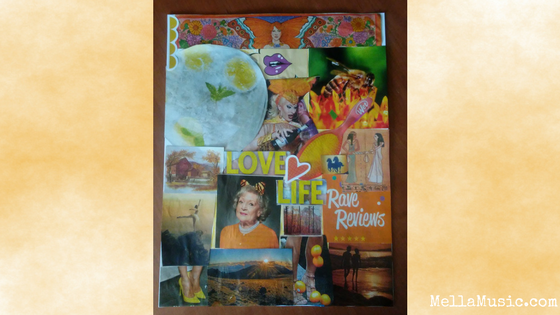 Can we just focus on Betty White wearing Tiger’s Ears?? How cute and perfect is that?!

I enjoyed Tiger’s Eye so much, I decided to wear it the day of my concert: 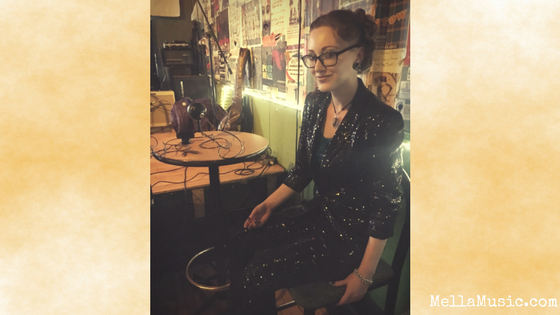 Too nervous to smile like a normal person. Also, look how sparkly I am.

I talked a LOT about my upcoming show throughout my crystals project, so I want to give you a quick update on how that whole thing went:

Vocally, it went great. Honestly I couldn’t have asked for a better vocal situation. I spent the whole day before and the day of doing serious vocal preparation. I went on complete vocal rest. The morning of the show, I woke up and did some cupping to open my face and chest. Then I took a hot shower, meditated, did a ton of yoga, and slowly prepared for the show.

The one disappointment factor was that since we were the opener, the crowd was pretty light. We invited a bunch of people but most of them no-showed, which kinda sucks. I get that life happens so I didn’t say anything to them, but it would have been cool to get more support. The people that were there said they enjoyed it though, which is awesome.

Our merch was on point. It looked professional and although we sold some of it, we didn’t sell enough to make money back on it. That’s okay though. There will be other shows, and I might put them up for sale on my website here sometime.

My goal was not to have a huge crowd or sell a ton of stuff, though. My goal was to sing well and without any pain or hoarseness, and I did that. I’m proud of the work we put into it to make it great. If you’d like to see it yourself, here is a video of the show:

We go on at like 5 minutes in and the show is just under 30 minutes.

My stage presence isn’t great. Again, I’m a session singer and not a live performer, so my only goal was to sound good and use correct technique. I did that, and I’m happy.

I understand what people mean now when they say that crystals are “energy amplifiers.” I think it means that when you have an intention and you use a crystal to harness that energy and direct it toward your goal, you can definitely see results.

Did crystals make me a better singer? I believe they did. Had I not done the work and put in the time and effort to working with them, I would not have found where I was lacking and how I could improve.

Would I recommend them to singers? Sure, but you have to be prepared to put in the work. Everything that I did (wearing the crystals all day, meditating, journaling, yoga), all of it helped me tremendously. I don’t believe you can just own a crystal and expect to see amazing benefits without doing any of the work yourself. That’s like having a treadmill in your house, never using it and wondering why you’re not fit (no judgment because I totally did that until I realized I was never going to use it and sold it).

Am I a crystals person now? Yes, kind of. I know myself and I know I have a tendency to go way overboard with things I’m interested in, and I don’t want that to happen here. Crystals are relatively inexpensive, but I could see myself going down a dark hole and having a house full of them. When I do use a crystal, I want it to be with intention and purpose.

Here is my final video on crystals!

So, now that I’m done with this project, have you changed your mind on crystals? Are you into them? Let me know, I’d love to hear your thoughts!

Your Crown Chakra and Music

6 Things I Learned After Releasing My First E-Book