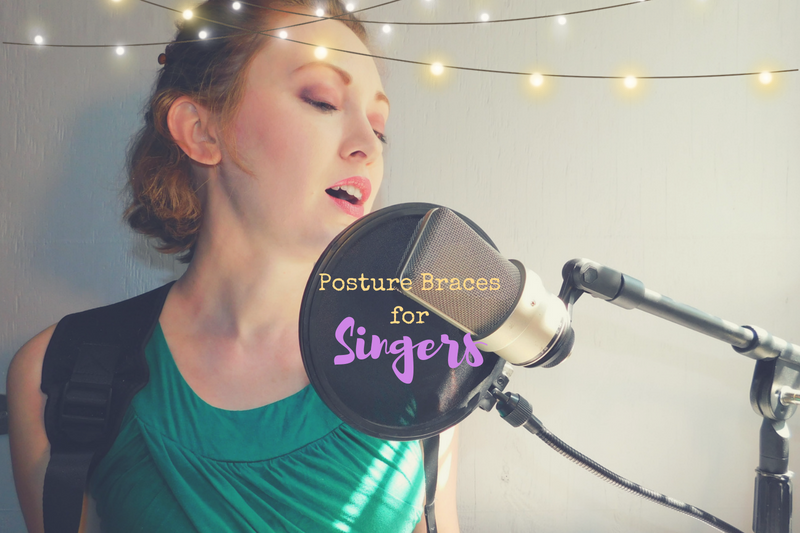 I’ll openly admit it: I don’t have great posture. I used to model when I was a kid/teenager, so I think I still carry some of that stance with me, but overall I sit like one of the first people on the human evolution chart: 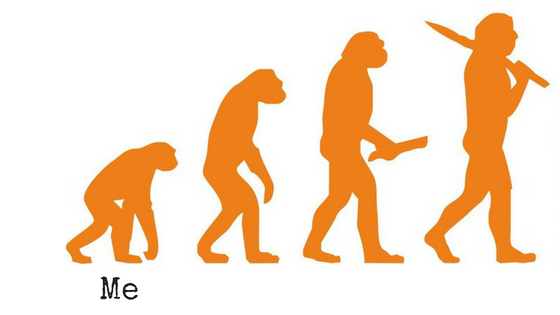 In my defense, I feel that desks are not designed for modern use. Our computers have changed so much in recent years, and yet our desks are still the same design from 1918. And don’t give me the standing desk speech, because I refuse to stand while working. I won’t do it. I know it’s better for me and I’ll live longer and blah blah blah, I just want to sit while I work (plus my dogs have to be near me at all times and they would be furious if I stand).

Still, I felt like my posture could use some correction. It’s no secret that your posture affects your singing. Your ability to breathe properly, sustain long notes and project loud notes are all made easier (or harder) by your posture. But correcting your posture isn’t easy. Or at least it isn’t for me. I’ve tried for years to remind myself to sit or stand up straight, and I quickly fall back into old habits. I decided to order a posture brace that would allow me to train myself over time. Could this help me sing? I decided to find out. 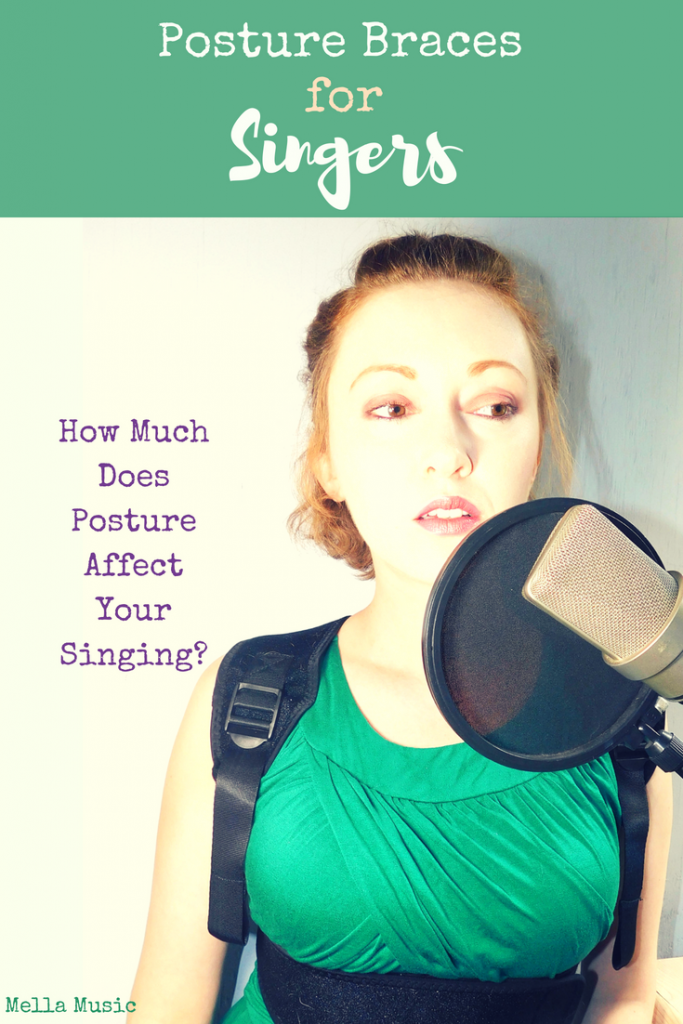 Using a Posture Corrector for Singers

If you’ve read my blog before, you know how much I love different experiments to see if they help my singing. With the previous tests, I truly didn’t know what the end result would be. With this one, I felt it would be a pretty open-and-shut case. Yes, having better posture would improve my voice; there’s no doubt. However, I wanted to see how much the posture brace would help, and to what extent my voice would improve.

I ordered this brace off of Amazon (not an affiliate link, just want to show you what specific one I got). There are many styles available, but I felt this one was of good quality, sturdy and offered additional support around the waist. 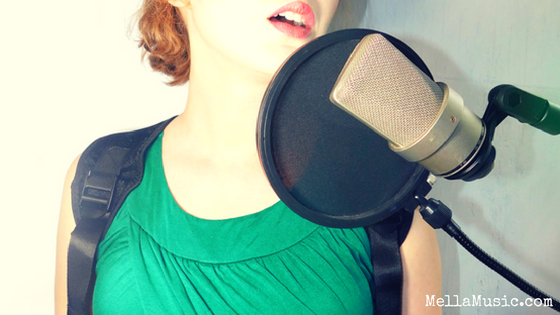 The posture brace came with very few instructions. I looked online for information on how long I should wear it, but little information exists besides these. I decided to just put it on and wear it all day.

About four hours in, I was miserable. I was sore and angry and very frustrated. After I ripped it off, I didn’t wear it again the next day. I realize that I overdid it; I tend to do that. When I get excited about something I go way too hard on it. So the next day I wore it for 20 minutes. This felt okay. For the rest of the week, I wore it about 20 minutes per day.

My biggest complaint about this specific brace is that it’s very wide in the armpit area. I felt like I had to hold my arms up to keep it from rubbing my armpits raw. I was also hoping to break a really bad habit I have. When I’m concentrating on work (usually listening to music or mixing a song) I tend to put my left elbow on my desk and lean on my hand. Over time, this has led to a constant low-grade pain in my shoulder blade. I was hoping the brace would correct this, but I found that I kept doing it anyway, even with the brace on.

Here is a video about my first week: 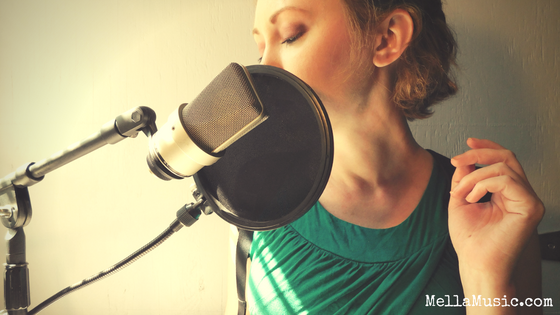 Wearing the brace was much easier this week. I kept it around 20 minutes but gradually increased to about 30. My biggest hurdle is just putting it on. I just don’t like doing extra things in the morning. Since it’s more involved than throwing on a dress, I often would not do it until much later in the day. Even when I set it out by my bed, I would often look at it in the morning and think, “eh, I’ll wear it later.” I had to really force myself to do it. I think if my first day wearing it hadn’t been so bad, I wouldn’t have such a hesitancy to wear it now.

Overall, there wasn’t much of a change between week one and two. I started to feel slightly more comfortable with it, but the armpit straps remain too large and I didn’t get used to them.

Here is my week 2 video: 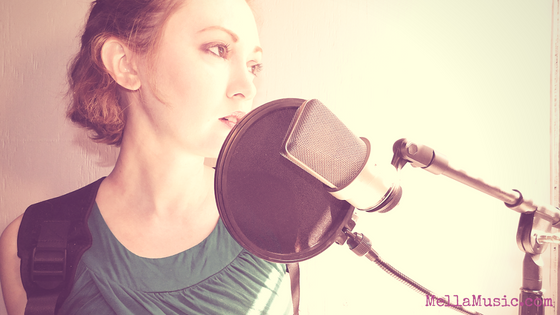 I went to Nashville this week, and although the drive down would have been a perfect time to wear the brace, I packed it in my suitcase and wasn’t about to dig it out. I always pack my most important things first, which means they are always at the very bottom and I can’t get to them.

So I went two days without wearing the brace, but I don’t know if that made a huge difference overall. I did feel that it was becoming more natural to wear it and less of a burden.

An important discovery this week: with my now-slightly-better posture, I am able to hit higher notes! I typically can hit a high E with relative ease (I’m an alto so I say ‘relative’ in earnest), but I had two songs that needed a high F#. I was nervous about my ability to hit those, but I had absolutely no problem hitting it!

Now I’m sure you’re thinking, “yeah duh if you stand up straight you’ll hit higher notes, anyone knows that” but here’s the thing – I don’t think I could have just stood up straight one time and hit them. I think the slow and methodical correction of my posture is what led me to have better breath support and a better delivery of high notes. It’s not just a ‘remember to stand up tall this time’ thing, it’s a ‘have better posture naturally and the notes will come naturally’ thing. I don’t know, I just think this was a significant point of interest because that’s a substantial increase in my range with minimal effort. If, ya know, you consider weeks of wearing an uncomfortable spine brace ‘minimal effort.’

This week I also started to notice that I’m slowly breaking my bad habit with my left arm. I’m remembering not to do it and forcing myself to keep my shoulders back. I don’t know that this will completely heal my shoulder (it probably won’t and I should see a doctor, tbh) but just the fact that I’m training myself to stop is a step in the right direction.

Here is my week 3 video: 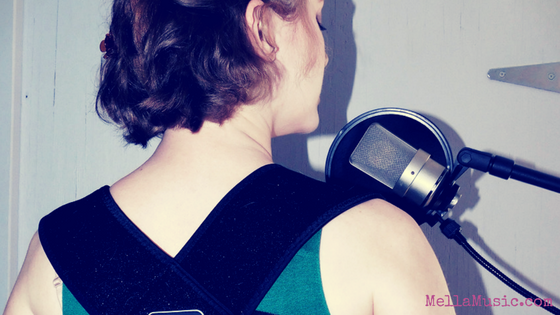 Okay, so, this week sucked. This was supposed to be my final week of the trial, but I came down with a very strange illness. I was back in Michigan and the entire right side of my face was sore, puffy and numb. Swallowing was a painful chore and I could barely open my jaw. I went to an urgent care facility and the doctor could not figure out what was wrong with me. He said I had a fever of 99.9F, but he couldn’t tell where the infection was located. He gave me an antibiotic and a steroid shot and sent me on my way.

I came home and made my week four video, explaining why I would not be finishing the project:

After making this, I remembered that I had been bitten by a tick several days ago. I came home from a hike and it was buried in my right hip area. Luckily I was able to tweeze it out and everything seemed fine, but I wondered if there was a connection between being bitten on the right side and having only the right side of my face affected?

I called the doctor and he put me on a different antibiotic which would kill any tick-related illnesses. This antibiotic also made me incredibly sick. I was so nauseous I could not stop throwing up (which is a common side effect of the drug). I was also incredibly lethargic and could not bring myself to wear the brace most of the week. So, week four sucked, haha. 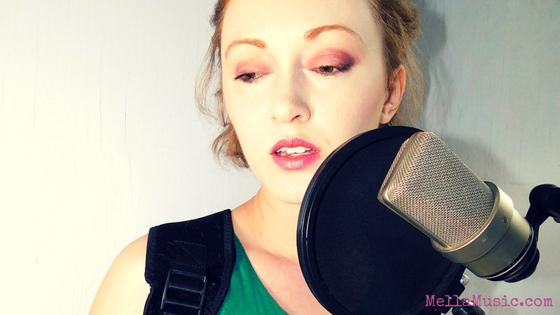 This week started out pretty rough also, because I was on an extended dosage of the tick medicine. I take it twice a day, which means twice a day I feel like I might pass out and usually throw up. Because of that, I didn’t do a ton of singing.

I will say, though, this week is when everything seemed to improve the most. I didn’t feel uncomfortable wearing the brace. It was almost enjoyable. When I wasn’t wearing it, I felt a natural instinct to straighten up.

I also noticed a mind-body connection with posture. Standing tall exudes confidence, and I am not a confident person. I’m always trying to make myself shrink, to remain unnoticed and unassuming. I definitely didn’t correct the mental blocks I have with posture, but I’ve noticed that in general, I stand up straighter in public. At least I look like I have more confidence, even if that’s the farthest thing from the truth (next experiment: Can Therapy Make Me a Better Singer?)

Here is my final video to close out the project:

So, can a posture brace make you a better singer?

My answer: Yes, if you use it regularly and commit to wearing it and improving your posture.

You’ll notice that most of my experiments conclude with a “Yes, if…” statement, and I feel like that’s true of life in general. Yes, most things will work for you, if you work with them, commit to them and engage them regularly. You can make anything work for you if you put in the time and effort.

This project was pretty obvious from the beginning, but I was curious to see just how much it would improve. I hope you can hear the difference. I feel that my voice sounds much stronger and more open. Yes, it could just be the day or the conditions, but I did my best to make sure this was a regular day each time.

What do you think? Have you worn a posture brace? Would you wear one? Let me know in the comments!

10 Ideas to Write a Song About Someone You Love