Unlikely Sources of Inspiration for Songwriters 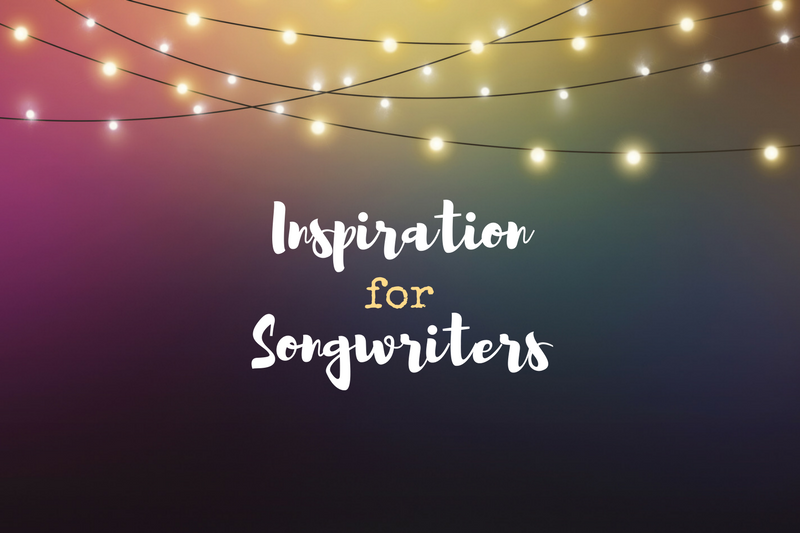 There are a million places for inspiration if you’re a songwriter. I have an active Pinterest and I try to save every type of listicle or blog on writing prompts and inspiration. However, after a while they all kind of blend together, no? Even I’m guilty of looking at an obvious place to get inspiration.

So, what do you do when you’ve exhausted all of the prompts and ideas and you’re still tapped out? Let’s see what we can create! 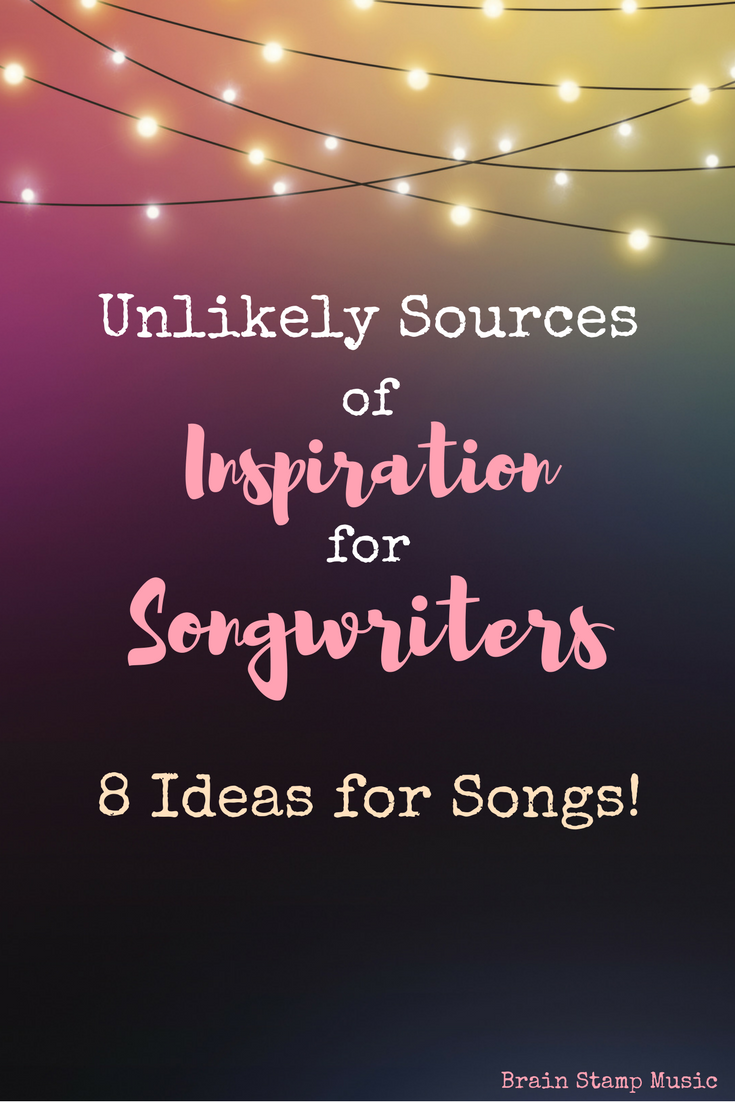 First, I need you to make sure that it’s really inspiration that you lack, and not motivation. They are two different things! If you’ve got ideas but you just don’t feel like doing anything with them, you’ve got a lack of motivation. You’ll want to work on ending procrastination and getting on the ball. If you’re plenty motivated and willing to work but the ideas just won’t come, here are some unlikely places to check: 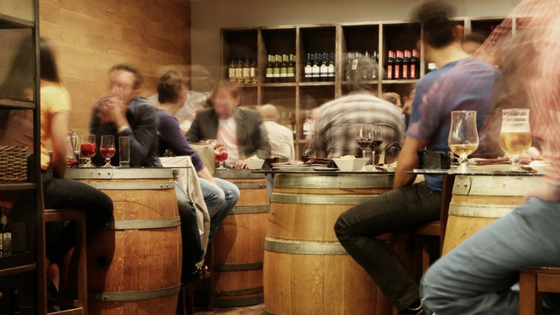 Go to any restaurant and look around. Focus on a table that catches your eye. Write a song about the people at that table. What is their story? Now, obviously, you don’t want to go up to them and inform them that you’re writing a song about them and ask them to share their story (#creepy), so you’ll need to use your imagination here. What do you think is happening? Are they celebrating an anniversary? Are they breaking up? Negotiating an important business deal? Study their body language and behavior and tell their story in a song! 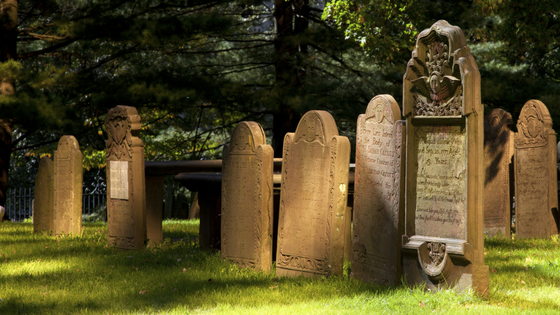 I know, it’s dark. But think of all the stories you can gather from someone else’s life. Obits are short little Cliff Notes of someone’s life. Find a person that speaks to you and write about them. Again, don’t tell their family you’re doing this, because…#creepy. 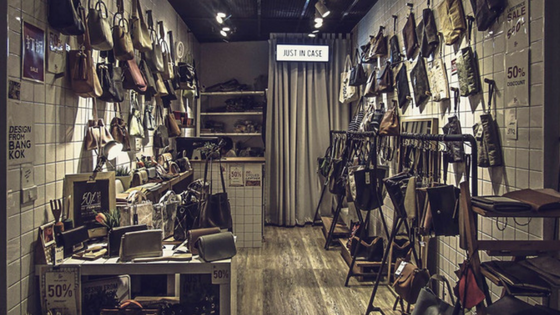 There’s a reason Macklemore wrote about thrift stores: they’re awesome. Go to any thrift store and find an object that sticks out to you. Buy it and take it home with you, and then write a song about it. You’ll have a cool new item and a new song to talk about the item! Plus you can take photos of it for Instagram, make a video of it for YouTube…the marketing possibilities are endless! 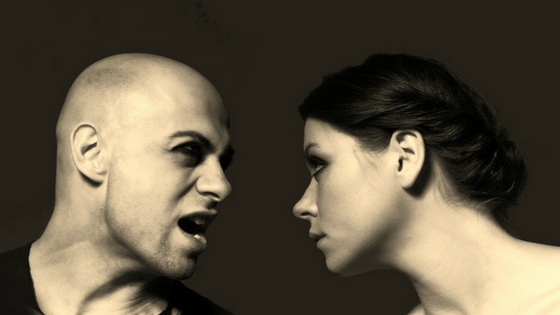 Gross, why would you want to write about THEM? Well, for two reasons: 1. You’ll have a unique angle on a story, from a perspective you wouldn’t have considered, and 2. You’ll force yourself to see their side of things and might even hate them a little less. You can also show them the song you wrote about them, as long as it’s not about murdering them or something (again, don’t be #creepy) 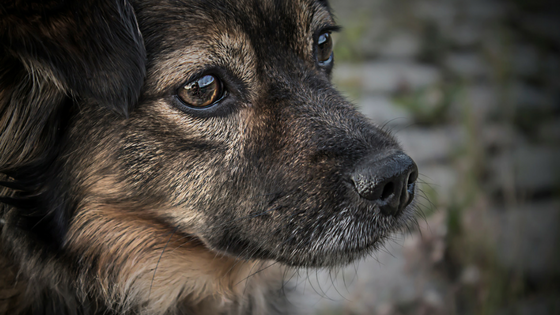 I am a total animal lover and I fully, vehemently and annoyingly support adoption. As a foster for dogs, rabbits and also injured wildlife, I cannot tell you how often an animal has inspired a song, or at least a few lines here and there. If you don’t have a pet, go to your local shelter and walk a dog or play with a cat. Write about it. As a bonus, you can show the shelter your song and they might like it enough to promote it or use it for something! Also, #adoptdontshop 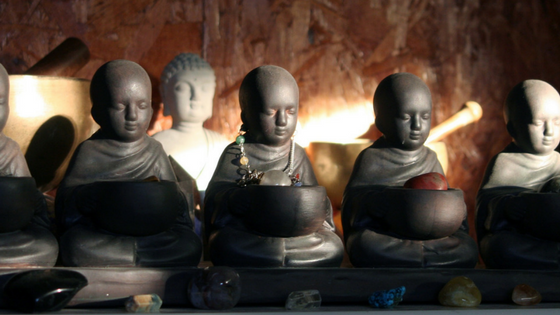 I love this method because it allows you to literally clear your mind before thinking of something. You can use guided meditations on YouTube or check out my post on Meditation for Musicians. Whatever comes to your mind, jot it down. Use it for inspiration later and see if you can turn it into some lyrics! 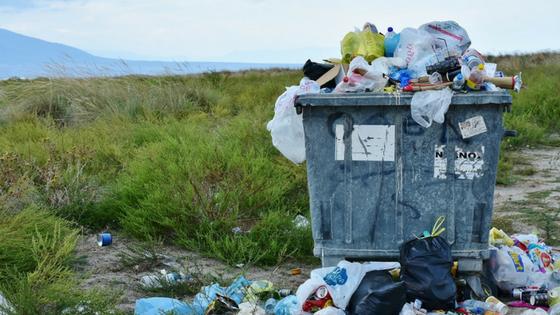 This is kinda similar to the thrift store idea (no offense to thrift stores, but some of the stuff they sell is garbage). Unlike the thrift store, however, I don’t recommend sifting through the garbage and taking things home with you, because #creepy and also #unsanitary. Take a walk on garbage day and see what your neighbors have thrown out. Does anything catch your eye? A worn-out child’s toy or a stack of broken dishes? How could those images become songs?

Finally, my most important tip for you is this:

8). Create a Go-To Place for Inspiration 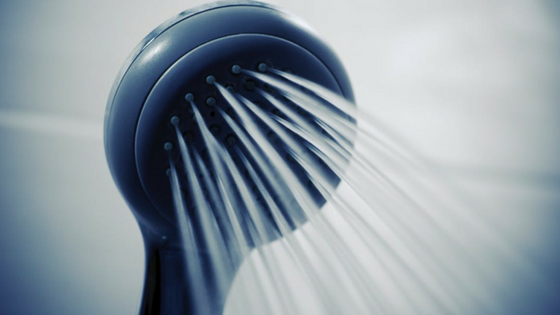 Whenever I get stuck on a lyric, I take a shower. I sing the song while I’m showering and, like magic, the words appear. My brain is now trained to recognize the shower as the reset button. I didn’t mean to train myself to do this, but I highly recommend setting something like this up for yourself. Maybe there’s a place you can go or an action you can take to hit the reset button. It clearly doesn’t have to be anything fancy, but it needs to be something specific you can do to make your brain finish your lyrics.

A Simple Guide to Bass and Treble Clef for Beginners

How to Turn Your Poetry into Music Lyrics

Getting the Best Guitar Sounds from Your Producer and Session Player

Preparing For a Live Performance: My Personal Steps