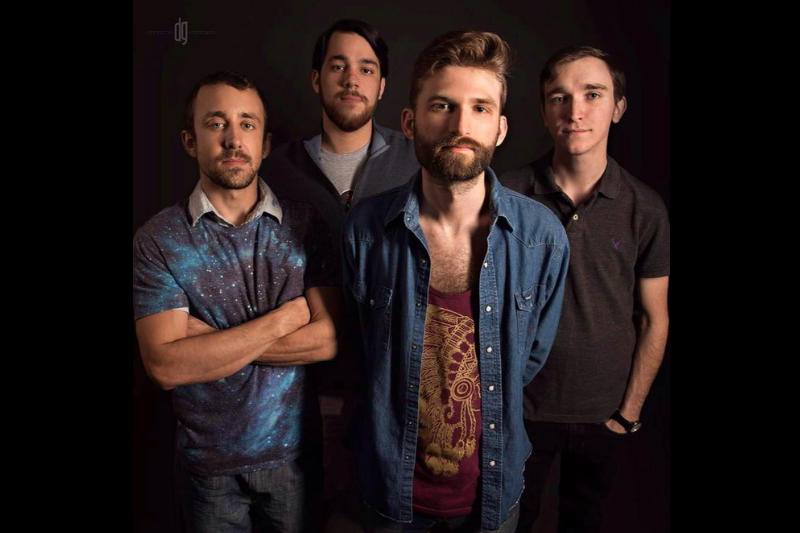 I’ve been interested in learning more about fellow artists lately, so I hope you’ll enjoy these interviews! This week I’m speaking with Jordan Esker about his band, Jordan Esker & The Hundred Percent. This Florida-based band gets a ton of press coverage and made an amazing music video for pennies, so I thought they’d be a great and interesting resource!

I’m skipping past all of the boring “tell me about yourself” questions, because I feel like you guys have had great press coverage already. If you had to describe your music in a few sentences for people who don’t know you, what would you say?

I say emo/gospel just to freak people out. But really those are two genres that I’m always trying to pull my songs towards. I see a lot of correlation between the two–the over-hyped passion, the screaming, the crying, the ridiculous drumming. So I’ll always call it that, but then I follow up with “really, it’s indie/soul/soft rock.”

Tell me something funny or interesting that people might not know about your band!

Each member of our band has a secret handshake between one another. So what is that, 12 different handshakes? And they’re not like simple one-two things, they’re kind of elaborate.

That’s amazing! I really loved your music video for “Platitudes.” Can you tell me more about that? How long did it take to film?

Thanks! It was spur of the moment. We were staying with someone in Raleigh, NC after a show. They happened to have a ball pit in their dining room; they’d had it for years! They just wanted one for fun, and really dining rooms are a waste anyway. We were playing around in it after a show and I kind of just thought wow, it’d be great to shoot a music video in this. Our bass player, Emmit, is a greater cinematographer and photographer, so he staged all of the shots and angles. The people we were staying with happened to have a decent camera too! We woke up in the morning around 10 am, ate breakfast, and shot it all in about 2 hours. He basically finished editing it in the van on the way to the next show in Savannah. We definitely spent $0 on this, unless you count the gas on tour haha.

Where did you get all of the blocks you used?

It’s funny because they originally wanted a ball pit but realized that was way too expensive, so they did more research. They got all of those at discount for like a few cents each I think.

CL Tampa really loves you! Can you tell me a little bit about that publication?

They are literally one of the best things about the Tampa/St. Pete music and arts scene. Ray Roa, the music editor, is so committed to covering every nook and cranny of the area. They do a daily roundup of all of the shows happening in our area, so I go straight to that as my master list for whatever shows I want to see on a given night. I really appreciate all that they’ve done for getting our name out there.

I know that press coverage is something a lot of musicians really want to achieve. How did you first get in with CL Tampa and how do you maintain that relationship?

Actually we played a show at what was the best little venue in Tampa, called New World Brewery (new location under construction now). The booker said this guy Ray wanted to meet me, and we’ve talked ever since.

You seem to check off all of the boxes in terms of musical coverage: you play live a lot, you get a lot of press, and you’re active on social media. What do you consider to be the biggest element to your musical success?

Participating. Becoming a part of things. I felt uninvolved for a while even though I was releasing stuff and playing shows, but once I started going to shows more often I started to get to know people and felt welcome at shows. So I am fine, and sometimes prefer, going to them alone. I’m also never really satisfied or feel like resting on my loins, per se. I’ve done that before and realized that when I don’t plan ahead, because I think I’m doing fine or I’m relishing in a minor success, then I become stagnant. So I started setting deadlines and really beating myself up about them. That has been the biggest change for me in the last year, is writing down my goals and just bulleted out when each piece of that goal needs to be done. And look at that document once a day. I noticed literally every self-help/success story/what-have-you all said “write down your goals,” so I figured there was some truth to that.

I could say so much about this, but I’ll end on saying you have to trust yourself. You have to know that when you sit down to make music, get ready to go on stage, practice with your band, do something new and uncomfortable like write a press release or design a flyer, you have to learn over a period of time that you know what sounds or looks good. You know that because you’ve seen people, even if it was just yourself, react to something you did, even if it was just once.

What have you learned from your last album release that you will carry with you to the next one? Any major Do’s or Don’ts for next time?

I’m glad we put a whole album out! I am, and I don’t care what the industry says. However, this year we are doing multiple EPs in different genres as a means of expressing our different styles. And if a single gets traction, then that person can invest and go back and listen to an album. If people really just listened to the single and moved on that’s fine, but I write for music lovers like myself and I like getting attached to albums.

This time I’m investing most of the money in branding and PR and video. I really want to nail my visual message because I’ve felt belabored and uninspired about it in the past. So I’m leaning in and finding things I enjoy about it. Like literally seeing someone’s style and just copying it. “I like that all black getup, but I want to wear that with a white coat,” that type of stealing. It’s funny, I’ve realized that for a musician, learning art/branding/getting a look, you have to start all over like you did with music. You try to be so original, but it’s impossible. All you can do is steal something and then make a small tweak; and then it’s you!

What are your goals for this year, and what plans do you have in place to achieve them?

Pretty much: Release three EPs, each with lead singles and videos for those singles, establish the brand, sell out a 100 cap venue, get on an official spotify playlist, cowrite with at least 10 other artists, start this thing my studio and I are doing called Tampa Supergroup (we put artists together and have them write and record a song together), do 10 minute mornings every morning (writing), read a book every two months, produce 3 other artists.

What is your biggest advice for small bands looking to get off the ground?

I am definitely still a small band I feel, but there are smaller I suppose. My advice is to learn every aspect of making music and lean into the parts you don’t want to do anything with. Don’t feel like you’re a designer? So what! What do you like looking at? Copy that shit; you’re going to fail at copying it anyway and…then it’s original! Angry you have to write a press-release? Stop being entitled! People aren’t just going to find your shit.

Also please go to local shows. As much as you can. It’s hypocritical more than anything to play a local show, after never having gone to any, and be mad when just a few people show up.

I love that. I totally agree. Lastly, who are your favorite and least favorite artists?

Favorite: James Blake, Unknown Mortal Orchestra, Damien Rice, Sara Bareilles, The Beatles, Dawes is getting up there too.

Least: anything in the nu-metal genre right now. It just wreaks of toxic masculinity and white-boy shit, something that really pisses me off (oxymoron?).

Thanks so much Jordan for all of the great tips and insight! If you enjoyed this interview, please help me thank him!

Connect with Jordan on social media!

4 Things My Favorite Music Teachers Have Taught Me