An Interview with David and Jake from Surfacer 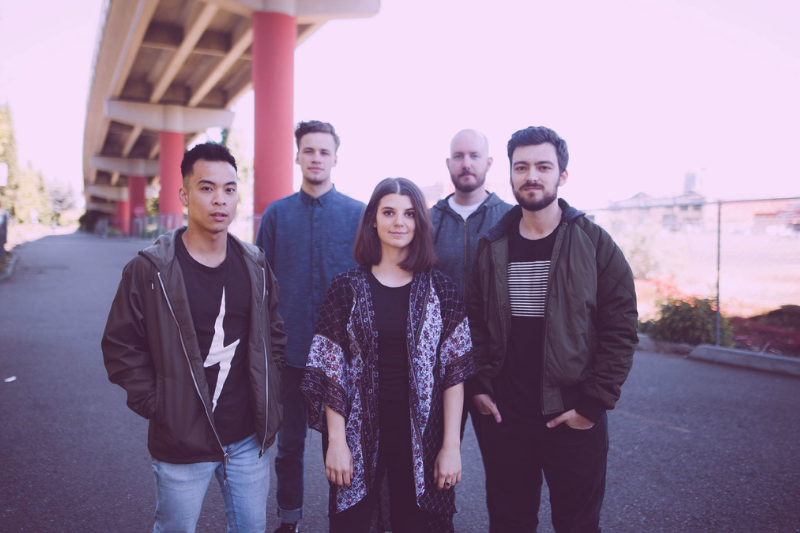 Surfacer is a great indie band with a mix of edgy soul and emotive lyrics. They’re also funny and personable, and I think you’ll love them!

Okay let’s get the boring stuff out of the way first, haha. Tell me about Surfacer and you guys started as a band!

Jake: It originally started as a passion project in which I only planned on writing and recording an album of demos that I had been refining for years, but over time as we started playing together we started to realize that we wanted to do a bit more with the band. We actually got started under the name Surfacer in early 2017, but didn’t really get settled in until DJ joined later that year. I think after we got working with him, we (Sam, Drew, and I) kind of realized he was the missing piece that makes our sound work. Writing together also came pretty easily and we finished track after track that I had been sitting on for what seemed like forever in just a few months.

Let’s talk about your single “Playing Hearts” – who wrote it and what was the recording process like?

Jake: Like a lot of our songs, “Playing Hearts” started as an instrumental track that I wrote and demoed out at my home studio. It finally came to life when I was driving one day and just started singing the chorus melody with some jumbled words, and I knew after it kept floating around in my head that there was something to it. After working out the chorus, I took it to DJ and our friend Carissa Quasny (whose vocals are also featured on the track) and we finished the rest of the song. “Playing Hearts” was a fun one because it has all these different sections and hooks that we kind of weaved together. It was when we finally wrote that “On and On…” hook that we got really excited about the song and knew it would be one of our singles.

Recording it was a bit of a whirlwind as we did the whole track in one day along with the title track of the EP, “American Dream,” and later for the EP version we got some friends together for the gang vocals. Although we had demos for everything with just the two of us (DJ and Jake), we hadn’t really done any recording together as a band, we were sonically trying to create something almost from scratch with “Playing Hearts.” I think with the rest of the EP and later sessions we had really got our footing and kind of had a blueprint of where to go from there.

You mentioned that you’re really big on co-writing. Do you prefer to co-write rather than work solo? Why/why not?

Jake: It depends. On the American Dream EP, DJ and I often collaborated on lyrics, but we also brought in a few friends to get a couple of the tracks to where they are today. “Nineteen” is the only track off our EP that only one of us had written, as I mostly took that one from start to finish from a writing standpoint. I love being able to write on my own as it gives a lot of freedom to follow my vision wherever it goes, but there really is something about refining each other’s ideas and those incredible “aha” moments where you’re not sure how you’re going to finish a song, and the other person comes up with something that really takes the song to the next level.

DJ: I think each style of writing has its advantages. I prefer co-writing because it gives you feedback in real time. There’s a caveat though because you have to build trust with whoever you’re writing with. Lucky for me and Jake we were a good match from the start.

Who is your dream co-writer?

Jake: I would love to write with Matty Healy and George Daniel from The 1975. Those dudes are genius and can really do everything. Obviously I adore their more well-known stuff, but their instrumental arrangements and older glitchy-electronic stuff are really something else. My close second choice is Hayley Williams (Paramore), and I’m sure you can hear why in our tracks!

DJ: Jimmy Robbins! He was big in myspace back in the day but he’s transitioned to writing for pop and country artists. He always brings such a unique sound to the songs he writes and I can almost always tell when one has his fingerprints. Another one is Sia (goes without saying).

Tell me about the worst song you’ve ever written (we all have one, haha).

Jake: Oh gosh. Aside from just messing around with friends trying to write something ridiculous, I would say that the worst song I’ve written was this one about someone I was into at the time. Basically it was a mess of a song that tried to convince them that they would be better off with me. A real Taylor Swift “You Belong with Me” kind of deal. I think the line “we’ll rewrite history” was in there somewhere. The fact that there was only one guitar in there and only programmed drums and keyboards sure didn’t help either.

DJ: I think I tried writing a version of “Ring Around The Rosy” with different lyrics as a writing warmup and tried to make it even darker than it already was. Super depressing and just not great. And Jake, that line isn’t too bad we might be able to work with that!

You said that you’re “a little bit country” – who are your country influences and how does that impact your band now?

Jake: DJ definitely draws a bit more from the country side of things, so I’ll let him take this one. Currently I’m really vibing with the new Kacey Musgraves record. She’s great! Also gotta love the 90’s queens, Shania and Faith Hill.

DJ: As Jake said, Kacey is a queen. As are Shania, Faith and T-Swift. Jimmy Robbins as I’d mentioned earlier is a big influence. A couple others are Mitchell Tenpenny, Morgan Evans, Kane Brown & Kelsea Ballerini. You can definitely hear their influence on me in our upcoming single, “Burn”. We could’ve gone super country with it but decided to take a different route.

How does your band decide on the general ‘shape’ to take with the style of your music? I would never have guessed that you were into country based on “Playing Hearts!”

Jake: We definitely take influence from a number of genres. Most of the time, a Surfacer track isn’t considered finished until it has a mid-2000’s alternative/pop-punk kind of feel to it, even though when it comes down to it, we often lean toward making guitar-centric pop tracks.

Tell me a funny or embarrassing story about your band!

Jake: We still have a hunch he was messing with us, but it wasn’t until after we released “Playing Hearts” that our drummer Drew realized that the lyric in the pre-chorus was “I called your mother” instead of “I killed your mother.” It would have been a very different song that way! Definitely on-brand for Drew, though. Dude is hilarious.

DJ: We could probably go on and on with Drew moments honestly! But the story of me joining Surfacer was pretty crazy in how the timing worked out. I had just gotten back from the Air Force and was determined to start a band. I decided to go on craiglist and see if I could find anyone who’d like to join. Lo and behold I see an ad seeking a lead singer for a pop/punk band. Met up with Jake that week and the rest is history!

That’s actually how I met my co-writer also, haha. Craigslist can be awesome! What’s the biggest struggle you’ve had as artists, and how have you overcome it?

Jake: We’ve had to go through some tough growing pains with losing a few members, but we are very happy with how Surfacer looks now. DJ has been what has really made the sound happen, but it took a while for us find the right vocalist that would bring their own style to the band but still fit the vision I had when I first started writing the songs. I think the early lineup changes have only made us more determined and set on what we want to do with our music.

DJ: Being organized and setting schedules for bands has been a struggle. As the lead singer in most, if not all, of the projects I’ve been in that responsibility has fell on me. But in Surfacer I can just focus on making the music. That’s where Jake helps out. He keeps us on track and we complement each other in that way.

What are your goals as artists? Where do you see yourself and/or your band in five years?

Jake: We are really looking forward to getting to record our debut full-length record. It’s been a dream of mine for I don’t even know how long, and we have the songs demoed out. It’s really just a matter of time! I would love to get a track on 94/7 Portland. That would be a real milestone for us.

DJ: Getting onto some spotify curated playlists would be dope! Would also love to have our music placed in commercials, TV shows and movies as well. In 5 years, I would love to see us touring internationally to fans around the world!

Tell me about your song “Burn” – what inspired it and what was the process like in recording it?

DJ: Writing “Burn” was a journey. It took over 3 years and 5 writers to get it to where it is now. It’s inspiration came from one of the lowest places in my life. I was unemployed, heartbroken and my car had just been impounded. I had a writing session that day with my friend Ron Shaffer where I brought in the pre-chorus/chorus of Burn and we ran with it. Jake came in a bit later and we finished the song.

Recording was a somewhat difficult process. During the demo phase we almost scratched the song entirely from the EP as the groove wasn’t clicking. Once we fixed that though we were golden. We’re very proud of how it turned out and we hope you love it as much as we do! Thanks for having us, Mella!

Thanks so much to Jake and DJ for being here! Please follow their social media pages here: