Italian Music: A Brief History of the Music of Italy 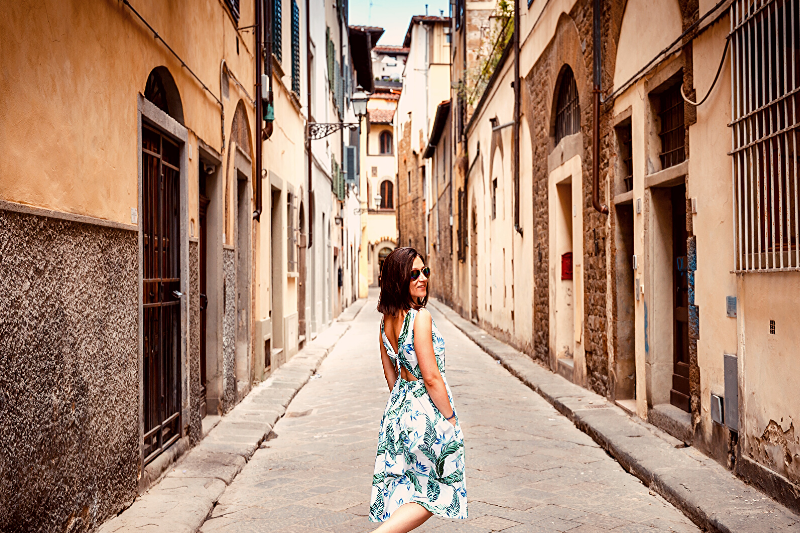 We’re nearing the end of my project, but if you’re new here, here’s a quick recap: I tested my DNA to see what countries make up my ethnicity, and now I’m researching those countries’ music.

23 and Me keeps changing the percentage of my ethnicity, so it’s been interesting keeping track of it. My results now are slightly different than my originals, but my Italian percentage is small (3.6%). But I’m also “Broadly Southern European” (1.9%) which could also be Italian, I guess? I’m excited to brag about this at every Italian restaurant I ever visit now!

I promise, I do a ton of research on these countries. However, there’s no possible way I can cover every single artist. I may have left out your favorite. If so, please let me know!

If you prefer to watch rather than read, here is my video on this post:

Obviously, we have to cover this vital part of Italy’s contribution to music. Even non-Italian composers (Mozart, Handel, etc) wrote operas in Italian.

Giulio Caccini was one of the founders of Opera, and also kind of shady. If you’ve read any of my other music history posts, you can see that the shady stories are the ones I focus on (maybe I should have been a tabloid writer?).

Caccini was incredibly jealous and often backstabbed people for personal gain. He told the Grand Duke of Tuscany that his wife was having an affair, leading to the Grand Duke murdering her. There are also shady details around his opera being performed at the wedding of Henry IV of France. Something about double-crossing a fellow composer and telling his singers not to work with him (sort of like Katy Perry stealing Taylor Swift’s dancers?) Anyway, Caccini’s opera was performed at the wedding. Here is part of it from the year 1602:

Obviously, we have to talk about Vivaldi. I was obsessed with his Four Seasons as a kid, since I’ve always been a ‘nature child.’ Spring is probably his most well-known:

Vivaldi was in poor health most of his life and his popularity had faded when he died. After the Baroque period, he was pretty much unknown until the 20th century, when music scholars reignited interest in his work.

I could write many posts on opera alone, but let’s move on to other Italian music.

I have several clients who hire me for Tarantellas, so it’s interesting to see where they actually come from. A Tarantella is a folk dance with a relatively upbeat tempo.

Supposedly, the dance was originally created to cure spider bites. Whoever was bitten by the spider would dance solo for up to hours or even days to rid themselves of the venom. I….can’t imagine that worked, so I’m confused as to how many times this happened before someone realized it wasn’t effective.

Here is a sample of the Tarantella. Hopefully these two ladies weren’t bitten by a spider:

I am also very glad that my work only requires me to sing the songs and not dance them, because I am not a dancer at all.

I wonder if this is pronounced like “bologna”? This is essentially an Italian bagpipe.

The bags were originally made of whole parts of goat or sheep, with one of the legs kept as a blow pipe. You can actually see the whole body in that video. Ew. Thankfully, they are now mostly made of synthetic materials.

We have to talk about him, because he’s a pretty big deal, and also because there aren’t a ton of Italian artists that are popular in the USA, so we have to use what we’ve got.

Pavarotti actually developed a vocal nodule before his singing career took off. He was working as a teacher and insurance salesman on the side. Eventually he got better singing lessons and became famous in the United States when he received a record 17 curtain calls for his performance in La fille du régiment. Here’s his best known performance:

Pavarotti died of Pancreatic cancer in 2006. He was survived by his wife (and former personal assistant that I guess he cheated on his first wife with?) and four daughters. Three were with his first wife, one with his second. Details are shady on that but meh, he’s dead so it is what it is.

Also known as “the Queen of Screamers,” Mina has a 3-octave voice and consistently gives the middle finger to societal norms.

Her “bad girl” image included shaved eyebrows (a la Jeffree Star), public smoking, sex appeal, and getting knocked up by a married doctor. That last one isn’t nearly as cool as the others, but whatever.

Mina is one of Italy’s best-selling singers.

This is Italy’s most popular song contest, started in 1951. One song is performed by 2 different artists, a native Italian artist and a foreign one. This is strictly a songwriter/composer competition and not a singer competition. The winner goes onto compete as the Italian entry to the Eurovision competition. It has also launched the careers of several major Italian artists, including Andrea Bocelli and Laura Pausini. Here is more info on it if you’re curious.

That wraps up Italian music, and actually wraps up my entire music history research project! Unless 23andMe adds another country, I’ve completed the journey of my musical DNA.

If you’d like to see any of the other countries I’ve done, here they are:

A Journey of My Musical Heritage: Is Music Talent in DNA?

A Brief History of Ukrainian Music

A Brief History of French Music

How to Get the Best Performance from Your Session Singers