Leo Musicians with the Same Birthday (so They Should Collaborate) 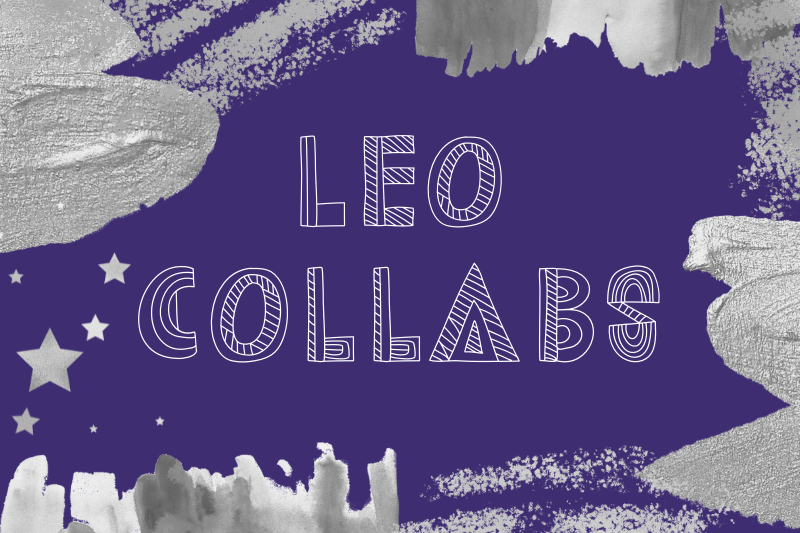 Leo musicians are outgoing and confident. Known as “the lion,” you’ll see a lot of powerful people in this birthday post. Happy birthday to all Leos! We’re going to pick out musicians with the same birthday and imagine a collaboration with the two. Sometimes we get lucky and someone has already made a mashup. I’m excited to see who we’ve got!

If you want more about Leos, I have every Leo musician listed here, and I have what it means to be a Leo musician here.

Leo Musicians with the Same Birthday

Let me know if you’re a Leo, and also let me know your ideal Leo collab:

Alison Krauss shares her July 23rd birthday with Slash from Guns N’ Roses. I think this would be really cool. Krauss is a country/bluegrass singer with an incredible, angelic voice. She made a whole album with Robert Plant of Led Zeppelin and it won a ton of awards. She’s proven that she’s flexible and can work with any genre.

Saul Hudson, better known as Slash, is the lead guitarist for Guns N’ Roses. He’s well-known for his fashion style and incredible guitar skills, considered one of the greatest in history. He is a great poster person for the Leo sign!

I don’t think they’ve ever worked together before, but I think it would be a great collab! People born this day are personable and adaptive.

J Lo shares her July 24th birthday with Mitch Grassi of Pentatonix. They’ve collaborated with a ton of artists before, and J Lo would be a great addition! Jennifer Lopez is an icon, a singer/dancer/actor and I’m sure we’ve all heard of her:

Mitch Grassi is a tenor singer and member of the vocal group Pentatonix. After winning the third season of The Sing-Off, their career exploded and they’ve been huge ever since:

Pentatonix has worked with a ton of major artists (Dolly Parton, for one) so I don’t think J. Lo is too far out of reach! People born this day are peaceful and responsible, but they are still Leos so of course there’s flair and fire there. I think this would be a great collab though, let me know what you think!

Both of these artists are well-known for one song mainly, but a collab would bring them back for sure. Born July 28th, Soulja Boy is a rapper/songwriter who had a major hit with “Crank That” in 2007:

Afroman is a rapper/songwriter from Los Angeles and rose to fame with his song “Because I Got High” in 2000:

Both of these songs were HUGE at their peak. I think just the names alone would be enough to get media attention, and if the song is good, all the better! People born this day are charismatic and sensitive. They’re also obviously funny and talented, and able to create viral hits.

I mean, why not, right? Born July 30th, Catherine (aka Kate) Bush is a singer/songwriter from the UK with a massive array of hits. She was actually the first female to get a #1 self-written song in the UK and has had over 25 Top 40 Singles:

Paul Anka is a Canadian singer/songwriter who got his start in the late 50’s, but continued to have success in almost every decade:

People born this day are passionate and motivated. In my opinion, this could work. These are two legends with huge fanbases, or a relative interest from mostly everyone. A collab would be a great result for these two!

Zac Brown Band is a country band from Atlanta, Georgia. They’ve had 13 #1 singles and they’re well-known for their lyrics and high-quality production:

Look, it’s weird, but why not? Let’s just have them try it and see how it works (this is why I’m not a music industry executive). People born this day are reliable and honest. These are great qualities in general and will definitely help in a collab!

Artis Leon Ivey Jr., aka Coolio, shares his August 1st birthday with Joe Elliot of Def Leppard. Coolio is best known for his hit “Gangsta’s Paradise,” but he’s a well-known figure in the music industry outside of that:

Joe Elliot is the lead vocalist and instrumentalist for Def Leppard, an English rock band. They are credited with helping to start the new wave of UK metal music in the 80’s.

As we all know, rap and rock go well together. This could definitely work. People born this day are known to be trustworthy and positive. Great qualities for a collab!

Come on, this would be great. James Hetfield, lead singer of Metallica, shares his August 3rd birthday with Tony Bennet. Metallica is, of course, a metal band from Los Angeles. They are considered one of the main iconic rock groups of all time:

Tony Bennet is a singer best known for singing jazz standards and classics. He also fought in World War II, which is just a mind-blowing fact:

Tony Bennett had a ton of success with his Lady Gaga collab, so there’s no reason he couldn’t branch out in a different direction. People born this day are said to be intelligent and hard-working. This might just be a novelty song, but it would be cool either way!

Wow, Leo season is a great time for interesting collabs. While neither of these bands are “current,” Creed hinted at a reunion in November 2020 and N*Sync occasionally meets up to perform here and there. JC Chasez shares an August 8th birthday with Scott Stapp of Creed. They were both huge in the 90s and a collab would be great for millennial interest alone. This is N*Sync:

Scott Stapp is the lead singer of Creed, a rock band from Florida. They were huge in the late 90s, known for Stapp’s unique voice and won a Grammy for Best Rock Song in 2001:

People born this day are organized and meticulous. This could lead to conflict, especially if the methods of organization are different. However, it’s N*Sync and Creed. I think they can put their differences aside to give the public what we so desperately want: a sweet, sweet collab.

Okay, this one needs to happen. Christina and Lauren Cimorelli are not twins and are eight years apart. Christina was born August 12th, 1990. Lauren came to share the spotlight in 1998, and they share their birthday with Sir Mix-A-Lot. Cimorelli is a singing group of five sisters:

Sir Mix-A-Lot, aka Anthony Ray, is best known for loving giant asses and bringing that love into mainstream popularity.

If you think this is an impossible collab, check out this video of a symphony and Sir Mix-A-Lot performing “Baby Got Back.” Anything can happen! People born this day are popular and vibrant, and we’ve got 3 birthdays in 2 groups here so it has to happen.

Why not, right? I think this would be really cool. Born August 16th, Madonna is a pop icon who is often called the “Queen of Pop:”

Vanessa Carlton is a singer/songwriter and pianist. Her best known hit is “A Thousand Miles,” although she does have a wide range of skills and abilities:

Vanessa Carlton worked with Stevie Nicks before, so she can clearly hold her own in the presence of music royalty. I think this would be a great combination. People born this day are dedicated, ambitious and disciplined. You can see this in their work for sure!

I couldn’t decide which to pair up, so I figured we should just make it a trio. Please let me know which two would work best! Again, we’re just going to have to take a risk here. I think this is one worth taking. Demi Lovato shares an August 20th birthday with Robert Plant of Led Zeppelin and Fred Durst of Limp Bizkit. Demi Lovato is a pop star who makes headlines frequently:

Limp Bizkit is a rock band that may be less popular now, but they were huge in the 90’s and 00’s:

I mentioned Robert Plant working with Alison Krauss above, but he is the vocalist for Led Zeppelin, a London rock group and one of the best-selling music acts of all time:

Limp Bizkit covered a Led Zeppelin song live, but that’s the only connection between these 3 that’s happened as far as I know. I know this one is a little chaotic and there might be too much going on, but I think it would be interesting to see what the three together could create! People born this day are dependable and friendly. Let me know what you think would work!

Are you kidding me?? This would be amazing! Born August 22nd, Dua Lipa is a pop singer/songwriter from the UK who became big around 2016 and has been huge ever since:

Tori Amos is an American singer/songwriter who came out in the 90’s and is known as one of the greatest women of rock and roll:

People born this day are considered to be very loyal. They are also generous and steady. They sound like great people and I think they’d make a great song.

What Leo Musicians would you like to see collaborate? Let me know in the comments! And please, if you make a mashup of any of these, let me know and I will share them!

Sagittarius Musicians Who Should Collab (Because They Have the Same Birthday)

Reviews for a Client’s Album

How to Get Great Falsetto Singing from Your Session Singer