Libra Musicians Who Should Collab Because They Have the Same Birthday 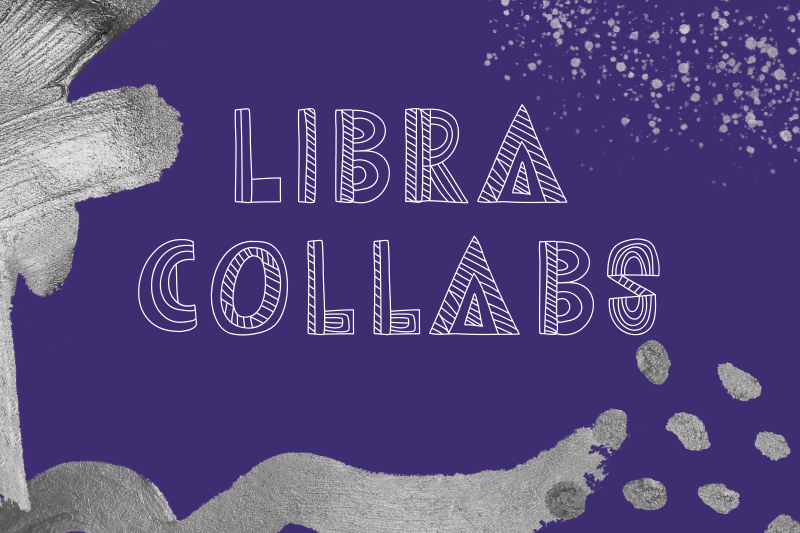 Libra musicians are the hot topic today because we are entering Libra season! Whenever you’re reading this, I’m guessing you’re a Libra yourself or you have one in your life. I listed every Libra musician here and wrote about how being a Libra can help your career here.

This post is to look at Libra musicians with the same birthday, and then envision a collab between them. Let me know what ones you could envision and how you think it would go!

Libra Musicians Who Should Collab

The only thing these artists have in common is their birthday, but I think that makes the collaboration idea more interesting. If you know of 2 Libras who should collab, let me know!

September 23rd Libras are said to be truthful and loyal, so I could see that these two might have a love/hate relationship while working with one another.

Bruce Springsteen is also known as “The Boss” and is a well-known rock legend:

Jermaine Dupri, aka JD, is a rapper and producer. He’s known for working with major artists like Mariah Carey and Janet Jackson, so I don’t think a collab with The Boss would be out of the question:

Ray Charles is on September 23rd as well, but for obvious reasons he won’t be able to collab.

Both born September 26th, Libras on this day are said to be driven, meticulous & disciplined. Christina Milian is a singer and actress who gained success in the early 2000s:

Olivia Newton John is also a singer and actress, so they already have a lot in common. Olivia is best known for her role in Grease, but she has plenty of solo work as well:

I feel like this could be a good collab – what do you think?

I mean….can you imagine? Can you actually imagine? Lil’ Wayne is pretty good about vibing to whatever genre he’s in, but this would be an interesting collab for sure. Both were born September 27th. Avril Lavigne is a pop-rock singer who was huge in the early 00’s:

Lil Wayne is of course a rapper with a ton of hits. I think the two of them would create something really interesting!

Technically, it would just one member of Imagine Dragons (Daniel Platzman), since he is the one who shares a birthday with Hilary Duff (September 28th). Imagine Dragons is a rock(?) band, more of electronic/pop than pure rock, I think most ‘purists’ would say:

Still, good music though, right? Hilary Duff is a former child star who was/is known for her singing. She just released a new song this year:

What do you think? I think this collab could work!

First, no shade, but I was astounded to find that Lewis is still alive Congrats man, now you get to work with Halsey! Both of these Libras were born September 29th. Halsey is one most of my readers should know, as she’s a current singer/songwriter I’ve written about before.

Jerry Lee Lewis is a singer and piano player. According to Wikipedia: He has been described as “rock & roll’s first great wild man and one of the most influential pianists of the twentieth century.”

I’m getting Tony Bennett/Gaga vibes from this collab, which would not be a bad thing!

Jim Root of Slipknot shares his October 2nd birthday with Sting. I feel like both of these people would hate each other, but that’s just a hunch. Slipknot is a metal band my brother used to be super into, but then he found Jesus and lost metal. Slipknot is still out here making music though:

Sting is someone my dad loves, so really it would be like my high school brother and dad doing a collab:

Both of these artists were born October 3rd. A$AP Rocky is of course a rapper and songwriter:

Ashlee Simpson is Jessica Simpson’s younger sister, who made a TV show documentary about her first album. I really am not sure what she’s done since then, but I feel like she could use some fresh collabs to boost her career:

Of course, maybe she doesn’t WANT to boost her career, in which case that’s totally fine. I still think A$AP Rocky could find a good flow to “Pieces of Me” and remix it.

These two were also born October 3rd, and dude that day is a GREAT day for musicians to be born. We also have Lindsey Buckingham of Fleetwood Mac, Kevin Richardson of the Backstreet Boys, Chubby Checker & Stevie Ray Vaughan. I would have them collab in that exact order. India.Arie is a singer/songwriter who released new work last year:

Gwen Stefani originally rose to fame with No Doubt, but she spun that into a solo career and then a career judging other singers and dating her co-star. I don’t know if she and Blake Shelton are still together and I honestly don’t care enough to look it up. I’m just here to report what’s in the stars, folks.

To be honest, I don’t know if this collab would work. They’d have to make one of them fit the mold of the other, and I don’t know if either of them would do that. They’re both queens so hopefully they could make something work!

James Valentine of M5 and Kevin Olusola of PTX both share this October 5th birthday. Honestly I think this would be a good collab with all of them. Maroon 5 is mostly known through lead singer Adam Levine, but they’ve had a ton of hits as a band:

Pentatonix rose to fame on an a capella talent show, but they’ve continued their success long after winning and are still killing it online:

I absolutely adore Toni Braxton, so she could collab with anyone and be great. Both she and Thom Yorke of Radiohead are Libra musicians born October 7th. Radiohead is of course a legendary rock band:

Toni Braxton is an R&B Queen with an alto voice that gives me absolute chills:

She just recently released this but if you haven’t heard of her, please go listen to her entire career because I don’t even know how to break it down into chunks. You just need to hear it all.

Both Bruno Mars & Cece Winans were born October 8th. You may have no idea who the latter is, but the Winans family is a HUGE gospel family in Detroit. There are 10 siblings and they’ve all broken off in different cliques to make music. Cece Winans also did several songs with Whitney Houston, so I approve of this collab. Of course, we know who Bruno Mars is:

Cece Winans just put out new work a bit ago, so let’s get these two to work together!

Both Libra musicians, both born October 10th, these are two singing queens from very different genres. Lizzy Hale is the lead singer of Halestorm, a metal band I absolutely love:

Mya is a pop/R&B singer who had most of her success a decade ago, but the good news is she has new music out!

Although they have very different genres, I’d love to see what these two could make together.

Cardi B & Hall and Oates

Lol, jk. But seriously, how epic would this be? Both Cardi B and Daryl Hall of Hall and Oates were born October 11th. Cardi B is of course a rap/hip hop artist:

Hall and Oates is a band my mother (and your mother probably) loved. Not gonna lie, they have some great hits:

This isn’t their biggest hit, but it’s one of my favorites so here you go. Imagine Cardi B doing a breakdown on this? From the female perspective?!? Amazing.

Both born October 15th, people have actually made mashups of these two before. Keyshia Cole is a phenomenal R&B singer/songwriter. I listened to her debut album so much that I’m pretty sure it’s imprinted in my DNA at this point.

Ginuwine is a singer/dancer/actor, and we already can hear that a collab would be great, so I hope these two get on it!

Born October 17th, I was surprised these two haven’t collabed before. I searched YouTube for something and found this mashup, but it doesn’t look like an official release? If anyone can confirm an actual collab, please let me know! I think we all know both of these gents, but in case not, Eminem is a rapper:

Wyclef Jean is also a rapper (this is over-simplifying both of them, of course. They’re both pretty huge and have done a lot more than just rap):

These two might actually hate each other, I don’t know. There are always tensions between artists that I’m completely unaware of, especially if they don’t publicize them. My (very limited) research showed no verbal shots fired between either of the two, so who knows, maybe they will in fact collab. They’re both Libra musicians with the same birthday so they already have a solid ground to stand on.

Of all collabs presented today, I feel like this one is either most or least likely to happen, depending entirely on their opinions of each other, lol.

Okay but hear me out. I know Tom Petty is dead, but rappers have an easier time of re-working existing songs. Both were born on October 20. Snoop Dogg is a legendary hip hop artist:

BUT, he also struck up a seemingly unlikely friendship with Martha Stewart, and their friendship has touched the hearts of many and made both of them much richer.

How is Tom Petty that much different from Martha Stewart?? How would this NOT be an epic collab? It would keep the beloved memory of Tom Petty alive, and it would bring us that much closer to Snoop, which is always important:

I’m putting this here exclusively to annoy one of my best friends. She is a HUGE Hanson fan ever since they came out. I always wind up saying, “Yes, they still make music,” whenever they come up in conversation. Most people remember them from “MmmBop,” but they really do have so much more and they’ve grown as artists. Check them out, I think you’ll like them!

Even this song is a decade old and they’ve put out a ton of new music since then. Anyway, Zac Hanson (my friend’s favorite) was born October 22nd. Fun fact: The day he was born “Saving All My Love for You” by Whitney Houston was the top song. If you’re a regular reader, you know I’m obsessed with Whitney Houston.

Anyway, 21 Savage is a rapper that my friend has probably never heard of, but this *could* be a decent collab:

I’m curious to know: Out of all the Libra Musicians I listed, which two would be the best collab? Did I miss any potential bangers? Let me know in the comments!

The Leo Musician: How Your Zodiac Sign Affects Your Music

The Taurus Musician: How Your Zodiac Sign Affects Your Music

6 Wonderful Effects of Listening to Music During Pregnancy

Cool and Interesting Instruments Your Kids Will Enjoy Playing