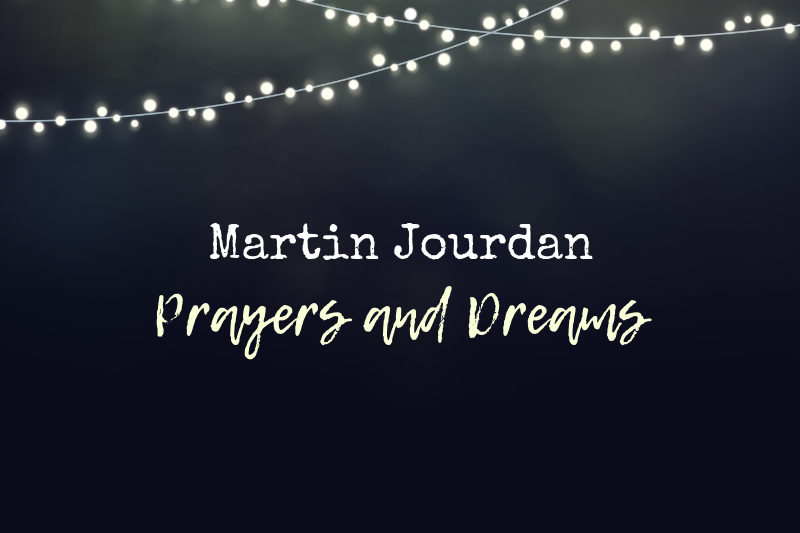 It’s been a while since I’ve written about one of my projects! I’ve been busy over at Tunedly and helping clients finish their songs. I want to take some time to tell you about Martin and his project, “Prayers and Dreams.” 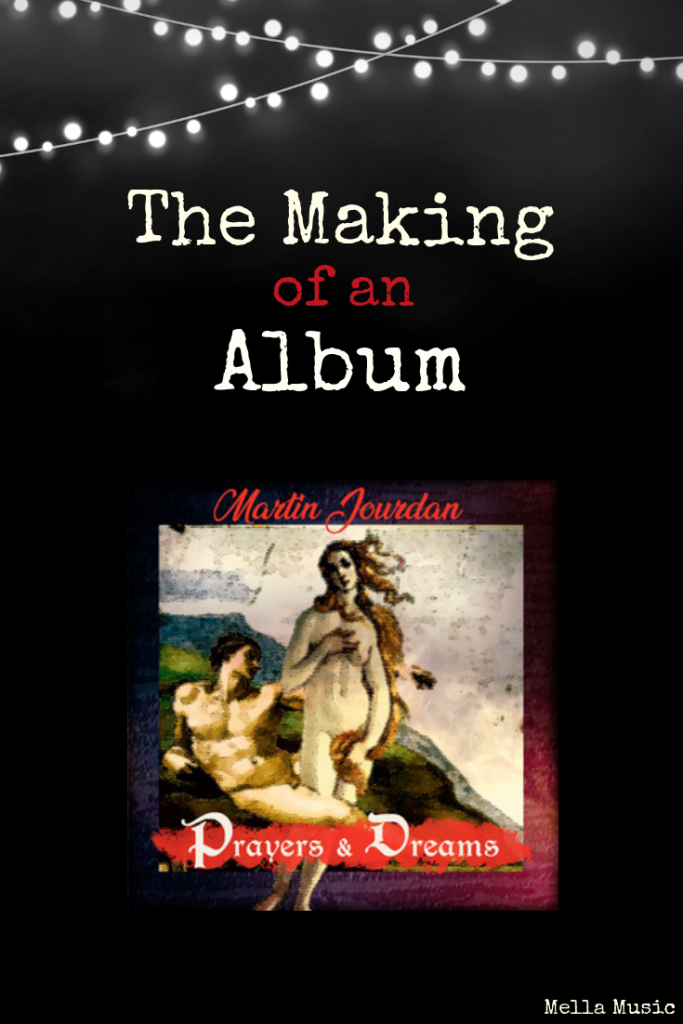 The Making of Martin Jourdan’s “Prayers and Dreams”

Martin worked with us at Tunedly and in the beginning, we were a team of four. I was the Project Manager and occasional singer, we had a male singer and a piano player, and Martin was the writer/composer/mastermind. Here is the album on Spotify if you want to play it while you read along!

The first song I worked on was “Encounter.” I didn’t realize what we were working on yet, so it all felt very experimental. The words were very interesting, but it was just me and the piano at first. I really didn’t know what it would become, but to hear it now as a full band is really interesting and exciting!

“Give Peace to the World” was a free-form gospel song and I was brought in halfway through. Part of being a Project Manager is interpreting demos for session singers, so a lot of these songs weren’t intended for my voice initially. I’m honored Martin chose to include me in the end results!

I was involved in the composition of “Roundabout,” we had words and the piano but no melody, so I kind of did half of a topline. I wrote two different versions and did several harmonies, so to hear the whole thing at the end is such a cool surprise. There is a slide guitar added that almost gives it a meditative quality (which is perfect since it comes right after “Meditation”) and the lead guitar sounds incredible.

“Bright Times” completely escaped my memory. I don’t know if it was called something else but once I heard it I thought, “Ohhhh yeah…this one almost killed me!” It was a difficult song to sing, even with Martin’s guide demo, just because it’s so intricate. It was important to get all of the subtleties and textures in my voice. I used “The Wind” by Mariah Carey as my vocal inspiration. It’s a very interesting song and I think all the work was worth it in the end!

The last one I worked on was “The Dwarf,” which again sounds completely different from when I worked on it. It’s a jam now! I don’t think my vocals were originally going to be on this one either, but I sang the vocal demo for our male singer (who sounds incredible on this whole album, does he not?!)

Those are just the ones I worked on myself, but please listen to the whole thing! Our piano player and singer are on the whole album and I’m so amazed by their work.

If you’re curious about how an album like this comes into the world, here’s how we do it:

First, Martin creates the songs and gives us a rough demo. The piano player interprets his demo from there, and I interpret the vocals. Aside from “Bright Times,” which I sang alone, they would go to our other singer from there. He would interpret my interpretation and we would give our stems over to Martin.

Typically we can supply all instruments and also mix and master at Tunedly. However, Martin had his own group and I think that worked out perfectly. They did an incredible job and it was a nice surprise to hear the end results.

How to Find “Prayers and Dreams”

If you don’t have Spotify, you can hear Martin’s masterpiece on Amazon, iTunes, and others here: https://www.feiyr.com/x/BPJ32

I’m so thankful that Martin chose to work with me on this incredible project. I hope you enjoy it as much as I did! Please let me know what you think if you do check it out.

What I Learned About Youtube to Grow My Channel