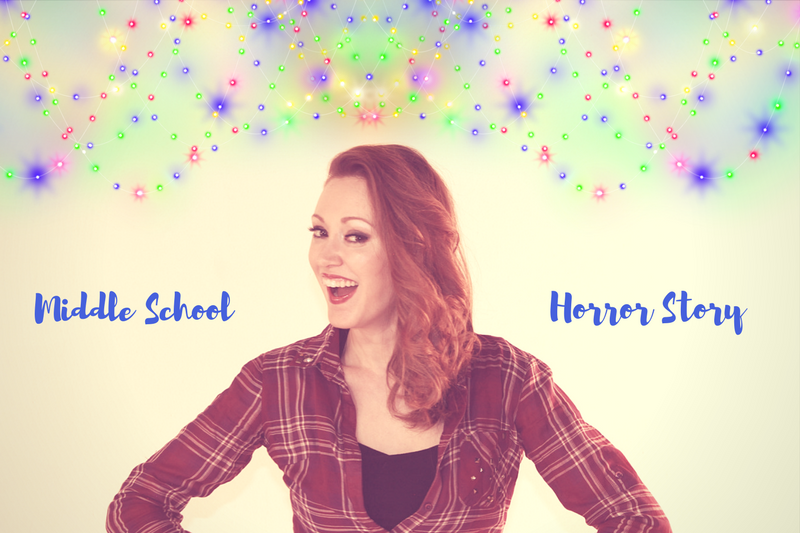 When I was in 8th grade, I decided to audition for my school’s talent show. I had been singing in my grandparents’ church for years already but had never tried in school. A few of my friends suggested I try out because I frequently did impersonations of their favorite singers.

I. was. terrified. I did not want to do this. Really, I didn’t even like performing. The only reason I timidly added my name to the sign-up sheet was that they pretty much guaranteed that anyone who tried out would get to perform. All of my favorite artists had started performing around this age, so I figured it was time for me to get started too if I wanted to be a professional singer. 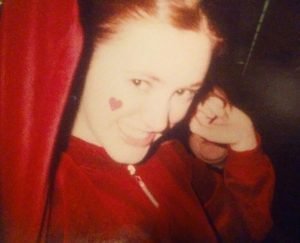 I was so nervous I could barely breathe. I was late because I didn’t know where the room was, and I brought my cd to perform (this was a hundred years ago when cds were a thing). My peers eyed me as I stood in front of the room. The cd played and I started singing.

I was bullied in middle school. I was gawky, awkward and terribly unattractive, and my classmates reminded me of these things every day. But for some reason, they were now smiling at me. Some of them were even dancing. As they began enjoying it, I began enjoying myself and loosening up more. By the end, everyone stood up and cheered. I heard someone say, “wow she’s such a loser but she has a good voice!” …Thanks, dude.

There were two teachers holding the auditions. One of them pulled me closer so I could hear her (over the cheering!) and told me she loved it and they couldn’t wait for me to perform. I left SO EXCITED. Not only did I sing without throwing up, but maybe now I wouldn’t get bullied as much! 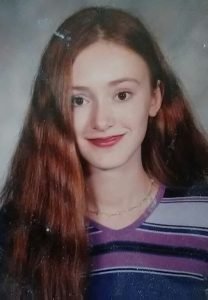 Oh, great eyebrows, how I miss you.

The next day, several of the kids stopped me and gave me compliments. Sort of. “Hey, I’m honestly not kidding, I liked your song! Like, I usually compliment you sarcastically, but I’m not now!” and “Hey you sing good, maybe try a different haircut for the show?” Compliments like that. No worse than Taylor Swift gets, I’m sure, but I was thrilled. They liked me.

Posters of the upcoming talent show went up. I went to look, just to see my name. I already knew I got in, but now I would have my name printed on a piece of paper. This was a big deal! It was one step closer to having my name on a billboard.

The poster had at least 50 names on it. I couldn’t find mine. I scanned every line, all the way down, several times. It wasn’t there. But surely that was a mistake. Everyone who auditioned got to perform, and every name but mine was here. Maybe it was because I was late to the auditions. Maybe they just forgot. I was sure there was a reasonable explanation, so I would just plan on going to rehearsals anyway.

I went about the rest of my week with complete confidence that everything was fine and it would work out. This was probably the last week I would ever do that.

I showed up with my cd and several outfits to get the teacher’s approval. None of my outfits were even remotely cool, but the school had to approve of them before we could wear them on stage.

Everyone was in the auditorium getting ready. The teacher who talked to me at the audition was not there, but the other one was. She hadn’t said a word during my audition. Now she saw me and walked away from me onto the stage. I followed her. I needed to know which hideously uncoordinated outfit I should wear. Also, I needed to know when my performance would be, so I would know when to start getting terribly nervous.

She continued to ignore me until I tapped her on the shoulder. She then whirled around and said, “What?!” in a voice loud enough that everyone stopped what they were doing to stare.

I timidly explained that I needed to know when to perform. She raised an eyebrow. “You’re not in the talent show.”

There were several gasps and whispers from the students. I stood there speechless. She turned away as if that was all that needed to be said.

Finally, I choked out, “why?” This time she turned around and was extremely, overly patronizing. “We just didn’t think you were very professional,” she spoke like she was talking to an injured cat, “and you really need to work on your stage presence.” Then she left the stage. I was left standing on stage in the dust of my humiliation in front of 50 kids.

I walked away red-faced, carrying my clothes. A girl I didn’t know followed me out of the room. “Wow, I can’t believe she did that,” she said, “I’m really sorry.”

First, I just want to point out how easily a teacher can screw up a child. It’s really, really easy. I don’t know what her problem was, if she just hated me or what. I was never a student of hers. Sadly, I don’t remember her name so I can’t stalk her on Facebook or anything.

Second, I want to share what I learned from this so hopefully, it will help you. If I can give you some advice while saving you this type of experience, that would be great. Here’s what this taught me:

1). You will recover from your deepest, most devastating pain.

I am sure that day was one of the worst I’d had in my young life thus far. Despite still being confused as hell over it, I’m fine. My life went on, and I would love for that teacher to know that I now make a living as a full-time singer. Whatever you’re feeling in your saddest time, just know that it won’t last. You’ll move on, I promise.

2). Sometimes you will never know the reason behind something, and that’s okay.

To this day I do not understand what happened. Sure, I was unprofessional. I was in 8th grade. So was everyone else, and they all got to perform. I was the only one who didn’t, and it was a public and seemingly purposeful humiliation. Maybe she hated me, maybe I really had done something unprofessional and didn’t know it, who knows. It doesn’t really matter anymore.

What if I had given up singing that day? I’m sure I’d be fine, but I’d be a totally different person and have a different career. I wouldn’t be doing what I truly love. Whatever your passion, be it music, art, dance, or even a non-creative industry (I’m sure math people have tough days too), I want you to keep going. You don’t have to do it full-time if that doesn’t make sense for your life, but please don’t stop. Someone along the way will insult you, and it will hurt. I want you to keep going, because of the first two reasons I listed above.

This is one of many embarrassing music stories I have. If you want to read about an embarrassing high school story, check it out here.

Christina Aguilera’s Masterclass – Does It Really Work for Vocalists?

How Your Hobby Can Help You Write Better Songs

Your Crown Chakra and Music

Your Third Eye Chakra and Music