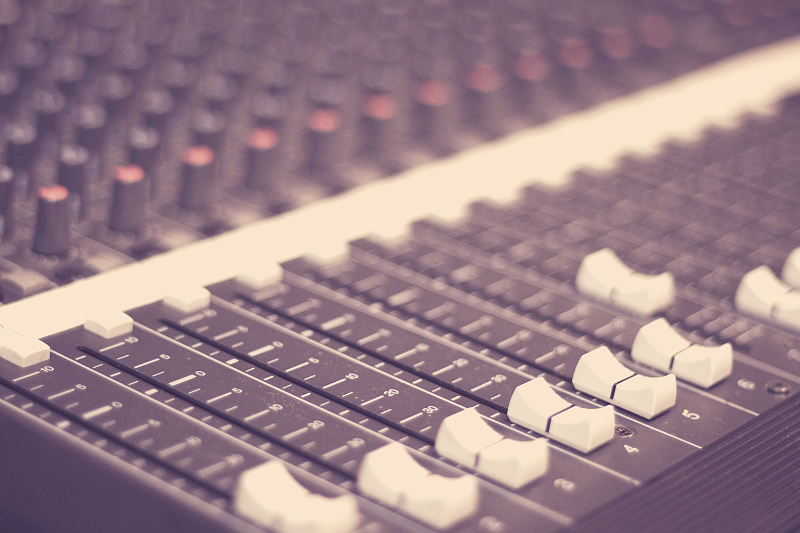 Welcome back to another MasterClass review! If you’ve missed any of the posts thus far, feel free to check them out here:

We are now on Part 6, which is all about mixing and mastering. Mixing in and of itself is such a huge concept that it would take multiple MasterClasses to learn them all. However, I did learn some good tips here that I’m excited to share with you!

Just so you know, MasterClass is an affiliate. That means that if you choose to take the class through me, I’ll earn a small percentage of whatever you choose to buy. You don’t pay any extra, but it helps me keep making these reviews. Just so we’re clear!

Mixing and Mastering with Deadmau5

If you’re more of a watcher than a reader, here is my video recap of the lesson:

There are two things to a professional-sounding track: Great melody and great engineering. Deadmau5 says that in other genres, it’s rare to find someone who can do both. He does both, because in electronic music you don’t have a lot of real instruments.

He calls mixing music “earballing,” meaning you know if something is too loud or quiet as you’re adding elements and you’re kind of mixing as you go. He also says bass should be at -6db, so that’s some info for you. We get another favorite quote early on in this lesson:

You don’t need to EQ each and every instrument you add. This might be more common when using real instruments, because you need to make the room and recording sounds better. But for electronic instruments that are all already there, you’re likely fine with not using EQ all of the time. Unless you can change the sound of the synth completely, because that’s what he wants you to do according to previous lessons (link).

I assumed lead synths would be similar to vocals – you want them to be out in front. However, Deadmau5 says that you don’t want them to be too far out in the mix and they should be compressed to an extent. I like vocals to be right out in front and it annoys me when they are blended way too far into the back, so maybe I’m looking at it differently.

He shows us how to use an LFO to keep synths sounding good. He then discovers that he screwed something up and put the limiter on before something else, and the limiter is “the last thing you want to do.” He says he needs to re-mix and re-release the song he just showed us, but it isn’t snow cone so I’m not sure what it is. It’s nice to see that even the pros make mistakes!

Confession: I don’t fully understand what sidechaining is. I get the general concept, but if you asked me to sidechain something I wouldn’t know what to do. Deadmau5 talks about that a lot here, and he also says LFO and Compression do similar things and for EDM he actually prefers LFOs to Compression. Compression works better for live/acoustic instruments, he says.

As we’ve moved on in the class, Deadmau5 has loosened up quite a bit and is now swearing a great deal more. In the beginning he accidentally said the word “fuck,” then apologized. Now he says it probably every sentence. I’m not bothered by it (although I do try to keep swearing to a minimum in my blog since I’m riding the line of being professional), but if you have a kid who wants to take the class, you might want a heads up on that.

We compare built-in mixing equipment in Ableton Live to outside plugins, and he says you can do a great mix with either. “They’re both fucking Ferraris, dude,” he says. I don’t know anything about cars either so I nod politely in agreement, then realize I’m nodding at my computer screen.

As little as I know about mastering, I’d love to be able to do it. Deadmau5 says that he does everything himself because he wants to, and because it remains solely his if he does it all himself. He says,

He says he’s such a solo act that he even does his own artwork. I feel like this is true of a lot of artists who are indie, though. We all do most of our own image, artwork, etc (whether that’s good or bad, depends solely on the artist).

He says all mastering is enhancing the volume. You just want everything to be as loud as possible without hitting the red. I…I thought that was mixing? Have I been doing this wrong? I’m confused. He again uses a limiter to detect what parts of the song need to come down the most.

Deadmau5 mentions this and I thought it was an actual thing. I googled it and was ready to throw down money for plane tickets or whatever, but I think he was actually insulting producers who suck (i.e. me) so I totally missed the joke.

He says there’s no magical process that you can do at the end of the track to make it sound good. This is bad news for me.

He mentions “the loudness war” and tells us to google it. I did, and it is an actual thing. It’s basically everyone trying to make their music louder than everyone else’s. Deadmau5 hates this and says it’s not necessary; it’s more about perceived loudness.

I know zero about live show mixing and honestly don’t care. I never leave my house and the idea of going somewhere to work and being solely responsible for the volume quality of a concert is enough to give me a stress-induced heart attack. I listened intently to what he’s saying but quite honestly, I didn’t understand most of it and don’t feel like I need to. If you’re planning on doing live show mixing, you’ll probably want to hear it directly from him anyway.

Deadmau5 does not recommend getting feedback on mixes because it’s unhelpful and “a dick contest.” Hilariously, MasterClass has been telling us to submit our mixes to classmates for feedback through the entire class, but not for this specific lesson. I haven’t submitted anything at all, because I know mine are all hot garbage.

We end with a mastering example of Snowcone. I kind of zoned out because mastering is so unfamiliar to me, and this lesson assumes that you already know a little about it. So, that’s the end of these lessons!

Here is the link for the MasterClass home page, so if you want to sign up for any class at all, you can still do it through me!

MasterClass makes a great gift. If you have someone who would like to take a class, you can buy it for them here!

How to Create a Secret Website Section for Your Biggest Fans

“You’re Too Old.” Why Age Matters in the Music Industry