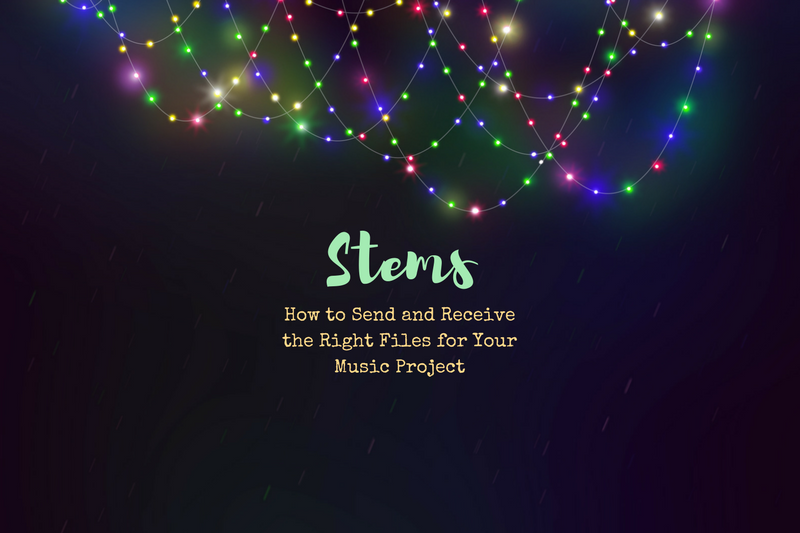 When sending files between musicians, songwriters, producers and mixers, there can be a lot of confusion over what is being sent. For starters, some people call them completely different things (stems, files, tracks, exports, etc). Then there are people who are not sure what type of stem to send (.wav, .mp3, .m4a, etc). For the sake of simplicity for this post, I’ll be calling them Stems throughout. Just know that there are several terms for the same thing! Let’s get into it: 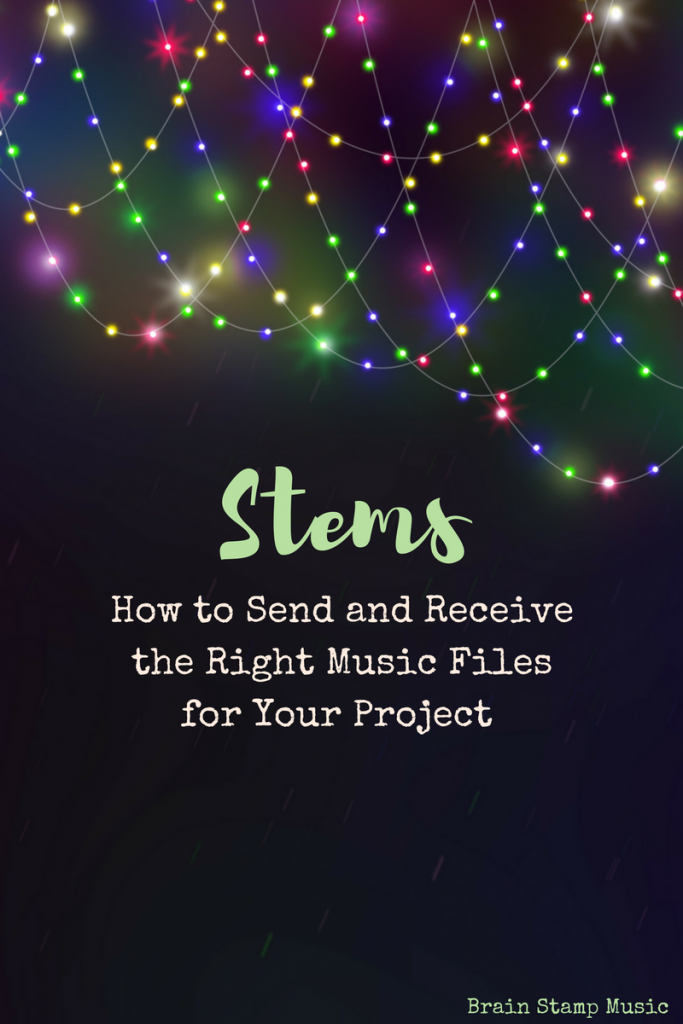 A Step-by-Step Guide to Getting the Right Music Files

1). Establish what the client’s end product should be

Generally, the client wants a completed song unless they plan to mix it themselves. Therefore they will probably receive a single stem in .wav format that is mixed to their liking. Why .wav? Here is a mini breakdown of each type of stem:

So, it would be helpful to the client if they just received a wav or aif file because those are of the highest quality, but I have had clients ask specifically for mp3 and I will of course send whatever they like.

2). Establish how each musician will send files to each other

Here’s where it gets the most complicated. I send my raw (unedited) vocal stems in wav format to the producer. He gets an m4a stem from the guitar player that has some reverb added to it, which he can not remove after it has been exported. The bass player sends an mp3. The drummer sends a zip file containing five separate aiff tracks. The producer now has to go back and reset each file to the kind he or she wants (if that’s even possible, they may need to ask the bass player to resend in a lossless format) and either has to deal with the reverb the guitar player added or ask them to remove it.

In order to avoid this extra work for the producer, mixer, client, etc, it’s easier to determine up front what all musicians will be sending. For most of my session singing jobs, I send a raw wav stem unless instructed otherwise.

3). Make sure everyone knows how to export and format properly

If you have a session musician who is younger or new to the process, they might not know how to do all of this. I will include a link at the bottom to some step-by-step instructions, but here is a video I made in case that helps you:

4). Make sure everyone names their stems correctly

This is one of my musical pet peeves. I will get a song from someone and the title is just “Track01” or “Demo Track.” This does not help me when I’m looking for it later, and I’ve had many clients do this. I probably have 50 files named “demo track” on my computer. Please be specific! The stem name should include the title of the song and what it is. For example, “Tangerine_LeadVocal,” “Tangerine_HarmonyVocal1,” “Tangerine_HarmonyVocal2,” etc. Imagine being a producer and every musician sends a completely random named track. You have to then find each track on your computer (amidst all the other similarly vaguely named tracks) and put them together. For the project’s simplicity, please name your stems “SongTitle_InstrumentPart.” This is such a big help! /rant

If you’d like to learn how to export stems from your specific DAW, here are just a few:

For others, just google “how to export stems/files/tracks in (your DAW)”

If you’d like to learn more about the different kinds of stems, here are some good resources that explain each one in more detail:

Which Audio File Format is Right For You?

The Music Mindset: How to Work on Music When Life Sucks

YouTube for Musicians: How to Become a Viral Star

Soprano Session Singers: Where to Find Them and How to Become One