My Night with Kesha and Macklemore 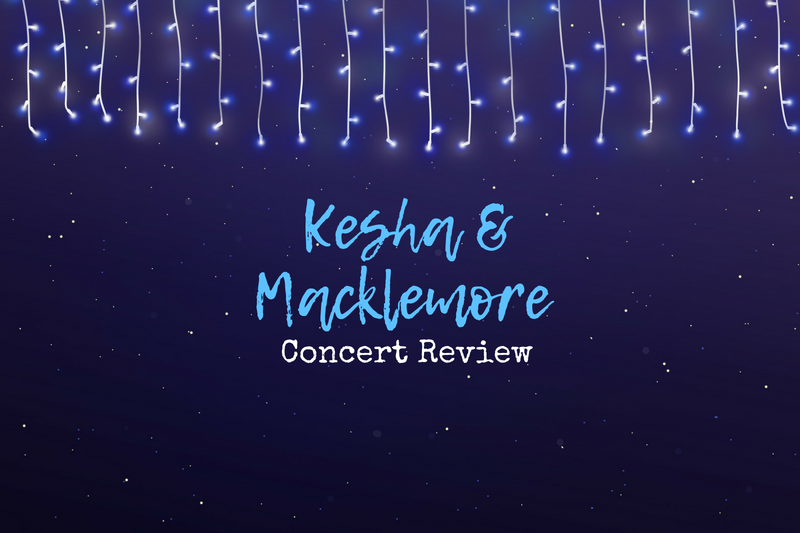 Last night I saw “The Adventures of Kesha and Macklemore” show at DTE in Detroit. I was supposed to go to the Nashville show last Friday, but my schedule got screwed up and I ended up being in Detroit instead. I wasn’t too upset about it.  If you’ve never been to a Detroit concert, you’re missing out because we love our concerts and sporting events like no one else in the country. I know every artist says “(City I’m in currently) is the best!” but seriously, go to the same artist’s show in two different cities. The dynamic is different at each one, and Detroit’s dynamic is the best in my humble-but-correct opinion. 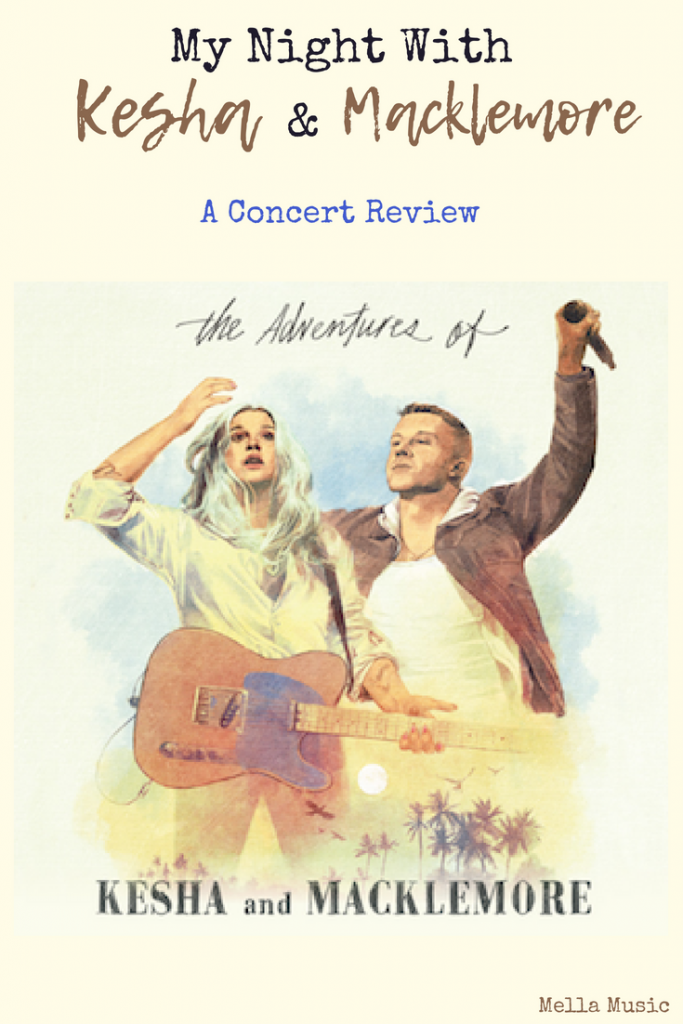 I bought Fleetwood Mac tickets for October for myself and my co-writer, so in turn he bought Kesha and Macklemore tickets. I wouldn’t necessarily call that an even trade, but a show is a show and I’m down to see anyone.

We got there late and had to park at the very top of the hill as far away from the venue as possible. I was unaware of appropriate attire for a Kesha/Macklemore concert, as admittedly their music and mine are very different. Everyone was dressed in club attire with an ungodly amount of glitter and regrettable tattoos. I was dressed like a hippie and my co-writer was wearing jeans and a Key & Peele tank top. During the security check, they made me throw away my brand new Deep Woods Off. I was not happy about that. However, I didn’t want to walk the 7 miles back to my car so I just let them take it. We found our seats just after Macklemore had started. 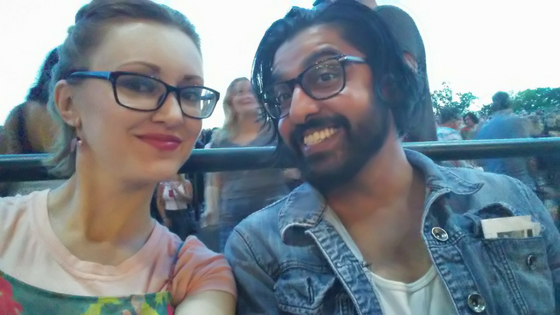 He did “Thriftshop” pretty early on in the show, which surprised me because I thought that was his biggest hit. When he brought out thrift store props (such as a taxidermied coyote) and kept them on the stage, I realized it was probably done early to keep the stage decorations prominent. He also brought out a giant air mattress and brought two ladies onto the stage to lie on it while he rapped to them. It sounds sexual but it wasn’t. He placed two golden tickets under seats (for his Willy Wonka song which I heard for the first time at the show) and they were the random winners.

Overall it was a fun show. He was funny and engaging between songs, telling interesting stories and throwing hot dogs into the crowd. That dude has a crazy amount of energy. Maybe it was just because I was already hungover, but I couldn’t imagine being that amped up for so many hours at a time. This is one of many reasons why I’m not a famous touring musician. His ‘band’ was just dancers pretending to play instruments, and it took me way too long to realize that his drummer wasn’t drumming. They were all entertaining and I wish I remembered his backing singers’ names because they were phenomenal. 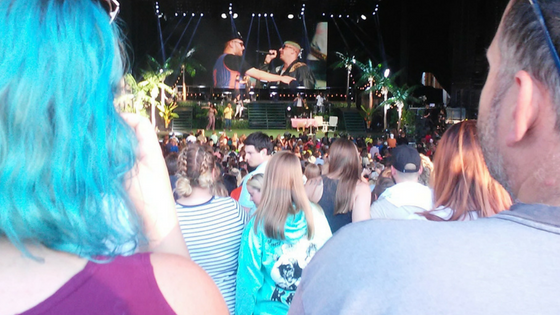 The dude in the photo on the right was clearly dragged to the show and was miserable the entire time. He sat with his arms crossed unless the blue-haired girl asked him to take a photo.

I’m a relatively new fan of Kesha’s. To be perfectly honest, I didn’t know she could sing and was kind of confused by her hits. Again, it’s not my style of music, and to each their own. However, her newest album blew me away and I listened to it non-stop for weeks. If you haven’t listened to it based on her previous work, I highly recommend checking it out. It’s got folk, rock, pop, country and a lot of personality and soul. I’m a big fan, but I wasn’t sure how many of her new songs she would do vs the old.

She came out of a giant spaceship which was amazing, and she was wearing a ton of glitter and assless chaps. The first two songs were from the new album (“Woman” and “Boogie Feet“) so I had high hopes for the rest of it. Between songs, she talked a lot about equal rights and the LGBTQ community. Macklemore did also but was a little more withdrawn about it, acknowledging that different people have different beliefs but all were welcome at his show. Kesha pretty much said she would fight for LGBTQ rights until she was “6 feet under the fucking ground.”

One odd and kind of forced moment: She claimed she had a friend in the audience and pulled a lady up on stage. She then asked for her name, and I was like “I thought she was your friend…?” I forget her name, but she called her girlfriend up to the stage and proposed to her. It was cute, the crowd went nuts, and then Kesha escorted them off the stage and said, “I had nooooo idea that was going to happen! Oh my god!” Like…what? Why did you pull her up on stage then? I don’t know if it was supposed to be a joke but it was just kind of a strange detour from the show. Like cool, let’s do a proposal, no problem. But then to act like it was all spontaneous when it clearly wasn’t is just…I mean whatever I guess.

A lot of the other songs were her older hits, which the crowd loved and I did enjoy also. She sang them way better live than they sound on the record in my opinion. She had a live band and they were phenomenal. I don’t believe she did any lip-synching and her voice was strong and clear. She did a cover of Dolly Parton’s “Jolene” which was awesome.

I did not get any photos during this time because by then it was dark and the stage was so bright that all of my photos were blurry. I just bought an expensive new camera and was kicking myself for leaving it at home.

Of course, she saved “Praying” for the end. The entire crowd sang along with her, myself included. She didn’t hit the famous high note, but she did a lower strong note and it was emotional and amazing and just a beautiful moment. She thanked all of her fans for sticking with her through the tough times she went through and closed out the show with one of her older hits. I wished she had done more off of the new album, but she sounded great overall and I left happy.