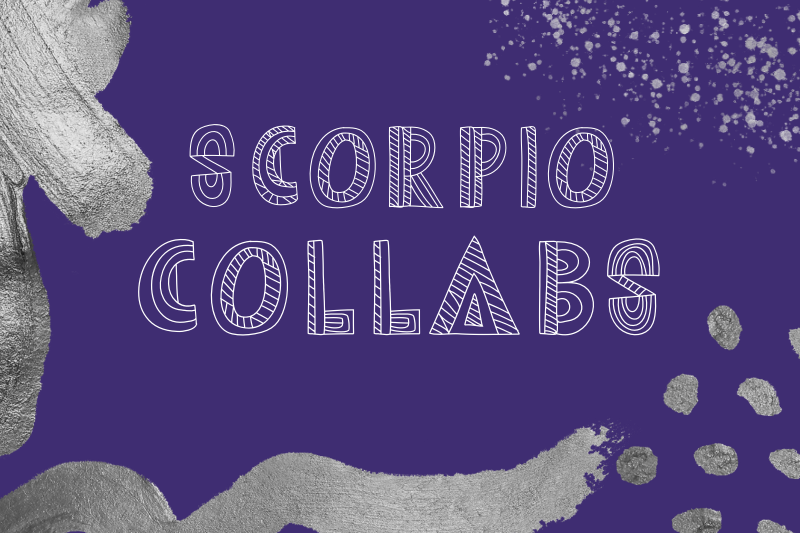 Scorpio musicians are a cause for celebration. I’ve talked about them here before. I made a list of all Scorpio musicians here, and I wrote about how Scorpios can use their signs in the music industry here.

Today, we are simply pointing out what Scorpio musicians have the same birthday, and imagining a collab between them based solely off of that. It will be fun, I promise.

Scorpio Musicians Who Should Collab

First, it’s definitely possible I’ve missed a couple potential duets here, so please let me know if I left out your faves!

Also, please feel free to make mashups of any of these and share! I don’t know how to do that, I’m just the thinker/astrologer/dreamer putting thoughts into words. If you put them to music, let me know!

I honestly don’t know if this would sound good. It could be cool, or it could be just an absolute mess. Only one person from each group are Scorpio musicians (with the same birthday, anyway). Chad Smith, born October 25th, is the drummer of Red Hot Chili Peppers:

I didn’t know this until literally just now, but apparently RHCP collabed with Post Malone, so they’re clearly willing to do weird ass collabs. I think this could work! Chad Smith shares his birthday with Ed Robertson, lead singer and songwriter of the Barenaked Ladies:

Both of these ladies share an October 25th birthday as well. Technically, we could have a 4-way mashup between Katy Perry, Ciara, Red Hot Chili Peppers and Barenaked Ladies, but I made the executive choice to pair them up this way. Katy Perry is an American Idol judge, frenemy of Taylor Swift and also sings:

Ciara has been labelled as an “R&B singer” but I think she’s really more pop. I don’t know if she considers herself more R&B or if it’s just because the music industry is systemically racist, but either way she’s a great singer:

As far as I can see, these two haven’t collabed and there hasn’t been any mashups. I think this would be a good one!

Hasn’t Family Guy made fun of Keith Urban? I’d be surprised if they didn’t, but I still think this would be an interesting collab. Seth MacFarlane is known for being kind of a new-school crooner:

Keith Urban is, of course, an American Idol judge. Also a country singer:

While their genres are totally different, I think their voices might actually gel well together. They share an October 26th birthday.

Both born October 28th, these are two Scorpio musicians from different genres. Brad Paisley works for Nationwide Insurance and is also a country singer:

Frank Ocean is an R&B singer who has been labelled “alternative R&B” – this seems like he’d be open to a country-influenced collab:

Okay but shut up because I actually think this could be cool. Both Halloween babies, these two could make an interesting duet. Vanilla Ice is best known for his novelty song “Ice Ice Baby:”

Can someone please make a mashup of “Whip My Hair” with “Ice Ice Baby”? I think that’s probably the only way these two would collab, but that would be enough.

These two are not twins and are not related, but the duet just makes sense. Bryan Adams was born November 5th, 1959 and has had several iconic hits:

Ryan Adams was born November 5th, 1974 and has released over 16 albums:

They have not collabed before, but Ryan did cover Bryan’s “Summer of 69” once. I do not understand why they haven’t worked together yet. Their genres are similar and they have the same birthday and almost the same name, IT JUST MAKES SENSE.

This would be AMAZING I want this one to happen really bad. They have a similar songwriting style, very introspective and deep. Lorde tends to be a little more brooding while Joni Mitchell has a more light-hearted tone overall, but they would create something incredible. Both born November 7th, Lorde is best known for her breakout hit “Royals:”

Joni Mitchell is a singer/songwriter icon with so many hits it’s hard to pick just one. “Both Sides Now” is currently her most popular release on YouTube, so we’ll go with that:

Joni Mitchell has pretty much retired due to health concerns, but a mashup would be cool too!

I love SZA so I’m biased, but I feel like she could collab with anyone and it would be great. She is a singer, rapper and songwriter:

SZA shares a November 8th birthday with Roy Wood of ELO. Listen to this song and tell me you couldn’t hear SZA on it:

It could work, right?? I think this should happen.

I loved Salt-N-Pepa as a young child, and I think this collab would be amazing. Sandra Denton, aka “Pepa,” was born November 9th. Salt-N-Pepa are best known for their mega hit “Shoop:”

French Montana is a rapper who has been around since the early 2000s but has just recently come into major success:

I looked for a mashup of the two but couldn’t find one. I have no mashup skills so if anyone wants to make mashups of any of these, please do and let me know when they are out! I’ll post them here so everyone can hear.

These two are both November 9 birthdays also, so we have another potential 4-way. I just thought this one would be funny if nothing else. Nick Lachey was a member of 98 Degrees, then became a solo artist and TV host.

Sisqo is best known for his hit “Thong Song” which was huge in 2000. Even if you weren’t alive then, you’ve probably heard it on a throwback channel or something:

Since both of these artists were at their biggest point around the same time, I feel like they could vibe off of each other and create something that millennials would love, if only for the novelty. Hell, even if Nick Lachey just covered “Thong Song,” I’d be cool with that.

Both born November 10th, these two very talented songwriters could make an amazing song together. Diplo is a DJ, songwriter and producer:

Eve is a rapper who was big in the late 90s/early 2000s, but is still out working today: Her biggest hit was probably her collab with Gwen Stefani:

Since both of these artists frequently collab with others, I think this would be possible and also incredible.

Neil Young shares a November 12th birthday with Buck Dharma of Blue Oyster Cult. Neil Young is a singer/songwriter who has been around forever and has a ton of hits:

Would this be a good collab? I honestly don’t know, but it would certainly be interesting either way. I usually like when artists from different genres blend together, so I think it could be cool.

I am SUCH a Tevin Campbell stan. I wish he shared a birthday with SZA but he had to be born too late and ruin the collab. If you haven’t heard of him, you’re missing out. This is my favorite song of his:

He shares a November 12th birthday with Omarion, another great R&B artist:

Tevin Campbell needs to return to music, let’s all agree on that. Omarion is currently making and releasing music, so he could help Campbell get back out there and also it would sound amazing.

Listen, I know. But Yanni shares a November 14th birthday with Joseph Simmons (aka Rev. Run) of Run-DMC. This sounds like it could be a fake collab for Saturday Night Live or something, but it could actually be cool. Yanni is a classical singer who was big in the early 2000s (I’m noticing a pattern with these collabs I’m choosing, haha). However, he’s still releasing music today:

Run-DMC was a rap group from the 1980s, but they’ve maintained fame as one of the most influential hip hop groups of all time. One of their biggest and most well-known songs was actually a collab with Aerosmith:

Obviously this group is open to multi-genre collabs, so it’s possible. However, the group broke up in the late 90s and one of the members, Mizell, was murdered in 2002. While Run DMC isn’t a “thing” anymore, I think Rev Run and Yanni could collab and make something really cool.

I am laughing so hard writing this right now. Can you imagine?!? This collab can’t technically happen, since Chad Kroeger shares a November 15th birthday with Russell Tyrone Jones (aka Old Dirty Bastard) of Wu Tang Clan. I normally don’t do collabs if one of them is dead, but not all of Wu Tang is dead so this could still technically happen. Chad Kroeger is, of course, the lead singer of Nickelback:

Nickelback is either famous or infamous for their rock music, depending on who you ask. I think this collab could be interesting if nothing else.

The Eagles & 5 Seconds of Summer

Another one where we have to stretch our imaginations, but I think this is possible. Joe Walsh is the singer/songwriter and guitar player of the Eagles:

He shares a November 20th birthday with Michael Clifford of 5 Seconds of Summer:

Totally different vibes, but I really like both of these bands so I want it to happen.

Carly Rae Jepsen is a singer/songwriter from Canada, best known for her viral hit “Call Me Maybe:”

What do you think of these collabs between Scorpio Musicians? Which ones would you like? Let me know if you have any others that would be cool!

Dolly Parton Autobiography Review: My Life and Other Unfinished Business

An Amazing Journey of Carnatic Music