What You Should and Shouldn’t Copy from Other Singers 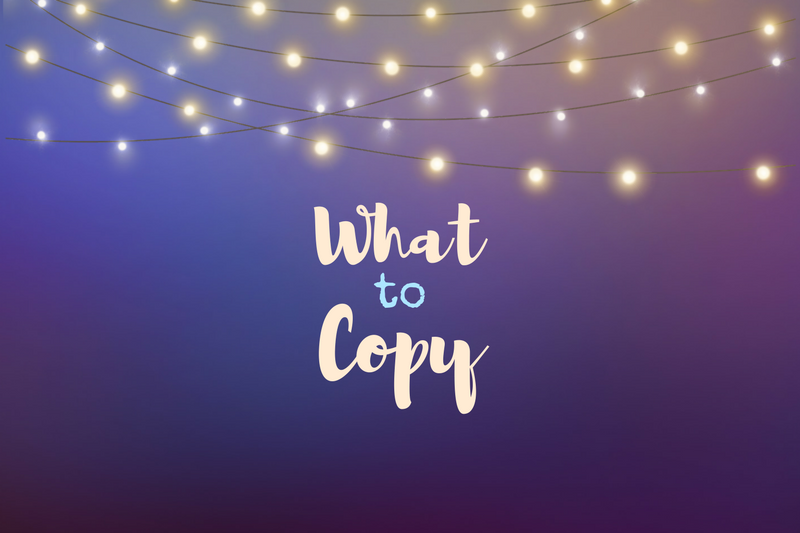 “Copying” another artist is frowned upon, for good reason. I’ve seen famous singers get angry about cover artists who stole their styling of a song, note-for-note. I’ve seen established artists turn their nose up at newcomers who sound or look too much like them. No one wants to be copied. However, we all kind of copy off of other singers to a degree. You developed your vocal style based on your early influences and your current favorites, even though your voice is all your own.

If you’re a new singer or you’re looking to change up your singing style, here are some tips on what is and isn’t okay to copy! 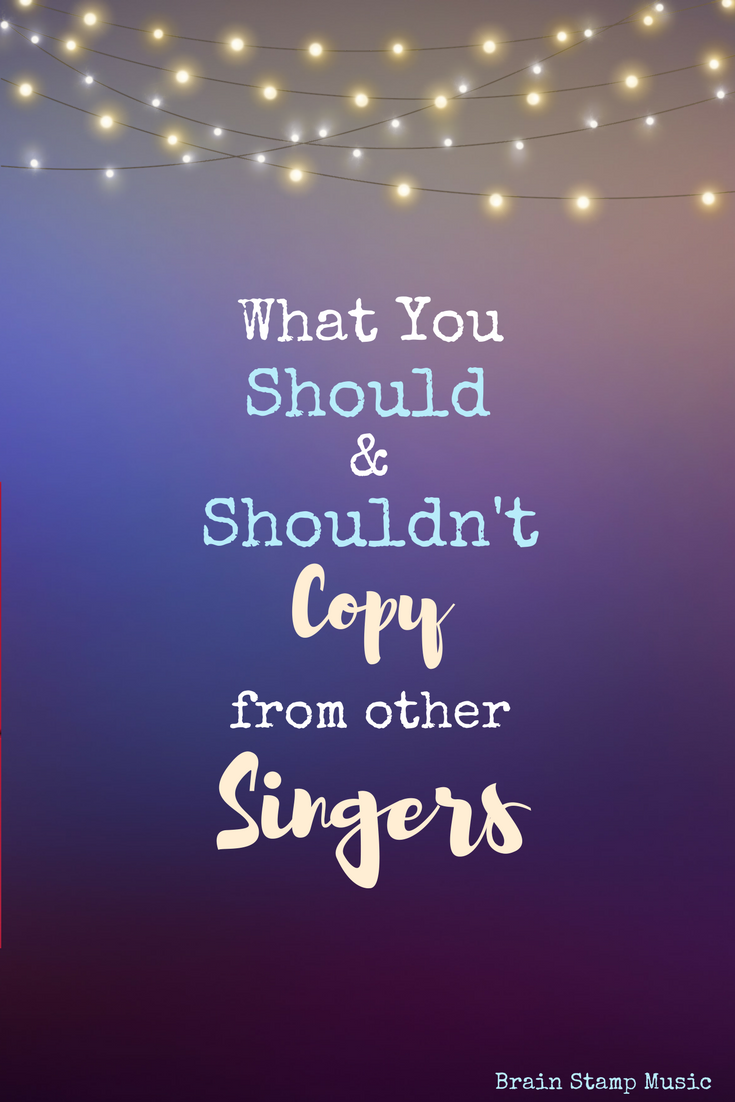 Let’s get the legal stuff out of the way: Never copy someone’s lyrics or song. That’s copyright infringement and you don’t want to get sued. For this post, we’re only talking about singing, not songwriting!

Do Copy: Their rehearsal techniques

Many famous singers share their warmup techniques on YouTube. Felicia Ricci is a great example. She’s a renowned performer and has a whole channel dedicated to helping other singers. Here’s a video of her warmup tips:

Obviously, she’s a talented singer with a great warmup technique. This is something you can copy without guilt! 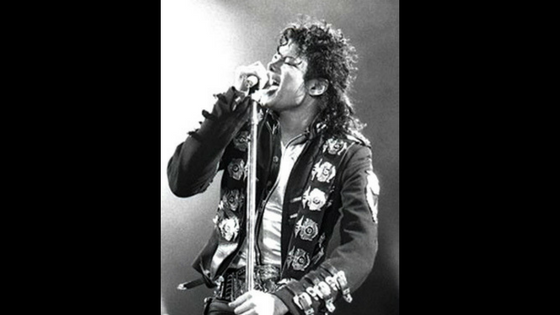 UNLESS you are doing an impersonation or imitation (in which case you definitely should copy their signatures), you don’t want to just blatantly rip off someone’s signature vocal. For example: Michael Jackson and his random sounds he put into songs. You can certainly use them here or there if you feel so inspired, but these are widely known to be Michael Jackson’s style. Using them too much will make people think you’re just copying him.

Do Copy: Their clothing style 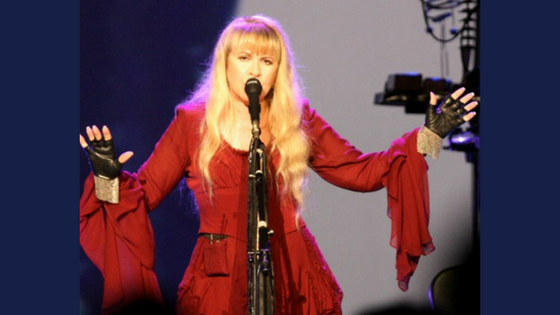 Going for a boho look? Stevie Nicks is a great source of inspiration!

Blatant “copying” of someone’s clothing style is not really that easy (especially if you don’t have a stylist and can’t afford the thousands of dollars they spend on one shirt). So, feel free to use your favorite artists for style inspiration. It’s good to create an image for yourself. Just be sure to differentiate enough to make it your own. Nicki Minaj has been accused of copying Lil’ Kim’s style, as well as Lady Gaga to Madonna, but they’ve done enough of their own thing by now to put a lot of those criticisms to rest. 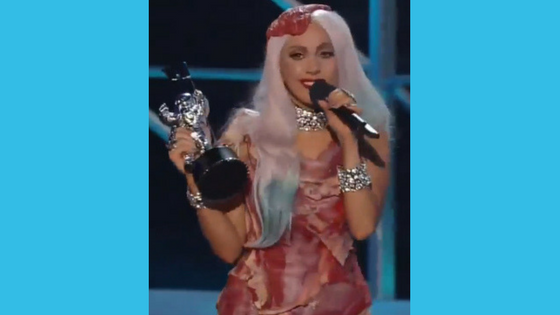 I love Gaga, but this is definitely not a look you want to steal.

Again, unless you’re an impersonator, you don’t want to show up in an exact replica of someone else’s outfit. It’s important to remember that most outfits worn by celebrities are highly styled, worn in great lighting, then retouched before the photos are released. If someone notices that your outfit is the exact same, the comparisons won’t be fair. You’ll be putting a lot of time and effort into finding and recreating an exact look. You could easily add your own flair and make it true to you!

Do Copy: Their inspirations 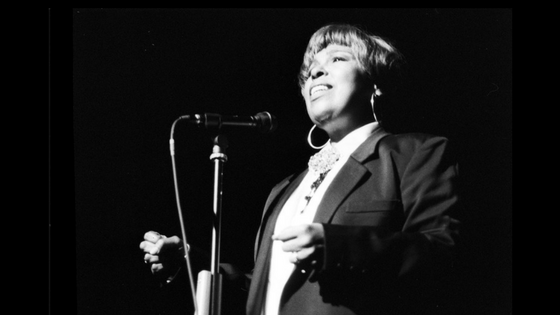 Roberta Flack was an early influence on Whitney Houston 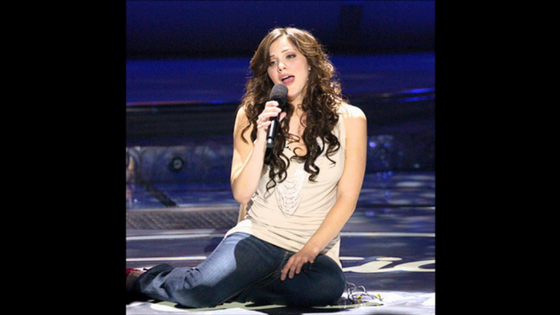 There was an instance on American Idol where Katharine McPhee sang “Over The Rainbow” on American Idol. It received rave reviews, but Jane Monheit fans noted that it was pretty much her exact vocal version.  Monheit herself spoke out about this on her social media, saying it would at least be nice to get credit for that version of the song. You don’t want to put a lot of time and effort into performing a song, only to have it known as a copycat performance.

Another example is Ariana Grande singing Whitney Houston’s “I Have Nothing” at the White House. Obviously I’m biased because I’m a lifelong Whitney fan, but I also love Ariana Grande so I’m not trying to be overly harsh or anything. She has a beautiful voice, she just sang it in exactly the same way Whitney would have. There was no personal styling to it at all. Grande is an incredible vocalist, but if that was the first time someone saw her they would not have the full picture of her talent.

If you’re good at creating new melodies, simply try changing the melody in certain places in your cover. Change the phrasing or even add or remove some vocal runs. If you aren’t sure how to do this, playing with a live instrument almost always sounds different, even if the vocal take is similar. For both of the above songs, their instrumentation was very similar to the original which added to the confusion. See if you can find an accompanist who can work on styling the song differently with you!

Again I want to say: We’re all totally different people, with different experiences and different voices, so there’s no reason for any of us to blatantly copy anyone. Being you is the most important part of your performance! However, if you do want to borrow from your favorites, hopefully these tips will help.

Do you copy or borrow anything from your favorite artists? Do you have something else on your “Do Not Copy” list? Let me know in the comments!

Intonation (and Why AutoTune Isn’t Always a Bad Idea)

Singers on Airplanes: 4 Tips to Keep Your Voice Healthy While Flying