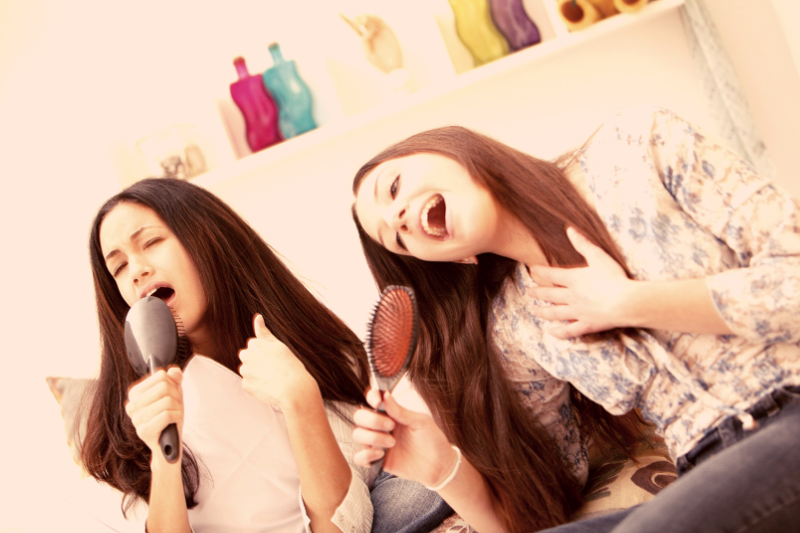 Harsh title, I know, but I have a strong opinion on this so I need you to feel me. I am really tired of hearing this narrative from literally every singer that exists. I’m going to tell you why it sucks, and give you better ideas for a backstory for your next interview or performance. Feel free to modify them for your own use or just steal them if you need to. I won’t be mad, I’ll just be happy to hear something other than the same old thing from everyone.

I decided to make a video about this topic also! Here it is if you want to watch me rant for five minutes:

So first, let’s focus on why “I’ve been singing since I was an infant” is a bad story:

1). Everyone Has That Same Story

Honestly, we’ve ALL been singing since we were young. Even people who don’t sing at all anymore sang as a child. We all did things like draw and paint and sing and dance, because we had nothing else to do and because a lot of schools have kids do things like this.

I was at an open mic once and I counted five people who introduced themselves with something similar. Since we’ve all been singing since we were three, there’s nothing to add to the story. It doesn’t make you memorable and it doesn’t help you stand out.

3). It Doesn’t Give You Credibility

Some artists might say this because they think it makes them seem more qualified. It doesn’t. I’ve worked with so many musicians and songwriters that I can tell you: There are great musicians who have just started a year ago, and there are people who have been doing this for 20 years who are still not great. Think about how many terrible American Idol hopefuls start by saying how long they’ve been singing. It really doesn’t matter. The judges never say, “well your audition was horrible, but since you’ve been doing this for so long, we’ll let you in.”

How many people say, “I’m a fan of Lady Gaga because she started as a young child”? The amount of time you’ve been doing this does not matter to people in the audience. In fact, I would almost say that people would be *more* impressed if you went up there and said, “I’ve been doing this for about 2 months” and then blew people away. You don’t want to lie of course, I’m just saying that the whole “I sang in my mother’s womb” is not that impressive.

Hopefully, this has convinced you to drop this story, or at least made you reconsider. So, let’s think of some newer and better stories to tell your fans.

1). Talk About Your Songs

If you’re at an open mic and don’t know what to say, talk about what inspired the song you’re about to perform. How long did it take to write and record it? Where can people buy it if they like it? This is something that is truly unique to you and your music, so people will like it.

Mandy Harvey went on The X Factor and announced that she’s deaf (although she also did say she’d been singing since she was 4), so if you have some type of obstacle you’ve overcome and you feel comfortable talking about it, go for it. People love a good inspirational story. However, don’t feel like you have to overshare or make yourself uncomfortable. It doesn’t have to be something deeply personal. Maybe you have a funny story about how you came up with the song. Maybe on your way to the venue you came across a van full of clowns and were so terrified you almost hit a mailbox (true story, happened to me). Just say something that will make you unique to the audience.

3). Talk About Your Other Interests

You do more than just music, so people will want to know about it. Are you a great cook? Do you enjoy photography? Is music your side hustle but you have a day job? Anything like that is a great story and helps people know you better.

4). Talk About Your Pets or Family

Getting a little personal will always endear your fans to you (note I said a *little* personal. No need to tell everyone about your uncle’s gallbladder surgery). If you have a pet, people who have the same pet will be excited to hear it, especially if it’s unique like a hedgehog or chinchilla or something. If you have kids, people will be interested in hearing about it. These are things that are specifically unique to you, as no one else has your exact family. Bring us into your life a bit more and you’ll have closer fans!

This would also be a way to mention your “I’ve been singing since I was 3” story. Is your dad a musician and the reason you started? Are you the only musician in your family and they’re baffled that you do this? Those are good stories, share those!

Whenever I’m performing, I scan the news for interesting stories to tell. You can work in some audience interaction by asking if they’ve heard of it, or make a joke about what’s happening. Ask them if they heard about China’s social points system, and how low your score would be. Ask them if they’ve heard about how Justin Bieber and his wife waited until marriage to have sex, then ask if anyone cared or needed to know. The choice is yours!

I would advise you to steer away from overly political topics here, unless you want to actually start controversy or make some people angry. You do you, but personally I stay away from the Politics section and head for the Entertainment or World news section.

This is also a good idea because if you hear about any tragedies that happened that day, you can mention your well wishes or even dedicate your performance to the victims.

Obviously you’ll want to approach these things differently. When performing, you only have a few seconds to introduce your song, so please don’t waste it by telling us the same backstory!

When writing your biography, you should include your musical history, but I still urge you to find something else to say. Hopefully the reasons above have convinced you. If you need some examples, here is Bandzoogle’s bio article. Dave Ruch picks apart an artist bio here, and Musicians Way has a post about bios that inspire.

If you need help writing your bio, let me know! I’m happy to review and give tips, and I also coach singers professionally. We can create something fun and interesting together!

An Interview with Sophie Rose Page