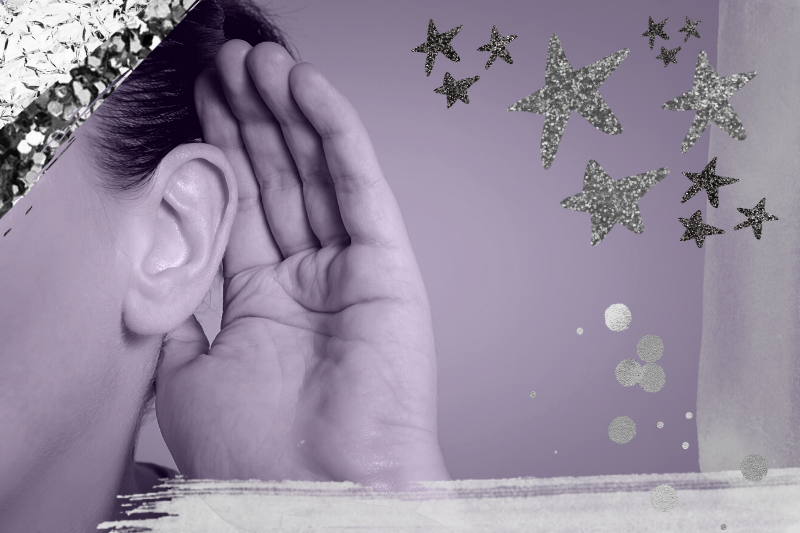 Subliminal messages and the conspiracies behind them have been around forever. If you want to get a conversation going, subliminal messages are a great starter. Even if people don’t believe them, they’re bound to enjoy talking about them.

I strive to be honest here, so I’m just going to say it: I think the concept of mind control using subliminal messaging is batshit.

That being said, some artists DO use subliminal messaging, so we’re going to discuss those here. I’m also willing to admit when I’m wrong, so if I find out that the government actually is using Justin Bieber to make us all vote for Satan, I’ll correct this post.

If nothing else, subliminal messaging is fun to talk about, so let’s talk about it!

The most common form of subliminal messages in songs is that when you play them backwards, they have a different message.

The Beatles experimented with this, only to be plagued by it for years afterward. The BBC has a great article that goes into detail about this. What started as artistic experimentation turned into fans claiming that Paul McCartney was dead and that there were clues in the songs when played backwards.

I just….I mean, why? If The Beatles were really trying to cover up that Paul McCartney was dead, why would they have any clues of it anywhere?

In 1995, The Beatles again purposely put words in backwards on a song. McCartney said, “We even put one of those spoof backwards recordings on the end of the single for a laugh, to give all those Beatles nuts something to do.” It was on John Lennon’s “Free as a Bird,” written in 1977.

And look, you can say “of COURSE The Beatles deny it, they want us to fall for it!” But again…why? What’s in it for them?

Subliminal messages work, in the sense that they create a ton of attention and get a lot of free press. If you’re an artist trying to get noticed, I highly recommend putting something like this in your songs, or at least alluding to it. Maybe make it a contest or something. If people can guess the hidden message, they get something free.

There are no current studies proving that subliminal messages do anything. There are plenty of self-hypnosis videos out there that claim to work, such as this one:

It says it has “Instant Results,” so I listened to it. I don’t know what the results were supposed to be, so I guess I can’t confirm or deny them (funny how that works, huh?)

Note: apparently I didn’t use a booster along with this. I had never heard of it or seen it (and despite what people say, I do in fact research these posts) but just so we’re clear: You should use Boosters with Subliminal Messages. Here is info on what they are. Since I didn’t do that, I guess that’s why I got no results.

There are several methods to create subliminal messages:

This is obviously the most common one, also known as “Backmasking.” If you want to make this, simply record your message, then use your DAW to flip it around. Every DAW is different, so you’ll want to look up how to do it on yours. I use Logic Pro X, and it’s pretty simple (double click audio, File, Reverse).

This one involves speaking or singing your message directly, then layering music or sounds over the top of it. Supposedly, the message is still received by the brain (but again, nothing has ever proven that). Here is an article on how to make your own.

3). Don’t Actually Do Anything, But Claim to Have Done It

The thing about subliminals is that people will try to find them even if they’re not there. If you have an album that’s been out for a while, you can make a tweet right now that says you put a subliminal message in it. No one can prove you didn’t, and people will try to find it. Is it shady? Yes. Is it also fun? Yes. Do I recommend it? Eh, depends on whether or not you want to deal with the people that will come out of the woodwork to figure the messages out. If they DO think they found something, you might have to deal with the repercussions of that.

As mentioned with The Beatles, some artists do this blatantly. A great example is Missy Elliot’s “Work It”:

The chorus is “Put that thing down, flip it and reverse it” and then the reverse of that line plays. This is not really “subliminal,” but people thought it was, because of course they did. SHE LITERALLY SAYS WHAT THE LINE IS before reversing it, but people still thought it had to be some kind of Satanic Illuminati thing.

Mindless Self Indulgence wrote a whole song about people who look for subliminal messages, called “Backmask”:

The song’s subliminal messages are things like “eat your vegetables” and “respect your parents,” clearly meant to be a troll to people who look for this stuff.

Franz Ferdinand put the phrase “She’s worried about you, call your mother” in their song “Michael.” Here is the whole song reversed:

I really do not like the sounds of music played backwards. Not because of any subliminal messages; I just don’t like how it sounds.

Franz Ferdinand said that they purposely added this message to “do the exact opposite of Satanic backmasking” and add something wholesome.

Wikipedia has a huge list of backmasked songs here, but it doesn’t always clarify which ones were on purpose. Now let’s talk about ridiculous messages people claim to have heard:

Backmasking hysteria started with Christian fundamentalists in the 1970s, claiming that popular bands such as Judas Priest, The Eagles and many others had demonic messages played backwards in songs. I guess people weren’t sinning as much and they didn’t have enough to complain about, so they had to get creative.

However, reversing audio has been around literally since recording was created. Thomas Edison, inventor of the Phonograph in 1877, noted that music in reverse sounded “novel and sweet.” I do not agree. To me it just sounds like a mess, and to other people it sounds like Satan whispering orders to impressionable children.

Again, here’s the thing: If artists wanted children to secretly follow Satan, why would they do it with a method that literally everyone knows about? Plus, there are plenty of actual lyrics talking about terrible things, so hiding messages isn’t even necessary.

Justin Bieber in “Baby” was supposedly saying “We’re going to bomb these banks, Satanic new world order.” Ok. I really want to convey a message to concerned parents out there:

Your Brain Constantly Searches for Meaning

Our brains are always trying to make sense out of every sound. You might hear a melody when a fan is on, for example. Your brain is trying to process sounds that don’t make sense, and it will create messages out of nothing.

When someone tells you that a song says something, your brain starts to accept it and hear it.

Someone did the work for you and “made sense” out of a stew of sounds. Now your brain doesn’t have to work as hard, so you can relax and listen to the “secret message.” Even if the message doesn’t *REALLY* sound like what you think it should, it fits your brain’s need to make things make sense.

Your Brain Will Typically Find What It’s Searching For

Ever notice how Christian Fundamentalists only hear messages about Satan, and never, say, a recipe for meatloaf? They’re searching for something specific, so of course that’s what they find.

Shane Dawson, one of YouTube’s most popular stars, made a video about songs with subliminal messages. He seems to take it seriously, but I don’t know if that’s just for the video or what:

While watching this, I noticed that if I didn’t already “know” what the song was supposed to say, I would have no idea what the hidden message was. I decided to put this to the test with my own songs. I knew I hadn’t written any subliminal messages in them, because a). I’m not smart enough and b). I haven’t signed a contract with Satan to lure young children into Hell. Still, is it possible that Satan crept into my songs when I wasn’t paying attention? I had to find out to be sure:

In short, no, Satan did not inspire me to do anything subliminal. Your kids are safe to listen to my album without risk of corruption (although I’m not promising they’ll enjoy it). So, to recap, here is my overall point:

Subliminal messages *ARE* real, but the ones that are there are put there on purpose by the artists, in an attempt to entertain or troll people.

Weird Al put “Satan Eats Cheese Whiz” in “Nature Trail to Hell.” This was one of very few subliminal messages that actually mention Satan, and it was done as a direct response to troll people. Also, of course Satan eats Cheese Whiz. Who doesn’t?

What do you think about subliminal messages? Let me know in the comments!

Leo Musicians with the Same Birthday (so They Should Collaborate)

How to Write an Awesome Ballad: 4 Tips for Songwriters Who Love Ballads