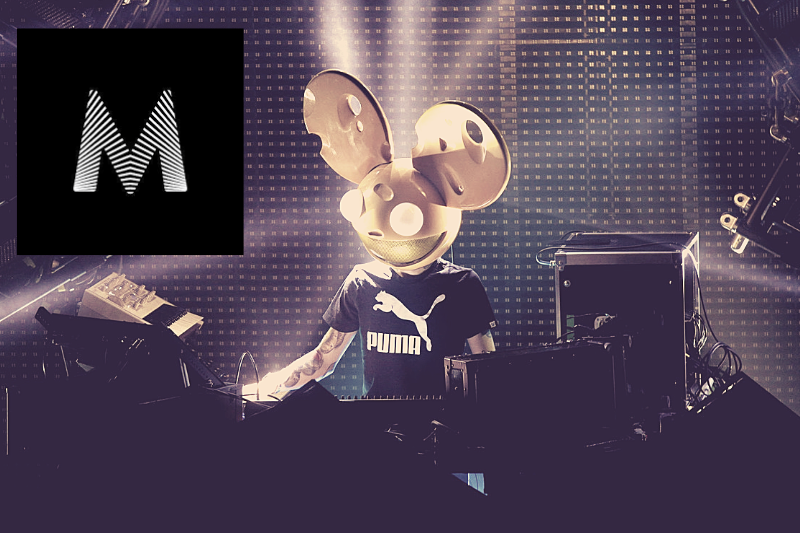 I have a new project, the Deadmau5 MasterClass! I’ve previously done Christina Aguilera’s (see here) and Reba McEntire’s (see here), so I’m excited to start this new one!

I’m in a weird spot with my projects right now. My DNA project (where I research the musical history of my ethnicity results, see here) is ongoing, but the research takes a lot of time so I can’t put out regular content. So, I’ll be doing both projects simultaneously. Mondays will be “MasterClass Monday” and every other Wednesday will be my music history posts. Let’s get started!

Before we begin, I just need to let you know that MasterClass is an affiliate of mine. This means that if you decide to take the class through me, I’ll make a small percentage of your class fee. It doesn’t cost you any extra and it helps me do these in-depth reviews! My links are at the end of this post if you’re interested.

If you’re taking the class, please let me know so we can discuss our progress together!

I wondered if he would teach the whole class with the mouse head on, but sadly he kept it off. The first thing Deadmau5 says is “part of being original, part of having a sound is being able to create music…that can’t be re-created.” I found that interesting because it’s pretty much the opposite of singing. We want to create vocal arrangements that people can re-create and sing along. This information is interesting and also intimidating; I wonder if I’m in over my head.

The next lesson dives into his inspiration. He says that, in his opinion, there is no storytelling or emotions in EDM. It’s all very subjective and you’re not trying to make anyone feel anything. Again this is the opposite of what I normally do, so I’m not sure if it’s too late to stop this and do something else. I’m really intrigued though so I forge ahead.

I don’t know how old Deadmau5 is, but he seems like an 80s or 90s kid. Most of his tattoos look like retro video games and he says he has a “Mr Potato Head” bin of sounds. Do Gen Z kids know what Mr Potato head is? I’m a millennial so I’m already out of touch. DeadMau5 says he keeps a file of cool sounds and rotates through them to use later. I kind of do this with songwriting. I have a book full of lyric ideas that I can’t fit into anything, and a ton of dusty old Logic files with rough melodies. Maybe I’m not so unlike Deadmau5 after all!

This is one thing that IS similar to songwriting – you want to use repetition because it keeps it memorable. He says if you have 4, 8 or 16 bars, you pretty much have a whole song and the rest is just arranging it.

He also says that good producers will copy what other producers are doing, which is good news because I plan on copying him quite a bit. I HAVE NO IDEA WHAT I AM DOING so bear with me. He specifically mentions copying nine inch nails, so he’s definitely an 80s kid. He said EDM used to be very happy and upbeat and he decided to make it more dark and melancholy by using Nine Inch Nails melodies and that’s how he differentiated himself.

EDM is not really about collaboration and Deadmau5 says that he only rarely collabs with people if they can add something that he can’t.

I’m just saying, Deadmau5…if you need a female topliner, hit me up.

Ahem. Moving on. The rest of this lesson is about mindset and dealing with self-doubt and struggles which is important but I feel like it’s something you would want to hear directly from him.

Deadmau5 uses Ableton Live, which I know nothing about. However most DAWs are similar once you get used to them (I have a post on them here if you want to see it). I just need to figure out how to translate it into Logic. He starts with a root note and goes from there.

We watch him mess around with the computer a bit and it’s kind of frustrating they didn’t edit it out. Maybe they wanted to show us his whole work process? But it’s kind of like watching your dad try to show you how to use Excel spreadsheets. Just call me when it’s ready, dad. I don’t need to wash you try to remember your computer password.

He does mention that you just have to get familiar with your own DAW, which in all fairness is not something he can teach. I’m very familiar with Logic, but only in the specific functions I use it for which is writing and recording vocals. Programming electronic music is a new world so it’s going to take me some time to figure it all out.

I will say if you’re using Ableton Live, you should follow along with him and that might help you figure it out. For the rest of us, watching this lesson might be an exhausting 17 minutes, but it’s important to see how he does it and then do it yourself in your own DAW.

I’m still slightly intimidated but I think I’ll at least know more about EDM music by the end of this, which will definitely help some of my clients. I’m going to spend some time with Logic and see what I can create!

Here is my video on the class this week:

And now, time for my shameless affiliate plugs!

MasterClass makes a great gift for the person who has everything. If you have a musician in your life who would like the class, you can buy it for them here!

I use the MasterClass All Access Pass. If you plan on taking two or more classes per year, this is the way to go. There are so many great classes and I plan on doing as many as I can! Check out the All Access Pass here!