What to Do if No One Comes to Your Concert 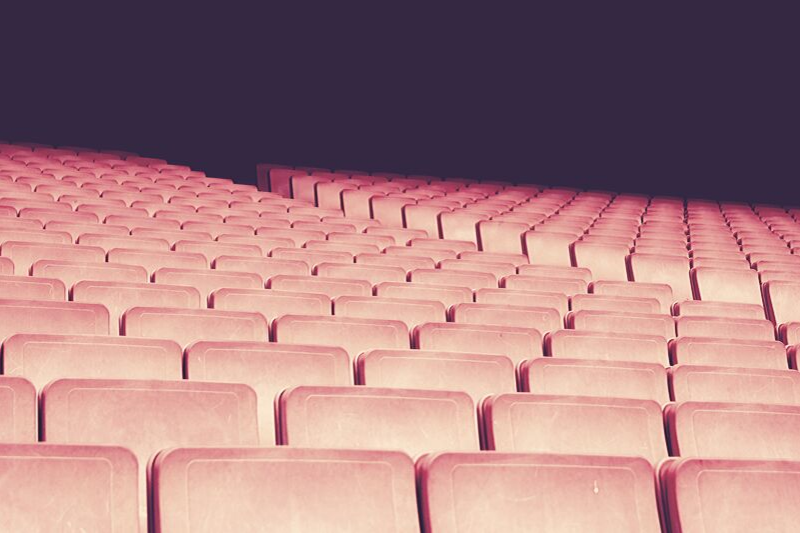 It’s every musician’s worst nightmare: You’ve spent MONTHS promoting this concert. All of your closest friends and family promised to be there. You even had 40 confirmed “yes” on your Facebook event! And yet, when the time came for everyone to show up…you played to three people. Casual barflies who would have been there anyway. Granted, they said they enjoyed your show, and you might have gained three new fans, but STILL…why didn’t anyone show up? And how do you deal with the disappointment?

I’m going to give you some tips on how to handle things when your show is full of no-shows. It’s something I’m sadly familiar with, as are many musicians. Let’s get into how you feel about it, how you can handle your feelings, and how you can prevent it next time:

Playing to an Empty Room

Instead of writing an article about “how to get a ton of people out to your shows,” I decided to focus on this aspect instead. There are articles on the former and you should definitely look it up to help you next time! For now, let’s look at what to do when no one comes to your concert:

1). Do Not Take it Personally

Seriously. Re-Read that statement. The fact that people didn’t show up is *not about you.* If they hated you enough to purposely tell you they were coming and not show up, they’d be a lot more obvious about their hatred (and that’s honestly sad for them, tbh). Things happen. Life happens. Think of any event you really wanted to go to, but it was just so far or you had a long day or you got sick or whatever. Things happen. It doesn’t reflect how good or bad your band is. Trust me.

2). Do Not React Immaturely

Passive aggressive posts are not your friend. If you post something like, “Really would have been cool if ANY OF OUR FRIENDS had shown up last night” you just look sad to the rest of your followers. I would just ignore it altogether, but if you do want to confront your friends or family, keep it professional. Your band is a business, so treat your friends like customers. You wouldn’t scream at them for not coming to your store, would you? Just send a friendly “hey, we missed you at the gig last night! Hope everything is okay!” Again, I wouldn’t do this because it seems like you’re fishing for excuses. But if you must post something, make it only that. No self-pitying, no passive aggressive anger! Keep it civil and professional, and remember #1.

3). Focus on the Positive

Did you nail that guitar solo? Did you make it through a full set without straining your voice? Those are huge accomplishments! Celebrate that fact. No one needs to be there to make it worth your while if you had something to gain out of it. Remember, it’s better to give an amazing show to 3 people than a terrible show to 300 people. Also, consider how many people told you they would come. That’s how many people WOULD have come, had the circumstances been better. Which leads me to #4…

4). Plan for Your Next Concert

Think about everyone who said they would come. I’m sure you know that some of them had legitimate excuses to not come. How can you help them make it next time? Do they need more reminders? A ride to the concert? A babysitter? Think of how you can help them make it to your next show. You’re not responsible for them being there, but if you can help in any way it will make your next gig more populated. Also, a good idea would be to play at local open mic nights before the show. Mention your upcoming gig, then wow the audience. You’ll get more people interested and more people will at least think about coming.

We’ve all seen the implausible movie scenes where a completely unknown artist wows a packed crowd at an underground open mic night in a dive bar, and they’re signing a record contract the next day. THOSE ARE NOT REAL, YOU GUYS. Seriously, let’s all take a minute and scrub our brains of this repeated and untrue scenario. No one goes through this. Any time you read an article stating that this happened, it is not true. It’s a story created by a celebrity’s PR team, to convince you that this new artist is truly groundbreaking.

6). Thank Those Who Came

Even if you didn’t know anyone at the venue, thank the sound guys for doing their job. Thank the 3 people who sat and listened. Thank the bartender or whomever. They allowed you to have this experience, and thanking them and being really cool might make them a fan. Hand out your business cards (don’t have those? Here’s why you should!) and ask them to check out your website. I know it’s tough because you’re disappointed and upset, but put your game face on for a minute and chat up the people who were there.

Overall, it’s just so important to let go of your disappointment and move on. If you’re struggling with self-doubt, here is a post on that (link). If you need a few days to be sad or mad, go for it. Just avoid the social media posts and try not to take it out on anyone, including yourself.

You’ll have a lot of shows as a musician, and some will be better or worse than others. It happens. By the time you get to selling out venues and booking a tour, you’ll have played to plenty of small or non-existent crowds. Think about that and put your focus on the future!

Just to prove that this has happened to me before, I’ll tell you one of my most embarrassing concert stories:

I was opening for a pretty big local act. I invited everyone I knew and was told by many people that they were coming. Also, I was excited to open for the main act, because if they liked me they might have me back. There was going to be a talent agent there who represented the band and she wanted to see me perform. I was stoked, and also really nervous.

I should have been more nervous that no one would show up, because that’s exactly what happened. My band and I were ready to go and the venue manager yelled to the bouncer to “open the door and let people in.” He turned and said, “the doors have been open for 10 minutes, there’s no one here.” It was embarrassing and the tone of the bouncer’s voice made it much worse, like he was making fun of us. So, I did the only thing I could do: I sang my ass off. I had fun. I treated it like a rehearsal, because what else could I do?

The opening act showed up long after we were finished, and by the time we finished tearing down, a huge crowd had appeared to see the main act. On my way out the door, the talent agent stopped me and sort of half-assed apologized for being late, but she didn’t seem to really care. I thanked her for the opportunity and left.

I’ve had many great shows also. I’ve played to standing-room-only venues, and I’ve played to a room with only a few people at first but quickly became filled by people walking by (the best type of gig, in my opinion).

I just want you to know this because it happens to everyone, so don’t feel bad! It’s a learning experience and just the fact that you booked and played a gig is awesome. Hold onto that and use it as motivation for next time.

Have you played to an empty room? What were your thoughts? Let me know in the comments below!

The Creative Freelancer’s Guide to Revisions

The Libra Musician: How Your Zodiac Sign Affects Your Music