Whitney: A Totally Biased Review From An Obsessed Fan 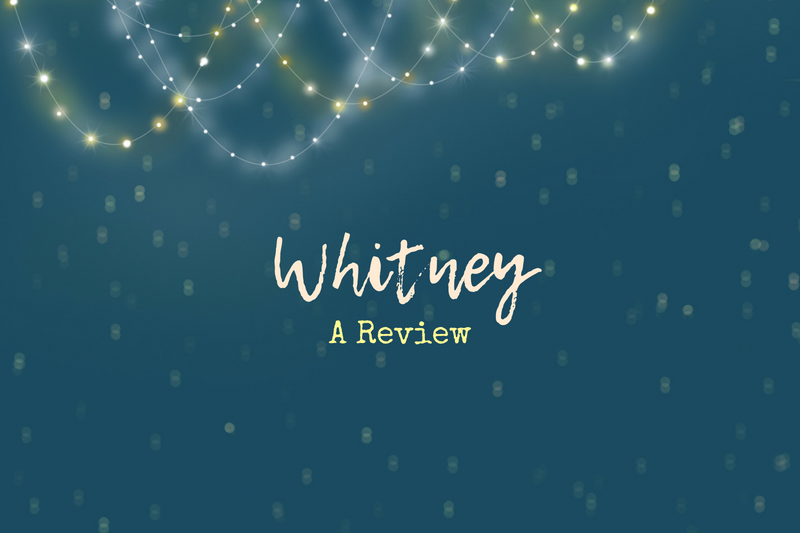 If you’re a regular around here, you’ll know that I am a huge, huge Whitney Houston fan. I wrote a whole post about how she shaped my career here, and I listed all 126 of her songs from my least-to-most favorite here.

When I heard there was a new documentary coming out, I could not wait. I had the day marked on my calendar and scheduled my work around seeing the first showing. I had plans to write and release a review that same day, but a lot happened around that time. My grandma died, and I considered not going to the movie. I debated and thought maybe it would be good for me. I could get out of the house and focus on something else. (Side Note: While cleaning my grandma’s house, I found an envelope full of Whitney Houston pictures I’d cut out of magazines when I was a kid, haha).

Since I didn’t write my post in a timely manner, there are now dozens of reviews posted already. You can find great reviews here in Variety, and here in Vulture. Instead of giving you a similar story, I’d like to instead tell you a completely biased review from a fan who would love this movie whether or not it was good. Is it good? Yes, in my opinion. Others have their opinions, but do they have envelopes of photos of Whitney from 1994? Do they study her with as much terrifying intensity as I do? Probably not. So, let’s go through my thoughts on this movie: 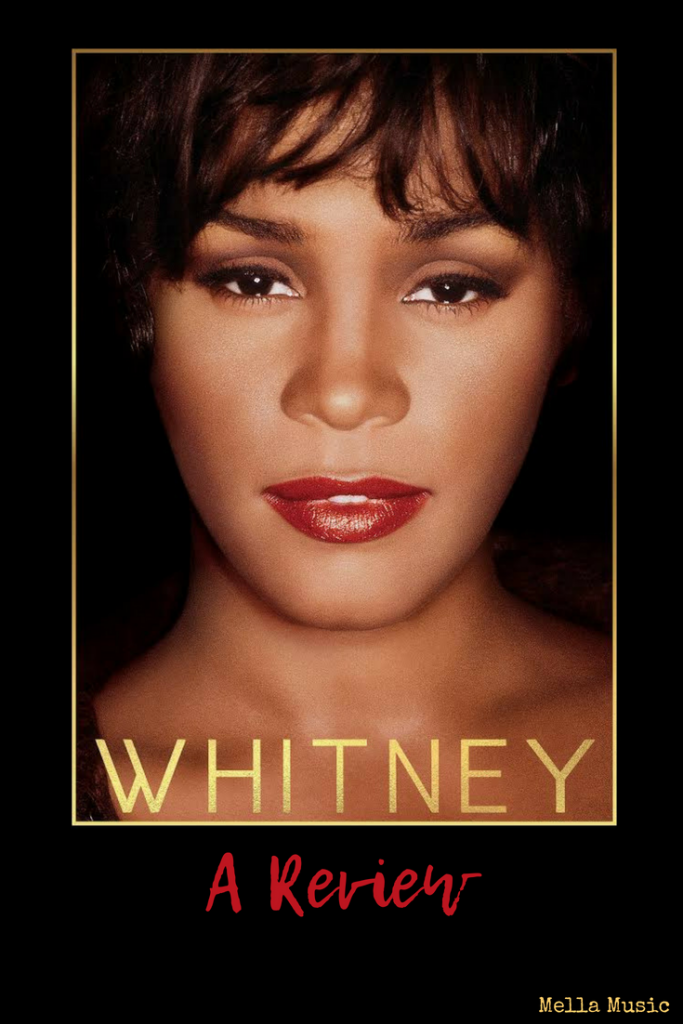 Shots of Whitney’s beautiful face and voice are spliced in with scenes of riots in New Jersey. It’s a stunning opening scene and a voiceover from Whitney states that she remembers this time and this riot, when it happened in the 60s.

Her childhood is discussed in great detail: how she was bullied at school for being talented and for being lighter skinned, how she wanted to rough house with her brothers, how her mom pushed her to be the best singer she could be and they would often fight. Her father was discussed, about how he was “an opportunist,” with even his own sons admitting that he was not always the most honest or forthcoming when it came to business. This is reintroduced later, when he became her sole manager after Robyn left. He allegedly stole money from Whitney, then sued her for $100 million. Whitney did not attend his funeral.

It was revealed that Whitney and her brother were molested by a relative. This hit close to home and was tough to hear, so I won’t talk about it at length but if you want the information, it’s out there. I can’t speak about this very much.

I already know most of this part. She was already famous when I was born, but I have a self-earned PhD in Whitney Houston’s career. What bothered me about this movie (and every movie I’ve seen about her) is that they focus heavily on The Bodyguard and not at all on The Preacher’s Wife or Waiting To Exhale. Those two movies were not even mentioned in this film, as if she had never done them. The music from that time period deserves to be recognized, if not for her acting also. The Preacher’s Wife soundtrack is one of the best selling gospel albums of all time, and her three songs in Waiting To Exhale rank highly on my list.

Whitney has a big family and most of them were on her payroll. Her brother talked about how she put them all on a salary, even when they weren’t doing anything for her.

We all know about Bobby Brown and the marriage, and the film doesn’t shed any kind of new light or perspective on that. It does, however, look at Whitney and Bobbi Kristina’s relationship in a new way: That Whitney did love her daughter, but not as a mother should love a child. She kept her from growing up with other kids her age, so Bobbi had to grow up fast. There’s a heartbreaking interview with Bobbi Kristina’s caretaker when she breaks down into sobs in the middle of talking about her. Other interviewees state that Bobbi “hated her mother” and even talked about wanting to kill her.

Cissy Houston has a very short interview at the beginning of the film and we don’t see her for the rest of it. It does mention that both she and Whitney’s dad cheated on each other during their marriage, and Whitney did not want to have a relationship like theirs. It is intimated that that is why she stayed in her marriage to Bobby for so long.

We all know this part, so I’ll save the details. It’s just so heartbreaking, no matter how many times I watch it. Whether I’m in a movie theater or in my bedroom watching on my laptop, it’s so hard to see my hero fall so tragically.

A label exec talked about trying to make an album with her, and they only did two songs in three months because it was so difficult to get her to come to work. She told him she “didn’t sleep more than 45 minutes” the entire time she was there (over two weeks).

Her assistant breaks down the final moments. Whitney asked for a cupcake with sprinkles. She told her to “get two but I’ll only eat one.” She left her in the bath and went to get the cupcakes. “I wasn’t gone more than 30 minutes,” she says as tears spill down her cheeks. Tears spilled down my cheeks as I watched that day play out again. The death of Whitney Houston. How is that even possible? How can someone like her be mortal? When I got the text from my friend telling me she was dead, I wasn’t shocked, but I was still so terribly sad. I’m still so terribly sad.

Overall, you should definitely see this movie. Everyone should. Everyone should learn as much as they can about the great talents that we’ve had for the short time we’ve had them. You’ll sing, you’ll cry and you’ll be inspired. Well worth the few hours of your time.

My Interview with Voices Podcast is Live!

Want to Learn How to Be a Session Musician? Work With Me!