Why Everyone Should See “The Girls in the Band” on Hulu 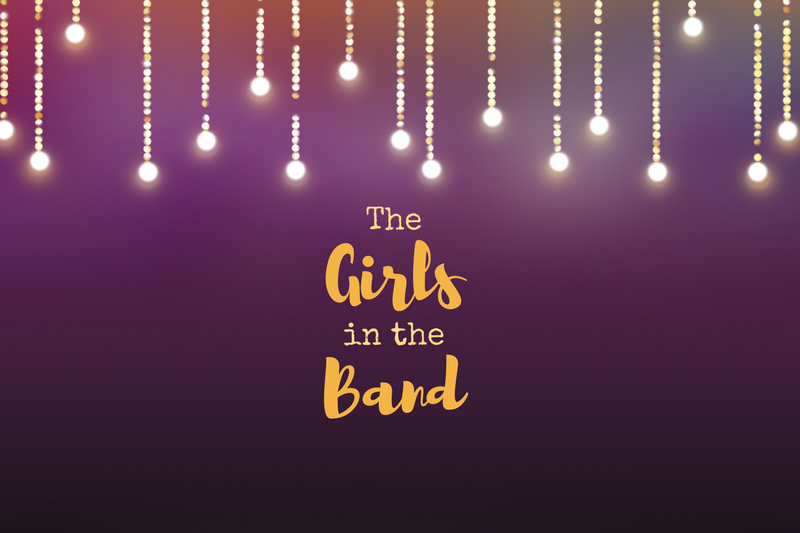 I’m a big fan of documentaries and memoirs; all the more so if they are about musicians. The Girls in the Band is an incredible documentary about female instrumentalists in big bands. It’s currently on Hulu, and everyone should see it. This movie explores racism, ageism and sexism in the music industry, through interviews with women about their experiences. 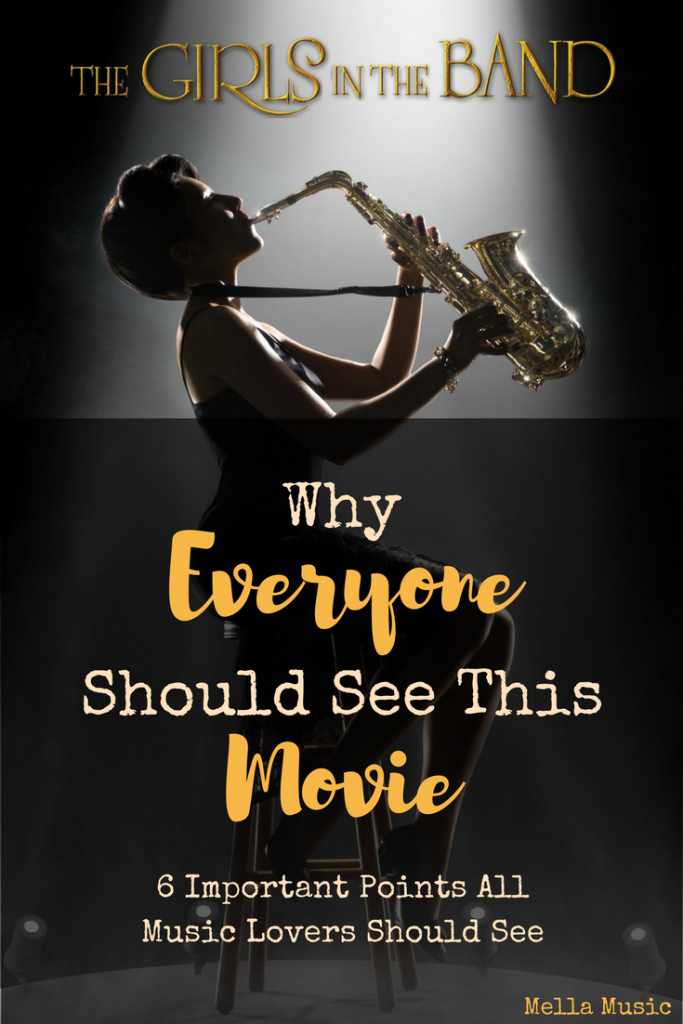 I grew up with my dad’s parents, who were big band enthusiasts. Miles Davis, Benny Goodman, and Glenn Miller were three of their staples. As for females, they were all singers: Judy Garland, Billie Holiday and Ella Fitzgerald. I don’t ever remember seeing a female instrument player in any of the bands, but I always wondered if there were any. It turns out, there were plenty, and they were working hard to get any recognition in the music industry.

There were so many women interviewed in this that I’m sure I’m missing some of them. I’m terribly sorry to those women and their families because they absolutely deserve recognition. My hope is that you’ll see this review and watch it and learn about these amazing women yourself.

The Most Important Points of “The Girls in the Band”

Most of the women say that this was their most common compliment. Men didn’t want females in their bands because they felt they played “frilly” notes (what does that even mean?). Another common compliment was to call a talented woman “the female (insert male name here).” One example was Viola Schmitz Smith, known as “the female Gene Krupa.” I don’t understand why they couldn’t call Gene Krupa “Viola Smith with a penis,” but ok. Here is a video of her killing it on the drums:

According to Smith, there was a strict dress code for the band. “We all had to wear long hair and could not have saddle shoes.” You couldn’t wear saddle shoes or “you must be gay.” They then cut to shots of many women wearing saddle shoes. I don’t know if that’s a quick wink to all of the gay ladies, or they’re just showing us that many women wore them anyway?

The ladies said that men could have white hair, glasses and be 300 pounds and it didn’t matter as long as they could play. Women had to be and look like starlets. THANK GOD TIMES HAVE CHANGED, AMIRITE?

Peggy Gilbert, a saxophone player, says that women were told to “smile” while playing. “How could you smile with a horn in your mouth?” she asks. When the war came along and all the men were gone, she got a lot of work. When the war was over, they were immediately fired and replaced by the men. An article came out about how bad female musicians are and that they should “just stick to ironing.” I couldn’t find a video of Gilbert playing, but here is a song of hers:

Roz Cron, who played saxophone, clarinet and flute, said she was told to wear “this god-awful pink thing. I was mortified. I’m a professional!” The International Sweethearts of Rhythm asked her to join them. She was told “it was a colored’s band” and she didn’t care. (She seems like a really cool lady, so I’m hoping she’s just using the words given to her at the time?) The fun ended when they started playing in the south. Roz didn’t know who Jim Crow was and “hadn’t heard anything good about him but guessed she would meet him.” She ‘tried different face powders’ (blackface) to blend in so that no one would have a problem with integration. “Such a hateful time,” she said, looking away through tears. The black servicemen in the war were so excited about a black female band that they asked them to come to Paris. They did. “We met the most wonderful men, white and black,” Cron said.

I don’t have any solo videos of Cron either, but here’s a video of the International Sweethearts of Rhythm:

I’m sure it goes without saying that black women faced (and continue to face) racism everywhere. Clora Bryant, who played trumpet with the Prairie View Co-Eds, said that traveling in the south was terrifying. They could not stop at gas stations because the owners would run out with guns and tell them to move on. She performed on a TV show, and although she didn’t have a solo, the show got a lot of calls to “get the N***er off the stage.” She says it very matter-of-factly. She remembers every note of her first solo and sings it readily. Dizzie Gillespie was her mentor. She has a giant painting of him on her wall. We are treated to videos of her playing and holy god, she is stunning.

Again I couldn’t find a video of her (all the more reason to watch the movie!) but here’s an audio clip of her singing and playing:

Mary Osborne was known as “one of the best guitarists of all time” until she gave up a TV show to move with her husband to Bakersfield and raise two children. Now, there is nothing wrong with that, per se. But it was told in a way that made it seem like that wasn’t entirely her decision. Here’s a quick video of her:

Lil Hardin Armstrong played the piano and sang, but was best known for being married to Louis Armstrong. She wrote “Just For a Thrill” that Ray Charles, Aretha Franklin and others covered years later. She died while playing piano. One of her friends stated, “what a wonderful way to die.”

Melba Liston played trombone and arranged music for bands. Band members couldn’t understand why anyone would bring in “that bitch” all the way from the west coast, until they saw her arrangements. She eventually quit and went to teach music in the West Indes. I can’t imagine why; it seems like things went so smoothly for her…

Every one of these women deserves her own story. It doesn’t feel like they got justice cramming their entire story into the 10 minutes they got. They all seem to know each other (music has always been a relatively small world and since they’re such a small group to begin with, this isn’t unexpected).

In the 70s women started asserting themselves in all fields, which led to jazz as well. Women rarely got featured in jazz festivals anywhere in the world (GOOD THING THAT’S CHANGED) so they created a women’s jazz festival. It was supposed to be a few hours but turned into a 3-day festival. At this point, the newer up-and-coming jazz musicians got to play with the seasoned veterans. Mary Lou Williams performed, as well as Melba Liston. They also reunited the International Sweethearts of Rhythm.

Patrice Rushen, known for her single “Forget Me Nots,” is actually an accomplished jazz musician. Her drummer is an amazing female named Terri Lyne Carrington who began playing at the age of 9. She got her union card when she was 10. She claims she got nothing but support from the jazz community. Both she and Rushen feel that their reception in the music industry was made possible by the work the women who came before them.

Nedra Wheeler plays stand up bass and she’s hilarious. She talks about an old guy who didn’t want to pay her because “no one told him she’s a girl.” She impersonates him and I really hope he’s seen the film if he’s not dead. She wants to thank the females who came before her. “Hopefully every note that I play, represents hey, I know that you maybe had to go up to someone’s bedroom to collect your paycheck. I’m thankful I didn’t have to do that.”

I don’t notice any type of competition or ‘cattiness’ (ugh, I hate that word) between any of the women. They all seem very supportive and uplifting of each other. I really feel like pitting females against each other is something the media does and encourages. I think it makes for better stories but also reinforces tired stereotypes.

The end of the movie is all these incredible women meeting and reuniting, and if you’re not crying then you have no soul because it’s amazing and empowering and uplifting and BRB, I’m going to go buy a saxophone.

This movie really highlights the fact that when women succeed, we all benefit from it. Imagine if any of these brilliant jazz musicians had been given their rightful place in the music industry? We all would have benefited from their talents. We all would have gained something through their success. There is literally no reason to discourage it. This is something important to consider going forward.

This is such an important film for women and girls because it’s important to see that yes, women can (and have) play instruments. It’s equally important for men to see, for the exact same reason.

So, what do you think? Have you seen the movie? Did you love it as much as I do? I’d love to know your thoughts! Here is a link to the movie website if you want to see more info!

Why Every Musician Should Have Business Cards